Former Poet Laureate Robert Pinsky’s poem “Exile and Lightning” made an impact when he read it at a PEN America Writers Resist event in January. In front of a crowd that included cultural figures like Masha Gessen, Art Spiegelman, and Amy Goodman, Pinsky issued a striking reflection on the contemporary urgency of historic thought. 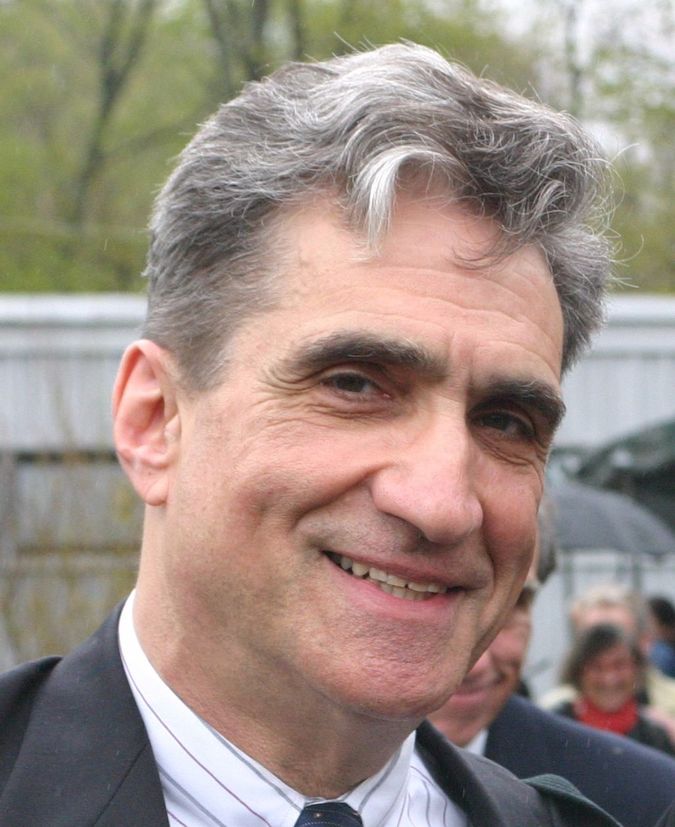 Now, thanks to The New York Times Book Review, you can see how Pinsky refined the poem.

In a feature exploring the poem-writing process of six poets, Pinsky shared the 8th of what he said were 25 “numbered drafts” of the poem. It’s a typed manuscript, scrawled upon in blue and black pen.

“The poem became a bit shorter, more direct, I hope swifter,” he commented, reviewing the draft. “With this version, I got the title (it’s circled). The sketch of a floor lamp reflects my habit: crude little drawings of stuff around me where I’m writing. Sometimes of the pen.”

On the page, that second stanza carries similar themes and references to those it would include in the final poem, but its phrasing is markedly different. “A charismatic indecency rules./But our Grandfather Milosz and our/Grandmother Brooks and the others — /They saw worse than this./Fight first, then fiddle she wrote,/Regarding the Nazis and Jim Crow.”

For that Stanza, Pinsky’s edits are mild: Take out the “A” at the start of the stanza, and replace “wrote” with “says.” Minor changes, they heralded great ones to come. Pinsky underlined the phrase “charismatic indecency,” too. He knew he was on to something good.