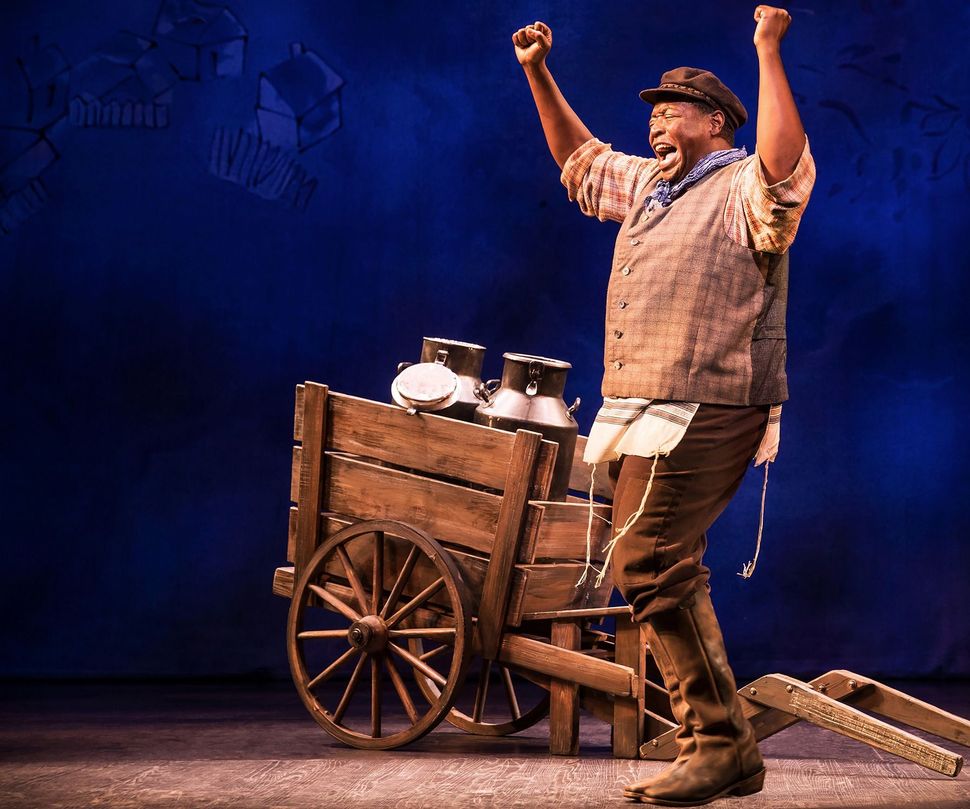 We learn surprisingly little about the Broadway legend Hal Prince in his new musical, “Prince of Broadway.” But one thing we do learn is this: When Jerry Bock and Sheldon Harnick offered him the chance to direct “Fiddler on the Roof,” he demurred.

“I explained that I was not familiar enough with the history of shtetls and the story of Eastern European Jews to qualify,” one of the actors channeling Prince tells us.

It’s an odd rationale – Prince is of old-line German Jewish stock, true, but had he spent much time in Peronist Argentina, among murderous Victorian hairdressers, or alongside spooky, subterranean Parisian opera buffs? In any case, no matter. Jerome Robbins, né Rabinowitz, took on directing duties, Prince produced, and thus, in “Prince of Broadway,” we get an “If I Were a Rich Man” late in Act One.

And that is the point: To have the song-and-dance number, not really to examine anything. 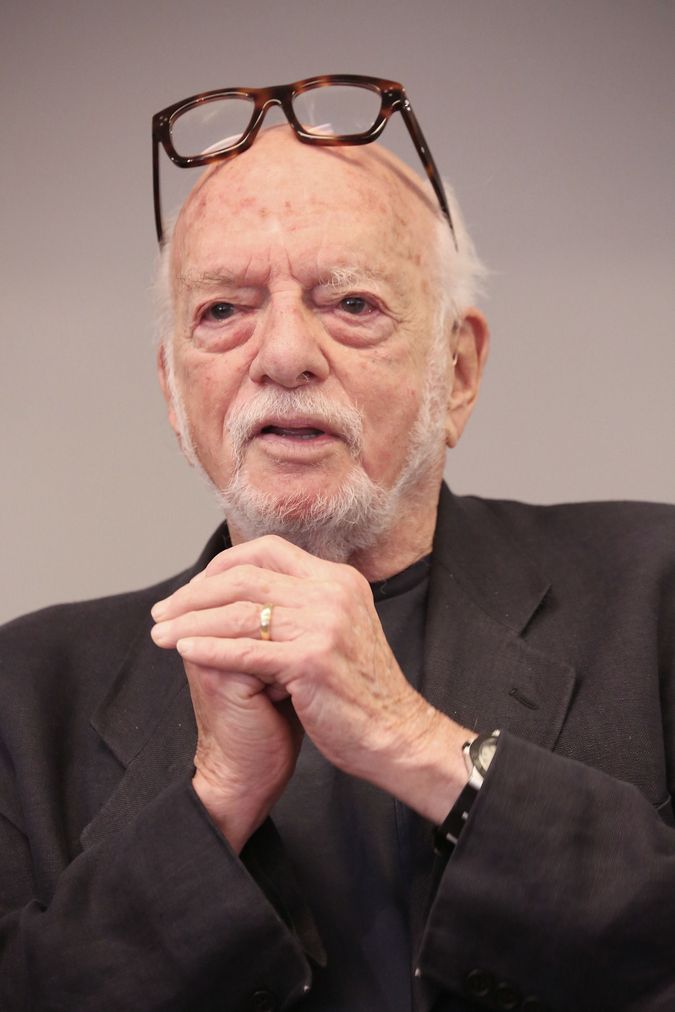 “Prince of Broadway,” which opened on August 24 at the Manhattan Theatre Club’s Samuel J. Friedman Theatre, is billed as a musical celebration of Prince’s much-storied career. As a producer and director, Prince staged some of the 20th century’s greatest Broadway musicals, earning, along the way, a record-setting 21 Tony Awards. In this new production, we see 36 memorable numbers from 17 (mostly) beloved shows, performed by a ravishingly talented cast of nine performers, several of them seasoned old pros. They’re directed by Prince himself, with co-direction and choreography by Susan Stroman.

It’s a lot of fun, but it offers no insight.

Prince – it’s his real name, and a perfectly theatrical one – has had a remarkable career. He talked his way into a job with the legendary George Abbott, and from there he was off. The first two musicals he produced were “The Pajama Game” and “Damn Yankees,” two beloved hits, and the first he directed was “She Loves Me.” (It was his consolation gift from Bock and Harnick, when he passed on “Fiddler.”) When he produced “West Side Story” in 1957 he wasn’t yet 30.

His legendarily fruitful producing-and-directing partnership with Stephen Sondheim yielded “Company,” “Follies,” “A Little Night Music,” “Pacific Overtures,” “Sweeney Todd,” which he merely directed, and “Merrily We Roll Again,” which flopped, ending their collaboration. Despite his shtetl aversion, he also put on, as producer or director, a number of shows about the 20th century Jewish experience, from “Fiddler” to “Cabaret” to “Parade,” a somber musical about the Leo Frank lynching. All of it – except “Pacific Overtures” – is in “Prince of Broadway,” and more: “Evita,” “Phantom of the Opera.”

The show opens on an empty stage. One of the ensemble, the two-time Tony nominee Brandon Uranowitz, enters as Prince. He starts telling the thumbnail version of the start of his career. Different actors – Tony Yazbeck, Emily Skinner, Chuck Cooper, Karen Ziemba, and more – take over for a line or two, all as Prince. Self-effacingly, or as self-effacingly as one can in Broadway show about oneself, Prince credits his success to luck.

“Luck is being born at the right time,” he says. “Luck is knowing what you want to do when you grow up.” After the overture, which ends with Prince’s show titles projected on a scrim, we’re back to narration, introducing “The Pajama Game.” And then the first number, “Hey There,” from the same musical.

In David Thompson’s book, those everyman-Prince characters sometimes reappear to narrate, but more often, they don’t.

Granted, we don’t really need a narrator to explain things when “Follies” shifts into “A Little Night Music.” But it might be nice hear how or why that brings us into “Fiddler,” especially as numbers aren’t always presented chronologically. There’s also no distinction between what Prince produced or what he directed, nor explanation for why he switched from one role to the other.

There’s a brief moment of introduction to Sondheim: “Let me take you back to the opening night of ‘South Pacific.’ A friend said: ‘Steve, do you know Hal? Hal, Stephen Sondheim.’” Strangely, though, there’s nothing on their parting. Most importantly, there’s no sense of how Prince does what he does, how he learned to do what he does, or what the magic is. He likes to take audiences places, we hear a few times. He credits luck. And he likes to work. So would we all, if we could do what Prince does.

Yet because what he does is so remarkable, even this simple greatest-hits selection is delightful.

Jason Robert Brown’s arrangements and orchestrations sound spectacular. Stroman is as sure-handed as ever, if necessarily less creative than usual. And every member of the cast has a standout moment. Yazbeck’s tap-dancing breakdown as Buddy in “The Right Girl” from “Follies” makes you dream of a new revival. Cooper is a less-than-convincing Tevye but a searing Sweeney Todd. Skinner does the “Send In the Clowns” we wished for but never got in the most recent revival of “A Little Night Music.” And Michael Xavier, if an unconvincing Bobby in “Company,” is an impressively possessed Phantom.

In one of Prince’s narrations, performed by Bryonha Marie Parham, he talks of the difference between a hit and a success.