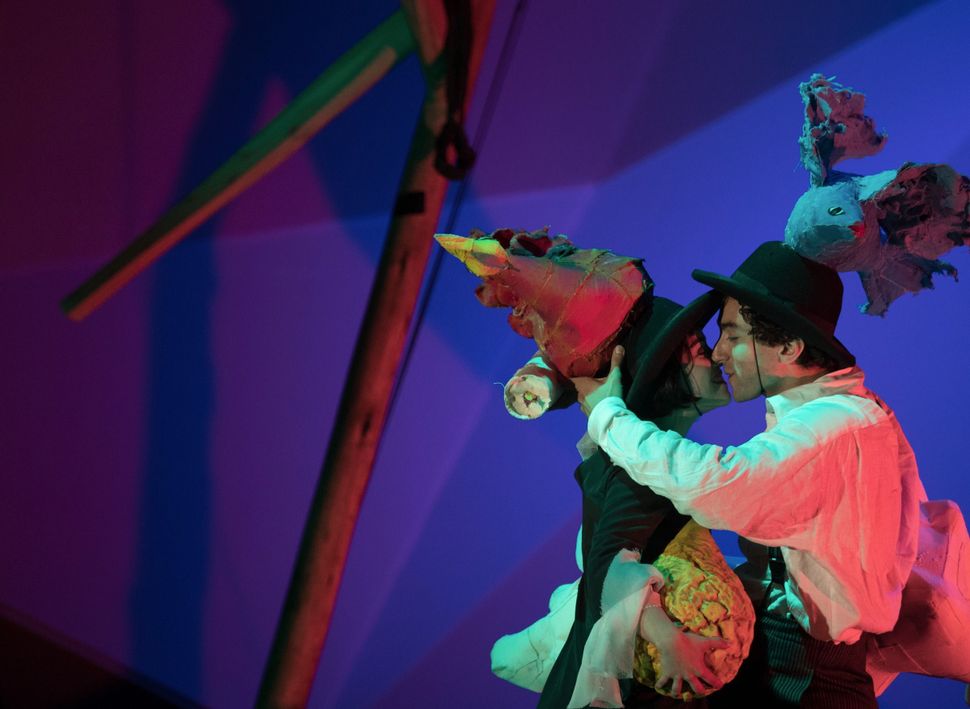 A play about the marriage of Marc and Bella Chagall has won the Carol Tambor Best of Edinburgh Award.

The Award, presented annually since 2004 and considered the most prestigious of the Edinburgh Fringe Festival, comes with a unique prize: A production in New York City. Any Fringe production yet to be staged in New York that gained a review of four or five stars from The Scotsman is eligible for the honor.

“The Flying Lovers of Vitebsk,” a visually surreal portrait of the Chagall’s relationship, was jointly produced by the Cornwall-based theater company Kneehigh and the Bristol Old Vic. Writing of the play’s first production at the Old Vic, The Guardian’s Lyn Gardner commented that it “Capture[d] the vibrancy of Jewish culture and a changing 20th-century Europe lurching from war to war.”

The show’s creative team has not yet announced when and where it will premiere in New York.

Writing to The New York Times, Carol Tambor explained the selection of the play, citing the “singular style” of the direction of Emma Rice and declaring it “a perfect amalgam of terrific music, movement, spoken text, and exquisite staging.”

The play boasts a script by Daniel Jamieson and music by Ian Ross.