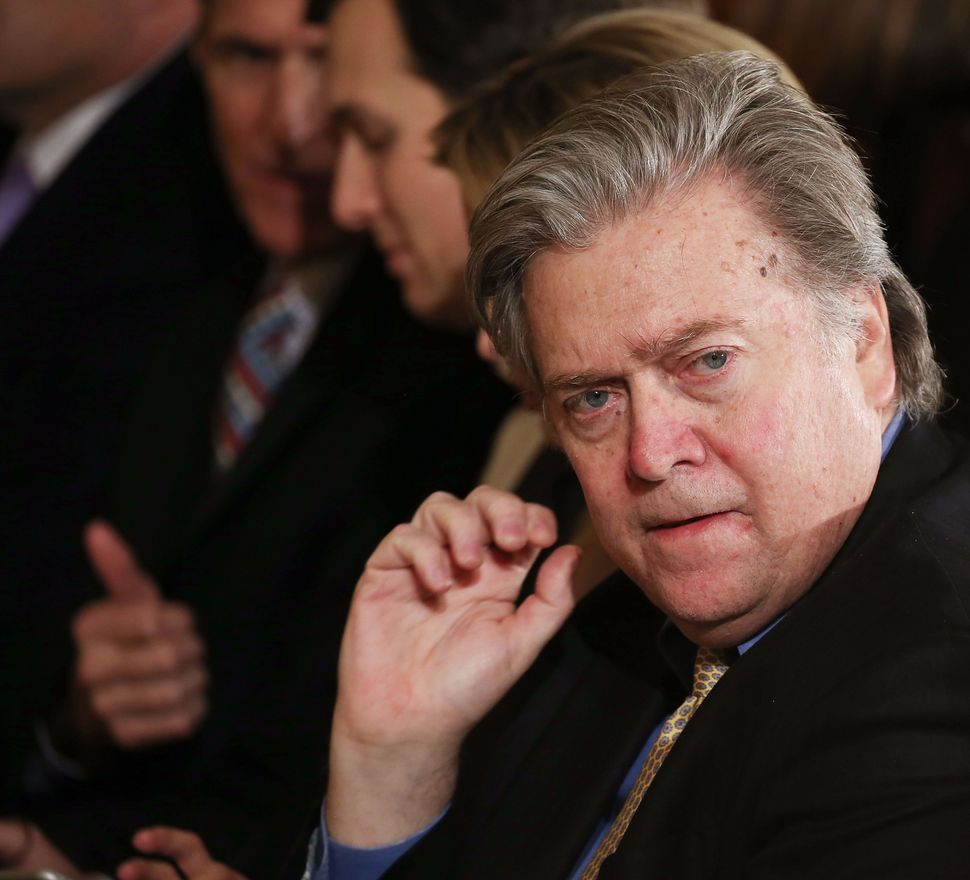 Steve Bannon, President Trump’s former chief advisor, now returned to his previous post as executive chairman of Breitbart News, has long drawn accusations of anti-Semitism, as well as impassioned defenses against the charge.

Now, a new complication has emerged in the debate. Bannon, upon being named to the top spot of the Politico 50 — the magazine’s annual list of the 50 most influential political thinkers in the United States — told the publication that the best book he’s read this year is Simon Schama’s “Citizens: A Chronicle of the French Revolution.”

Much can be read into that choice: Is Bannon trying to start a revolution, bolster what Breitbart has deemed to be his reputation as a “populist hero,” or warn against the perils of poorly-executed, poorly-led revolts?

Yet one less obvious feature of the selection is especially perplexing: Schama, a historian, has been well known in recent years for chronicling the history of the Jews, both in a televised miniseries for the BBC and a series of books. The second of those books, “The Story of the Jews: Belonging 1942-1900,” will be released in the United States in early October.

Could Bannon’s recommendation of Schama, albeit for a work not focused on Jewish history, be part of his attempt to counter the narrative that his own and Breitbart’s attacks on prominent White House Jews aren’t motivated by their religion?

It’s a matter of speculation, but if the choice is pointed, Bannon would be far from the only member of the Politico 50 to make it so.

Norm Eisen, a White House Special Counsel for Ethics and Government Reform under President Obama, 11th on the list, recommended Volker Ullrich’s “Hitler: Ascent, 1889-1939,” famously reviewed as an allegory for the dangers of Trump by Michiko Kakutani in The New York Times. Amy Siskind, an activist blogger who came in 37th on the list, chose Margaret Atwood’s au courant dystopia of women’s oppression “The Handmaid’s Tale.” And Indivisible leaders Leah Greenberg and Ezra Levin, second on the list, selected Zeynep Tufecki’s investigation of effective protest, “Twitter and Tear Gas.”