Critics And Writers Are Defending An Accused Plagiarist. Here’s Why They’re Wrong. 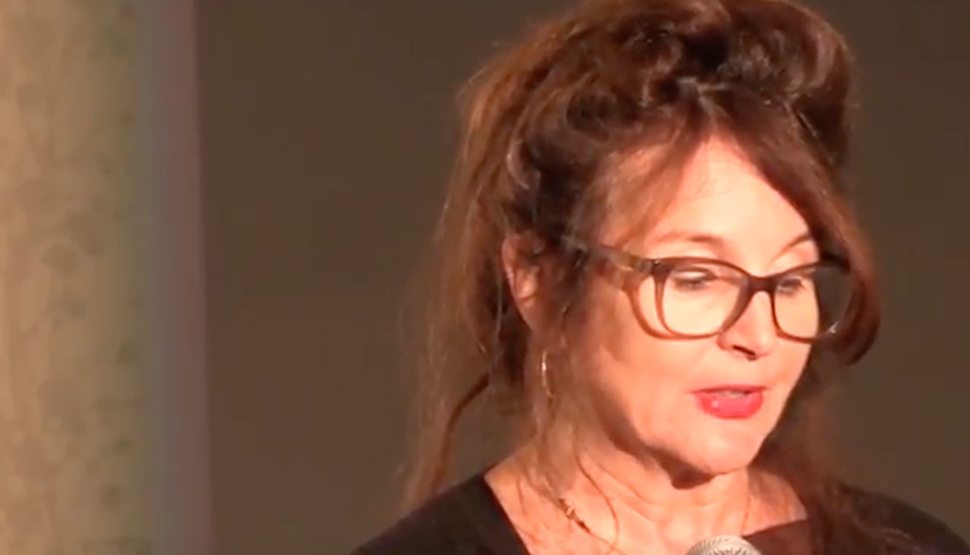 Poet, memoirist, novelist and editor Jill Bialosky, this week accused of plagiarism in her new memoir “Poetry Will Save Your Life,” has degrees from three universities. Each of them has clear standards as to what counts as plagiarism.

“Reproducing another person’s work, whether published or unpublished” counts, according to Ohio University, from which Bialosky has a Bachelor’s degree. Yes, they specify, that includes Wikipedia.

The University of Iowa, where Bialosky received her M.F.A., clarifies that plagiarism counts as plagiarism regardless of whether it’s accidental or intentional. The range of consequences, which can include, for graduate students, disqualification from the degree program in which they’re enrolled, are the same.

Bialosky not only studied under those standards; as a graduate student, she likely taught them. According to William Logan’s October 4 review of “Poetry Will Save Your Life” in The Tourniquet Review, Bialosky included at least eight uncredited passages from three online sources and one fellow author in her memoir, passing them off as her own. Why are her peers in the publishing industry, alongside critics of that industry’s products, excusing her conduct?

Laura Miller is Slate’s books and culture columnist. Roxana Robinson, a biographer, fiction writer and critic, is a former President of the Authors Guild. Susan Shapiro is a memoirist who’s been published in outlets including The New York Times and New York Magazine. Anna March, who uses the scandal as a sales pitch for an upcoming anthology in which her work is included alongside Bialosky’s — solidarity with women writers, apparently, being the sell — writes for Salon. Robinson and Shapiro have both taught at universities.

They’re far from the only people coming to Bialosky’s defense. A popular argument against Logan’s accusations is that Bialosky’s alleged plagiarism shouldn’t count as such, as it appears in the book’s background exposition, impacting neither its thesis or narrative thrust. (This was Bialosky’s own position, in a statement made to The New York Times in which she called the passages concerned “ancillary and limited,” urging that they “should not distract from the thesis of this book, which derives from my own life, my experiences and observations.”)

Also much-cited is the idea that Bialosky’s failure to correctly cite the three online sources from which Logan found she had primarily drawn is an issue of fair use rather than plagiarism. Fair use is a legal doctrine concerning when a party may use copyrighted content without the copyright holder’s permission; according to Stanford University Libraries, fair use in cases of commentary and criticism — the category in which Bialosky’s book would presumably fall — allows critics to “reproduce some of the work” in question. “The underlying rationale of this rule is that the public reaps benefits from your review, which is enhanced by including some of the copyrighted material,” Rich Stim, author of the entry, adds.

The third-most common argument, made in various forms by March and Shapiro, is that Logan’s critique of Bialosky is sexist, and that feminists must therefore stand by her. Logan’s review of “Poetry Will Save Your Life” unquestionably employs sexist tropes, most egregiously in his comment that Bialosky’s “naive tone has rarely been heard in such gosh–geewillikers purity since Shirley Temple hung up her taps.” How, exactly, well-sourced allegations of plagiarism are sexist is unexplained.

Ditto for how fair use might apply: Is the public better served by having Bialosky reproduce, without citation, biographies from other sources than it would be by having her write her own?

Most disconcerting, though, is the first argument: That as Bialosky allegedly plagiarized background writing, not fundamental ideas, the purported plagiarism doesn’t count.

A student can fail or be kicked out of a class, and in some cases expelled, for plagiarizing in exactly that manner. I’m a writer at the start of my career; in an unofficial survey, my editors said that if they were shown evidence I’d plagiarized to a similar extent they would likely fire me. In 2006, then-19-year-old Harvard sophomore Kaavya Viswanathan’s debut novel with Little, Brown, “How Opal Mehta Got Kissed, Got Wild, and Got a Life,” was found to contain several multi-word passages plagiarized from a variety of authors. Her book was withdrawn and her book and movie contracts cancelled.

Viswanathan’s plagiarism was largely incidental to her plot and characters. What distinguished her from Bialosky? There are two obvious qualifiers. First, Viswanathan was an unproven ingenue, whereas Bialosky, an executive editor and vice president at W.W. Norton & Company whose books have been critically and commercially well-received, is an absolute literary insider. Second, Viswanathan plagiarized well-known authors including Megan McCafferty, Sophie Kinsella, Meg Cabot and Tanuja Desai Hidier. Bialosky, with the exception of a passage apparently plagiarized from Helen Vendler’s book “Last Looks, Last Books,” is accused of plagiarizing from three online sources that publish easy-to-share content unattributed to specific authors: Wikipedia, the Academy of American Poets, and the Poetry Foundation.

If the allegations against Bialosky are proven to be true, both she and her publisher, Atria Books, are profiting from the paid work of those institutions, their staff members and their voluntary contributors. The authors plagiarized by Viswanathan were interviewed sympathetically about the controversy. Those defending Bialosky have yet to extend the same consideration to the real, if unattributed, writers whose work she may have passed off as her own.

Literature thrives on ideas revisited and stories re-told. Shakespeare’s plots were nearly never original, but few would argue that “Romeo and Juliet” would as powerful if the backstory told in its prologue were cribbed, word for word, from Arthur Brooke’s “The Tragicall Historye of Romeus and Juliet,” published three decades earlier. (Sorry, Brooke.) Bialosky’s memoir is not Shakespeare, but the idea that only great literature should be held to great standards is intellectually bankrupt. Reinvention can be thrilling; repetition is a bore; outright theft is an affront to the key literary value of originality, in addition to immoral.

Atria Books declared to The New York Times that it does not intend to pull “Poetry Will Change Your Life,” and may, indeed, issue future editions. That’s fine, but Bialosky’s publishers can and should pursue other means of making amends. Here’s one option: Conduct a thorough re-reading of the book to determine exactly how much is plagiarized and from whom, then amend Bialosky’s royalties agreement so that the various sites she plagiarized receive compensation for sales of the book’s current edition commensurate to their uncredited and unwitting contributions. Wikipedia, as any of its frequent readers knows, constantly solicits donations. The Academy of American Poets and the Poetry Foundation are both worthy nonprofits in the arts, never a financially secure position. Bialosky, if she chose, could spin the ethically correct move as a mitzvah.

Critics And Writers Are Defending An Accused Plagiarist. Here’s Why They’re Wrong.