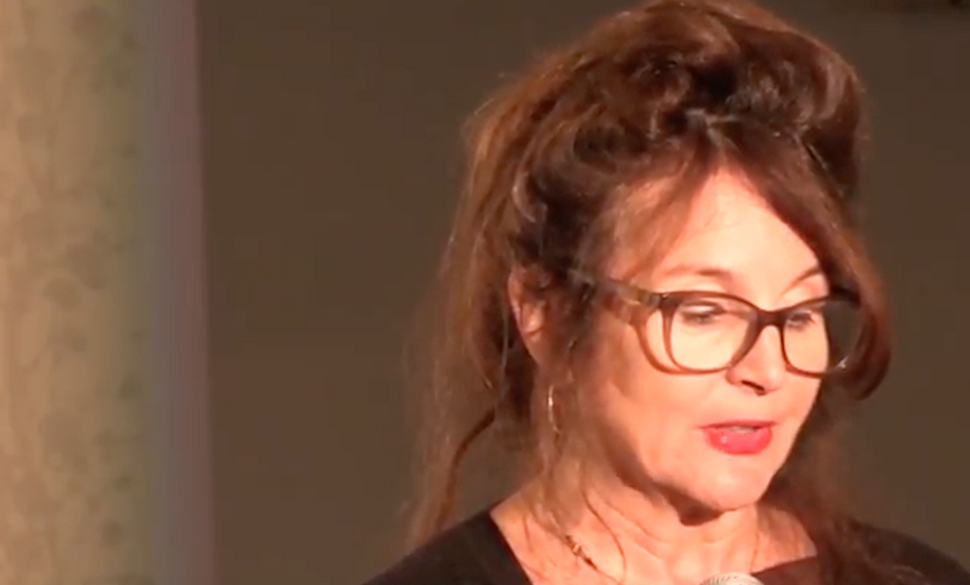 Jill Bialosky, the poet, memoirist, novelist and executive editor at W.W. Norton & Company recently accused of plagiarism in her new memoir “Poetry Will Save Your Life,” has a long list of powerful supporters.

Former poets laureate Robert Pinsky and Louise Glück, Pulitzer Prize-winning novelist Jennifer Egan, and some 70-odd other authors signed a Letter to the Editor, published yesterday on The New York Times’s website, defending Bialosky against the allegations leveled against her by William Logan in the Tourniquet Review.

Those allegations focus on brief biographies of poets whose work Bialosky examines in her memoir. In eight examples, Logan showed striking similarities between the language used by Bialosky in those biographies and content published by the Academy of American Poets, the Poetry Foundation, Wikipedia, and in one instance, the author Helen Vendler.

“We, as writers and friends of literature, wish to register our concern in regard to ‘Author Fights Plagiarism Charges by Critic’ (news article, Oct. 8),” wrote Kimiko Hahn and David Baker in the letter’s introduction. “The Times, by giving a large platform to a small offense, has tainted the reputation of this accomplished editor, poet and memoirist.”

“It is important for your readers to understand that the charges brought against Jill Bialosky by the critic William Logan refer to a handful of commonly known biographical facts gleaned from outside sources,” the letter continued. While its authors acknowledged that Logan’s charges against Bialosky possessed some significance, they emphasized that “it bears saying that Ms. Bialosky’s inadvertent repetition of biographical boilerplate was not an egregious theft intentionally performed.”

In conclusion, the letter’s authors wrote, they stood by Bialosky’s “statement of apology” and advised “It would be a terrible disservice to Ms. Bialosky and to your readers if the article kept people from appreciating her substantial contributions to American letters.”

Bialosky’s statement, published in the Times article with which the letter’s authors took issue, contained no direct apology.

“William Logan has extracted a few ancillary and limited phrases from my 222-page memoir that inadvertently include fragments of prior common biographical sources and tropes after a multiyear writing process,” Bialosky said. “This should not distract from the thesis of this book, which derives from my own life, my experiences and observations. I will, of course, correct any errors that are found for future editions of the book.”

A number of the letter’s signatories have published books through W.W. Norton, some of them, including Hahn and Baker, edited by Bialosky. While The Times cited only a few of the most notable authors to add their names to the letter, the full list is accessible on Bialosky’s personal website.

The Forward, which reported on Logan’s allegations before The Times, received no similar letter.

Last Friday, I wrote for The Forward about the many ethical and intellectual problems surrounding similar defenses of Bialosky. After reading this letter, I would add one more point, and emphasize another.

Hahn and Baker’s letter criticizes The Times for making the editorial decision to report on Logan’s accusations, suggesting that Maya Salam and Matt Stevens’s article, more than Bialosky’s apparent plagiarism, is responsible for marring her name. The maintenance of Bialosky’s reputation is the concern of Bialosky and her publisher; it neither is nor should be the particular care of The Times, or any other media outlet. Journalistic ethics do not suggest that individuals who make notable contributions to their fields deserve less serious scrutiny of their actions.

The letter also refers to the passages Bialosky is accused of plagiarizing as “biographical boilerplate.” That phrase obscures the simple fact that such so-called “boilerplate” always has an author. The facts that Bialosky re-stated may or may not be common knowledge. The phrases she used to do so were specific to their original writer, even if that writer’s work was published without attribution.

None of the authors who signed Hahn and Baker’s letter, I would hazard to assume, would be content to have their work used by a fellow writer in the way Bialosky appears to have used the mostly-anonymous work Logan cited. As Bialosky’s notable status in her field does not exempt her from journalistic examination, the notable status of those who defend her does not signify that it would be morally worse to plagiarize their work than any published without attribution on the internet.