Q & A: David Lang, Bang On A Can Co-Founder, Bargains With God 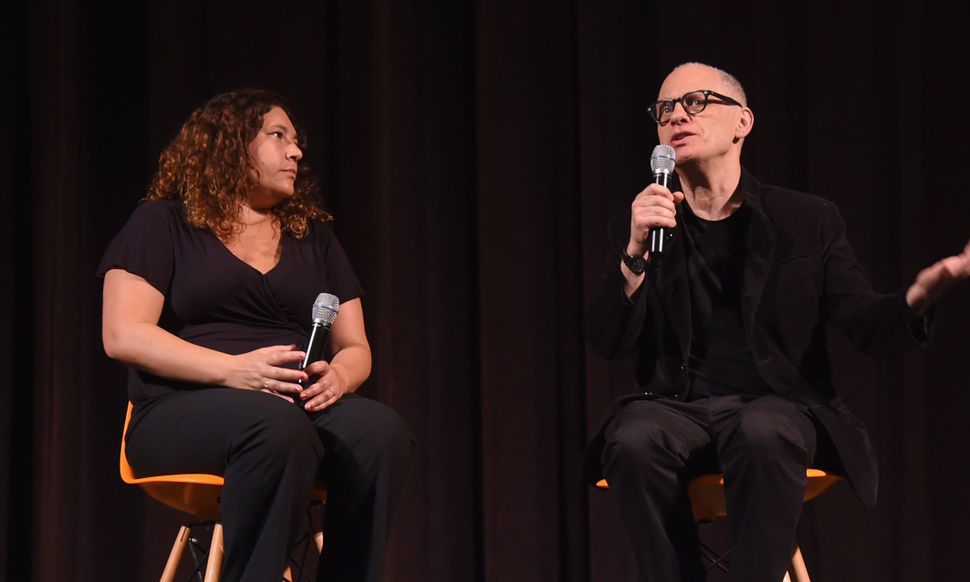 You have suffered a loss. You are grateful to God. You rage, you plead, you express your love. You are a sinner, a mourner, a citizen, alive.

There is a psalm for most every experience in the handbook of humanity. And through a monumental program currently running at Lincoln Center, “The Psalms Experience,” audiences can sample that range as expressed by an astonishing variety of voices. The 12-concert series, which opened on November 1 and will conclude on November 11, features settings of all 150 psalms, each by a different composer, performed by some of the most accomplished choirs in the world.

David Lang, the Pulitzer Prize-winning composer of “The Little Match Girl Passion” and co-founder of the contemporary classical music organization Bang on a Can, was commissioned to compose a psalm setting for “The Psalms Experience.” He chose Psalm 101, which will be performed in a November 4 concert featuring psalms on the theme of justice. We spoke about the project; read excerpts of that conversation, below.

Talya Zax: Lincoln Center commissioned a new work from you for “The Psalms Experience.” Can you tell me about the process of working on that composition?

David Lang: What I have always really liked about the Psalms is that they’re sort of a catalog of all the different things that you might say to God, all the different conversations you might have. They’re praise and complaint and self-criticism and prayers for protection. What I loved about [Psalm 101] was that it seemed to be kind of like a bargain, that basically it’s saying “If I will sing of mercy, will you come to me?” That’s a strain of negotiation that I like about Judaism; you’re in conversation with God all the time. I thought I would rewrite this text to highlight, all throughout it, how that bargaining works out.

I’m moderately religious, and so I have my book of Tehillim and take it around with me. I’ve done other projects which are related to Psalm-singing, so it’s completely familiar to me.

One of the great things, for me, about working with religious texts is that it’s a great opportunity to question yourself, to see what you believe. Composing can be very lonely, and you end up spending a huge amount of time in your studio thinking about yourself. It’s kind of a gift when a project comes along that gives you a chance for self-examination. I was surprised how intense it got; it began as a sort of intellectual question: If I do this, will you come to me? But then when I started setting it to music it became really sort of emphatic. It really seemed like the Psalmist, at least in my setting, is experiencing some frustration and pain at not knowing where God is.

What other musical settings of the Psalms would you recommend?

Steve Reich’s piece “Tehillim” is pretty amazing. You can’t go wrong with Stravinsky’s “[Symphony of] Psalms,” which is pretty incredible.

I think they’re very honest. They’re very plainspoken. Sometimes when you read the Torah you’re reading about people who are more holy and more august and more wise than you are. The Psalms seem to me to be in an ordinary voice; they could be in my voice. They represent the fears of everyday people. There’s things that remind me of my life in the Psalms. They’re a more universal part of devotion.

Tell me about your previous settings of the Psalms.

I wrote a gigantic piano piece where I transcribed the first two books of Psalms; I transcribed them [so] every syllable in the Hebrew had a musical note attached to it. It’s a project that’s not really available for one reason or another right now. But it’s a project I really intend to complete and to finish. It was an interesting act of translation. I liked translating the sense of the Hebrew passing by. The sense of chanting. These things are all made to be done out loud. The cantillation from them has been preserved forever. Think of them not just as text with meaning, but of music as something that’s built into them.

Your piece is part of the program titled “Justice.” Did ideas about justice influence your work in composing this? If so, how?

This psalm actually speaks of justice. It’s an interesting thing to think about in the world we’re in right now. It’s saying, essentially, “What is the benefit of leading a just life?” It’s saying, the way I have translated it, “You do these things because everyone has accepted that this is a good.” You live a just life because it will give you a just result. Part of the negotiation is saying “I am trying as hard as possible to hold up my end of the bargain.” What is the bargain, and what is it worth? You can’t really have a civilization unless you believe that it’s worth something to you to be civilized. There are [people] in our society that are questioning that right now, and I think it’s kind of terrifying.

Does composing a setting for a religious text differ in process, for you, from composing secular works?

I set a lot of religious texts, and I set them in exactly the same way as this. I read them and think about them and try to use the piece of music to get closer to decoding how I actually feel. This kind of job is really right in the middle of my practice. I have settings of the Song of Songs, I have settings of my own rewritings of my own translations of Kohelet, and I’m working on a Megillah.

I feel like my job is to be a reader of the text. I think what I really hope to do in these text pieces is just be a better reader. I hope someone in the audience will read the text and think about it more carefully because they hear this music.

What are your thoughts on the project of “The Psalms Experience?”

This idea of saying “This is such an important body of work that goes across the centuries in Western classical music,” that’s a very powerful idea for me.

Things that have such a long tradition – I don’t know what else there is in western music. The minute this project was described to me it seemed like it was a natural. I couldn’t believe that no one had done this before.

Q & A: David Lang, Bang On A Can Co-Founder, Bargains With God