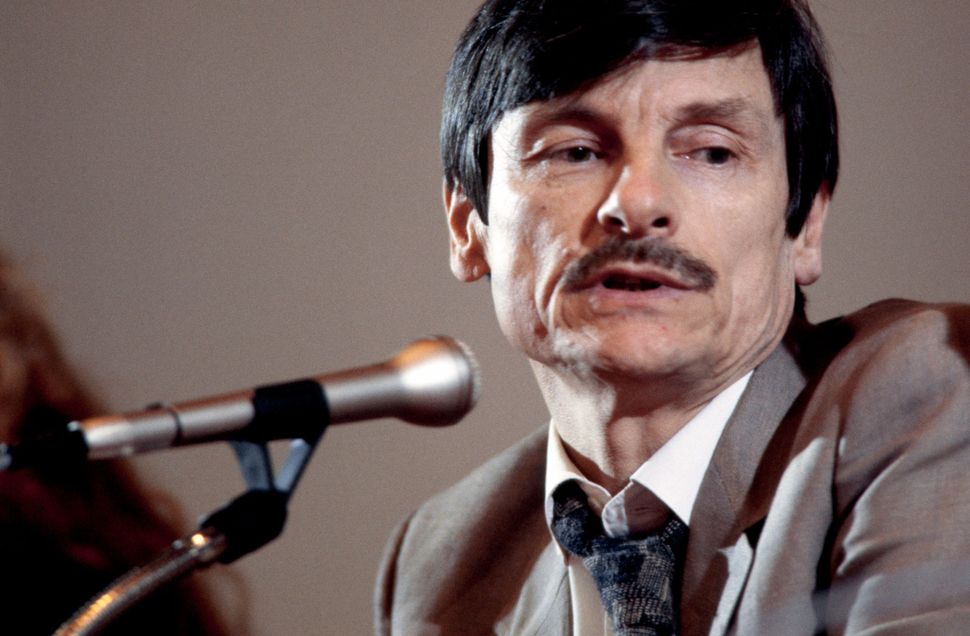 What is Movie Thursday? We’re thrilled you asked. Starting today, every Thursday the Forward will publish a roundup of its best film coverage from the last week. This is where you can find movie recommendations for the weekend, essays on filmmakers, film history and more, and the latest news about Hollywood. Thus: Lights, camera, action!

The Forward’s Daniel Witkin looks back at Tarkovsky’s last film, “The Sacrifice” (1986). Tarkovsky, Witkin explains, was “exiled from one of the Cold War’s superpowers and had been thoroughly nonplussed by the other.” Learn how “The Sacrifice” reflected that experience of the world, and what it might mean for us today.

1945: Two Orthodox Jews return to their Hungarian town, where many of their Christian neighbors had become Nazi collaborators. Could any situation be more painful, or serve as more provocative dramatic fodder? That’s the setup for the new film “1945,” written by Ferenc Török and Gábor T. Szántó and directed by Török. Simi Horwitz spoke to the duo about the film. “I wanted to tell a complicated story in a straight-forward, simple way, to make it as focused as possible,” said Török.

Hedy Lamarr, born Hedwig Kiesler, lived a life stranger than fiction: She was a movie star, declared to be the world’s most beautiful woman, and the inventor of technologies that underly contemporary Wi-Fi, Bluetooth and GPS. Alexandra Dean is directing a new film based on Lamarr’s life, set to open later this month; Daniel Witkin reported on an interview she did about her polymathic subject with Smithsonian Magazine.

The New York Times and New Yorker’s initial reports on accusations that Hollywood mogul Harvey Weinstein had sexually assaulted and harassed women for decades set off a chain reaction, as more women stepped forward with allegations against both Weinstein and a series of other powerful men in the movies and media.

This week saw new accusations about Weinstein going back to the 1970s, fallout from last week’s revelations about alleged sexual misconduct by Leon Wieseltier, and the number of women to accuse director James Toback of sexual misconduct reportedly skyrocket to over 300. Actor Kevin Spacey was accused of sexual assault and harassment first by actor Anthony Rapp, then by a number of other men whom he had encountered over the years; “X-Men” director Bryan Singer faced multiple public allegations of sexual assault; producer-director Brett Ratner faced six allegations of sexual assault and harassment, with another 20 rumored to have been reported to journalists pursuing his story; and talent agent Tyler Grasham faced a number of allegations of sexual misconduct. Is a change in industry norms on the horizon? We can only hope — and thank those who have been brave enough to share their stories in efforts to make it so.

That’s your first Movie Thursday, folks. Tune in next week.