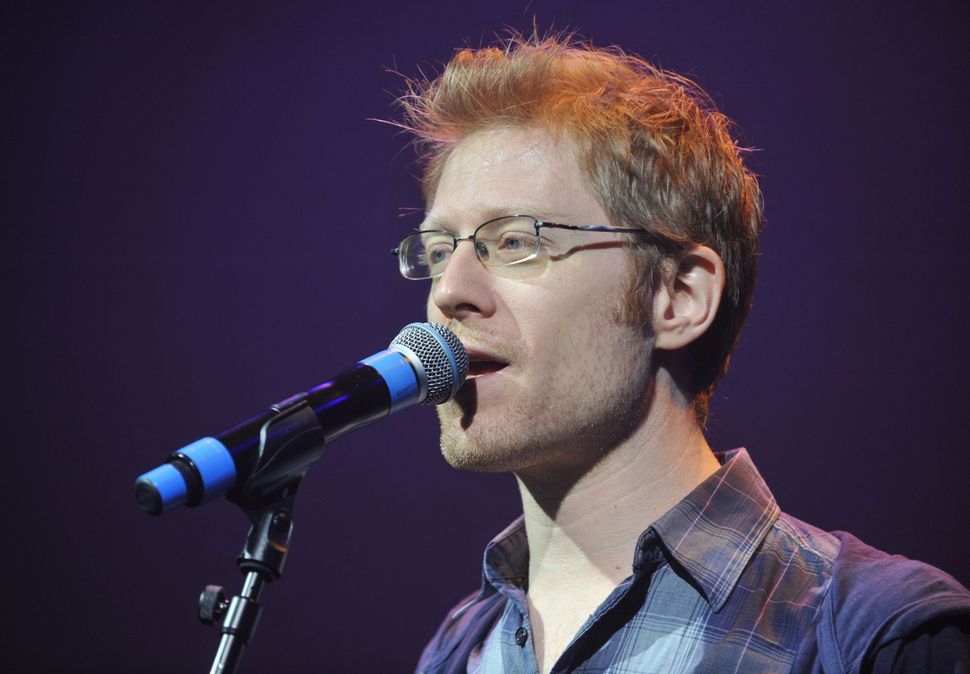 Last night, Buzzfeed News published an exclusive report detailing an alleged childhood sexual assault on actor Anthony Rapp by Kevin Spacey. Spacey, a two-time Oscar winner and current star of “House of Cards,” said last night that he doesn’t remember the interaction with the then 14 year-old boy, but apologized “for what would have been deeply inappropriate drunken behavior.” Spacey went on to come out as a gay man in the same post, an event which has been much anticipated by his fans during his decades-long career.

to shine a light and hopefully make a difference, as they have done for me. 2/3

As a beloved performer comes out as gay amidst accusations of sexually assaulting a child, let’s turn for a moment from the painful focus on Spacey and give our attention to Anthony Rapp.

Who is Anthony Rapp?

The name Anthony Rapp might not ring a bell, but if you lived through the 90s, chances are Anthony Rapp’s soul-piercing voice has rung in your eardrums. In Jonathan Larson’s 1994 masterpiece musical “Rent,” Rapp played Mark Cohen, the conscience of the Alphabet City Bohemians fighting AIDS, addiction, and gentrification. With extreme sincerity he presented one of the best and truest and least stereotyping portrayals of a “nice Jewish boy” seen before or since. The show won the Tony Award for “Best Musical,” and Rapp’s ecstasy of youth as he leads the cast in “La Vie Boheme” and his prophetic angst as he sings, “How do you document real life when real life’s getting more like fiction each day?” were immortalized.

Rapp Was One Of the First Openly Queer Men On Broadway

Rapp has been open about his sexuality, which he describes as “queer”, since 1992, which has likely affected his career prospects as an actor. On this week in 1997, Rapp and his father were the cover story on “Advocate” magazine, discussing Rapp’s sexuality and his family’s support. Rapp has not only lived proudly and openly as a queer man throughout his adult career, he has also spoken out against proscribing sexual binaries before that was a mainstream discussion. Of sexuality, he has said, “There’s a fluidity to it to some degree in some cases. I’ve always liked the word “queer,” because it’s an umbrella word that covers all of it. I also like the fact that “queer” was reclaimed from being an epithet to being a word that’s empowering.”

Tangoing With Nanette Himmelfarb, the Rabbi’s Daughter: True or False?

Rapp has taken to Twitter to clarify that unlike his character Mark Cohen, he is happily not Jewish but Jew-ish.

I’m a 1/4 Jewish, but since it’s from my dad’s side it doesn’t officially count. RT @chloeeelambbb: @albinokid are you Jewish in real life?

Oh, and my paternal grandfather was Jewish, but it passes down the maternal line, so it doesn’t *really* count. 🙂

It certainly counts to us, Anthony!

Rapp brought his charm and impressive blondeness to the CBS “Star Trek: Discovery” as the franchise’s first out gay character, Lieutenant Paul Stamets, who Rapp described as, “a gay character [who was] created in a complex and human and non-stereotypical, interesting way.” Rapp said that though the after-the-fact revelations about George Takei’s original Star Trek character Sulu were meaningful, Lt. Stamets represents a step forward. “We actually get to see me with my partner in conversation, in our living quarters, you get to see our relationship over time, treated as any other relationship would be treated,” he said.

Thanks for leading the way, Anthony!