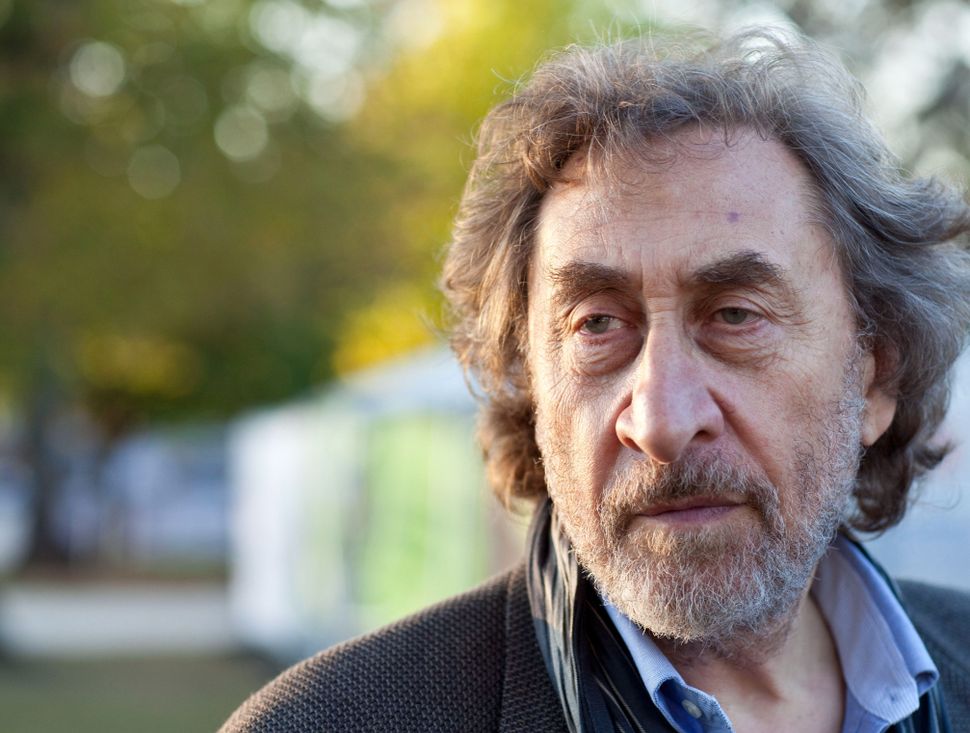 Three of the United Kingdom’s most prominent Jewish authors stepped forward yesterday to condemn anti-Semitism in one of the country’s leading political parties.

In a Letter to the Editor published in The Times, Simon Schama, Howard Jacobson and Simon Sebag Montefiore criticized the Labour Party, led since 2015 by Jeremy Corbyn, for failing to check anti-Semitism within its ranks.

“We are alarmed that during the past few years, constructive criticism of Israeli governments has morphed into something closer to antisemitism [sic] under the cloak of so-called anti-Zionism,” the authors wrote.

“Although anti-Zionists claim innocence of any antisemitic [sic] intent, anti-Zionism frequently borrows the libels of classical Jew-hating,” they added. “Accusations of international Jewish conspiracy and control of the media have resurfaced to support false equations of Zionism with colonialism and imperialism, and the promotion of vicious, fictitious parallels with genocide and Nazism.”

A number of incidents under Corbyn’s leadership have drawn allegations that the Labour Party is failing to address endemic internal anti-Semitism. Foremost among those was the decision to suspend rather than expel former London mayor Ken Livingstone from the Party following his defense of Labour MP Naz Shah for sharing anti-Semitic content on social media and his suggestion, aired on BBC Radio London, that Hitler had at one point supported Zionism. (Shah was suspended from the party for her posts, but apologized and was reinstated before the period of the suspension expired.) This September, a number of Labour party members attended an event called “Free Speech on Israel” at which speakers called for two prominent Jewish Labour groups — the Jewish Labour Movement and Labour friends of Israel — to be expelled from the party.

In their letter, Schama, Jacobson and Montefiore provided a brief history of Zionism, dating its first emergence to 70 C.E., and explaining that its contemporary variant “was a response to the centuries of persecution, expulsions and mass murder in Christian and Muslim worlds that continued from the Middle Ages to the mid-20th century.” They also asserted support for “a Palestinian state” to “exist peacefully alongside Israel,” and that they had no intent to minimize the difficulties faced by Palestinians or Israel’s responsibility for helping create those troubles.

Schama and Montefiore are respected historians, both of whom have written about the history of the Jews; Schama recently released the second volume of his “The Story of the Jews,” and Montefiore is the author of “Jerusalem: The Biography” (2011). Jacobson is a novelist and journalist who won the 2010 Man Booker Prize for “The Finkler Question.”

“Mr. Corbyn goes out of his way not to use the word ‘anti-Semitism,’and when he is forced into condemnation of it he invokes the platitude that Labour opposes all racism and discrimination,” Jacobson wrote in an October op-ed in The New York Times. “The ‘all’ is important. Burying anti-Semitism among offenses such as bullying and sexual harassment is a dodge to equalize things that are not equal and in the process ensure that anti-Semitism is rarely privileged with a mention of its own.”