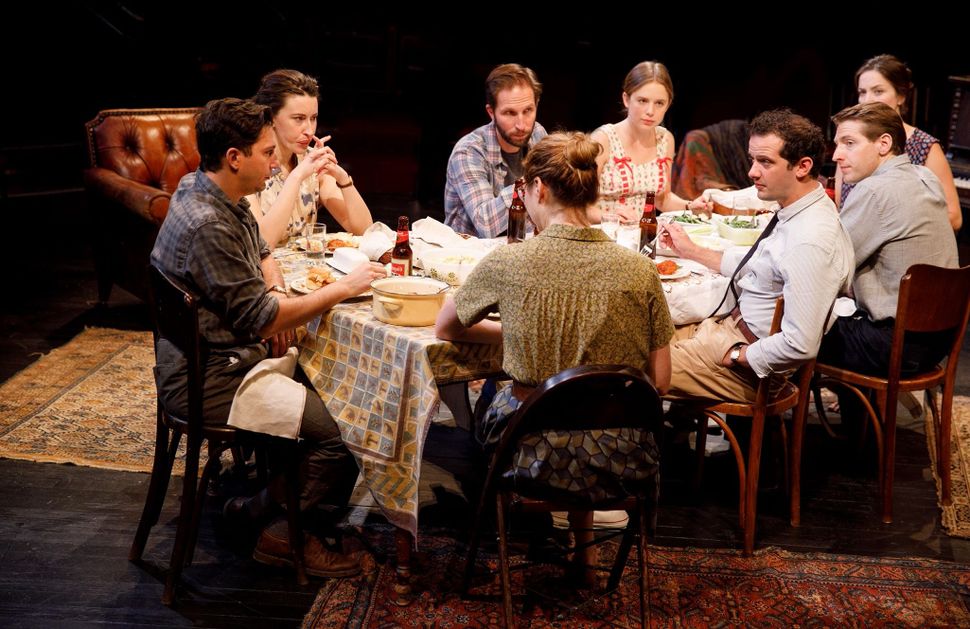 Is there one right way to make art?

Should it be an idealistic endeavor, best pursued without interest in fame or compensation? Can artists seek professional success without having to compromise their art to match their patrons’ values? If ideals and commercialism clash — for instance, if one has a young child to provide for, an imperious urban planner to appease, and a set of artistic aspirations masquerading as moral imperatives — how does any artist strike the balance?

Such questions, as old as art and as hackneyed as the worst of it, underscore “Illyria,” a new play written and directed by Richard Nelson which runs through December 10 at the Public Theatre. That play recounts an early episode in the Public’s history, namely the struggle of the theater’s founder, producer Joe Papp, to put on free-to-the-public Shakespeare in Central Park.

Every member of the audience knows how that story ends. Many have likely woken before dawn on a summer’s morning to try and score a ticket, free in cash if not in labor, to contemporary iterations of Shakespeare in the Park, now glamorously produced in the Delacorte Theater. That fact removes a common driver of dramatic interest from Nelson’s toolkit: The story, framed as a traditional narrative, can involve no traditional suspense. The outcome is known. How it came to be remains a mystery.

This is comfortable territory for Nelson, whose recent work has been rigorously realistic. His two most notable recent endeavors, the four “Apple Family” plays and three-play series “The Gabriels,” premiered at the Public; each follows a small group of characters, centered on a single family, over the course of months or years. “The Apple Family” plays, which debuted between 2010 and 2013, chronicle the lives of a fictional Rhinebeck clan as they experienced major political events and mused on pivotal moments in American history; the plays of “The Gabriels” trace an unorthodox family through the 2016 election. The Apples and the Gabriels cook, converse around tables, and show audiences the absolute normalcy through which many Americans experience what they will later understand to be seismic shifts. 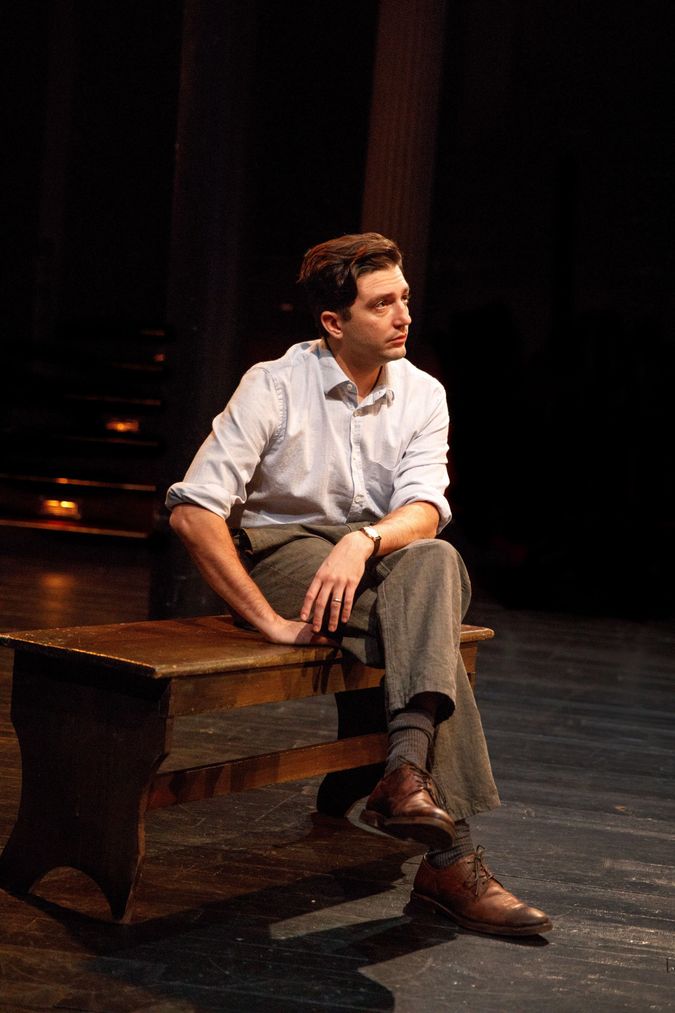 “Illyria” is also focused on a sort of family, this one linked by what at first appears to be a shared artistic vision and passion rather than blood. Papp and his wife Peggy, an actress of dubious talent and commitment, are parents to an infant; director Stuart Vaughan assists Papp’s early Shakespearian efforts but resents his suffocating insistence on artistic control; Vaughan’s wife, Gladys, serves as Papp’s loyal assistant. They are occasionally joined by a composer, some stage managers, a press agent and a few stray actresses.

Again, Nelson’s eye is drawn to the political concerns that lace the group’s sometimes languorous, sometimes rancorous conversations. Several members, including Papp, are called to testify in front of the House Un-American Activities Committee. Robert Moses, in the thick of the battle to build a highway through Washington Square Park, spares the time to try to force Papp and company to either charge an admission fee or surrender their right to perform. (Moses, who lost the fight, intended for 10% of the theater’s revenue to address so-called “grass erosion.”) It’s 1958 in America, and the little guy is on the outs.

The draw of Nelson’s conceit is obvious: Shakespeare, Papp’s beloved subject, wrote masterful depictions of the ways in which the historic movements of a society inexorably intertwine with the lives of its most ordinary citizens. (Revisit “Hamlet” for its gravedigger, “A Midsummer Night’s Dream” for its Rude Mechanicals — a crew of hapless, inept peasant actors — and “Twelfth Night,” set in an imagined country from which “Illyria” takes its name, for its cross-dressing heroine, who finds herself unwillingly at the center of political alliance-making.) Papp and his crew, professional, sophisticated variants of Shakespeare’s Rude Mechanicals, could easily be envisioned as serving a similar function, illustrating exactly how insidiously political power affects the lives of civilians, as well as the bravery of those citizens in fighting back.

They’re certainly entertaining, with Will Brill giving a particularly fun performance as Bernie Gersten, a stage manager who works at another Shakespeare festival out of town. The group’s conversations can be illuminating and surprisingly funny, as when press agent Merle Debuskey, played by Fran Kranz, declares that working for cheap Shakespeare, unlike working for free Shakespeare, goes against his ideals. After a silence, John Magaro’s bellicose Joe Papp asks, incredulously, what on earth that means; Debuskey, eliciting laughs, can’t say.

Yet the characters are too holed up in their own internal squabbles, including a profoundly annoying ancillary love triangle, to do what Shakespeare’s small folk did. Nick Bottom, the “Midsummer” unfortunate who has his head turned into that of an ass, is a ridiculous character; his very ludicrousness frees him, in a literary sense, to illustrate some profound and affecting truths. Viola, the heroine of “Twelfth Night,” has a wry sense for her own strange position, observing it intimately, yet also with the distance of a playwright. She is playing a character, so she can believably interpret her own increasingly strange misadventures from a politically lofty perspective.

Papp and his compatriots, in contrast, see themselves as characters only insofar as they uphold appearances for their friends — or, as in a remarkable monologue by John Sanders’s Stuart Vaughan, they consciously refuse to do so — a perspective less friendly to the illustration of broad, complex ideas. The range with which they perceive their own world, unlike that which Shakespeare allowed his most ordinary characters, is too limited to allow real discovery.

“Illyria” is a movingly human, if often stagnant, paean to the founding of one of New York’s greatest and most innovative theaters. But during the play’s last scene, in which Papp interminably mopes after a late-summer performance of “Twelfth Night,” it was difficult not to wish that I was watching that play, in its bawdy, complex glory, instead. Power impacts art, and art-makers suffer crises over how to do their work well: A great story can be told of these themes. But it requires, even in its most apparently dismissible narrators, great tongues to tell it.