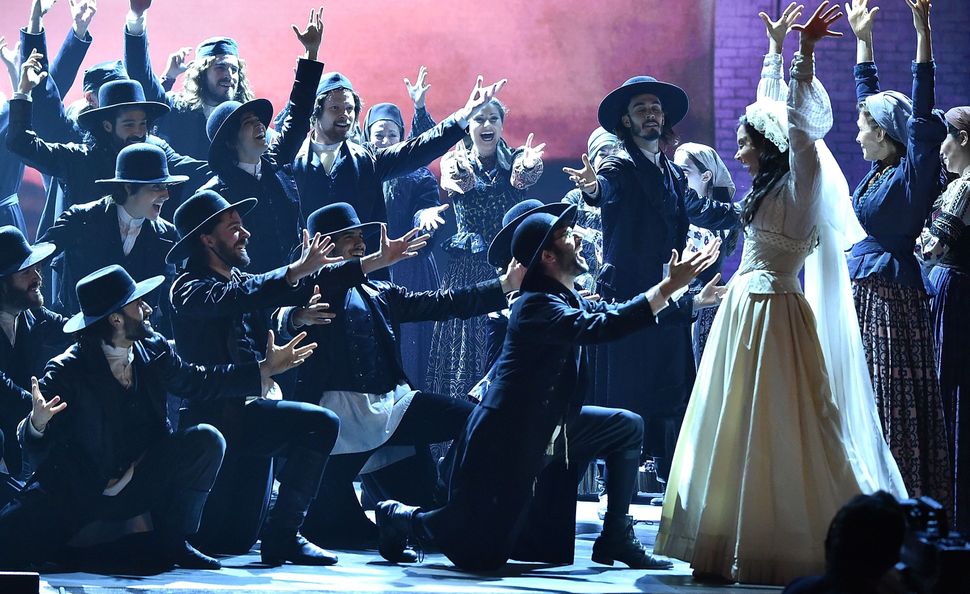 Broadway favorite “Fiddler on the Roof” began life as a Sholem Aleichem story, penned in its author’s native Yiddish. The show will return to that language in summer 2018, in a production by the National Yiddish Theatre Folksbiene.

As The New York Times’s Sopan Deb reported, Sheldon Harnick, the much-acclaimed lyricist of “Fiddler on the Roof,” will serve as a consultant to the Folksbiene as they adapt his best-known work.

As Terry Gross noted in a 2016 interview with Harnick and his late “Fiddler on the Roof” writing partner Jerry Bock, very few Yiddish phrases appear in the musical. The decision not to feature them, Harnick explained, stemmed from his visit to a performance by comedian Lenny Bruce. Harnick noticed Bruce’s use of Yiddish would elicit laughs from some, but confusion from others. “So I thought it’ll be probably useful to use a couple of Yiddish words in our show, in the dialogue and in the lyrics — just a couple for flavoring,” he said. “But if anyone laughs when they’re used then they come out.”

Director Jerry Zaks will also consult the Folksbiene on their production, which will take place at Manhattan’s Museum of Jewish Heritage.

In a statement quoted by The Times, Folksbiene CEO Christopher Massimine explained that Aleichem would be a meaningful character in the Folksbiene’s interpretation of “Fiddler on the Roof.” The production will be framed as a “historical retrospective hypothetically introducing the idea that Sholem Aleichem has been present at the conception of the adaptation of his work for the musical stage,” he said.

Yet to be determined: Whether or not the Folksbiene will take a lead from Zero Mostel, who originated the starring role of Tevye on Broadway in 1964. As Harnick told Gross, Mostel took an occasionally profane Yiddish liberty with the text of the show.

“Zero would occasionally go into a matinee and use more Yiddish than we ever could’ve dreamed of in certain performances to sort of make him a confidant of what he thought that kind of audience was,” he said. “We all — we all thought that was naughty, to put it mildly.”