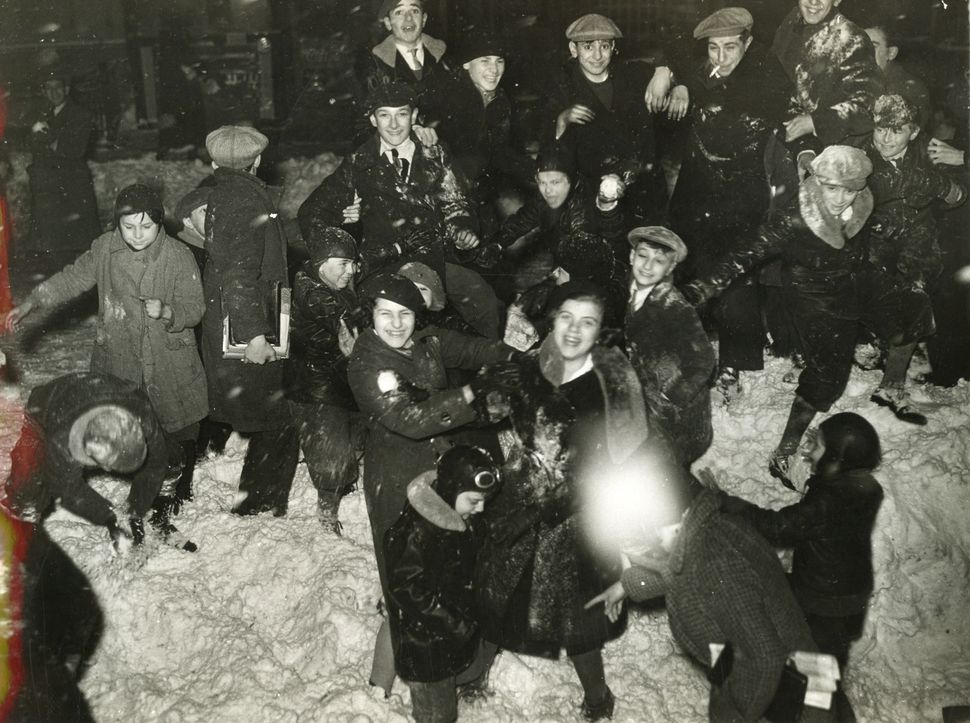 In the days before storms were given hipster names and the meteorologists were dropping bomb cyclones on it, the East Coast used to look back with dread at the storm of ’88.

The Great Blizzard of 1888 was the great grand-daddy of storms, with up to 58 inches of snow drifting with powerful winds up to the second story of some New York buildings. It was massively fatal and the nightmare of 400 dead would haunt storm reports in the Forward for decades.

Forty years and one day later, the Forward’s page four coverage of the March 1928 snow storm was still talking about how survivors were suffering flashbacks. Even as 13 people were killed by the storm of February 1934, the benchmark was the Great Blizzard was being billed as the strongest in 46 years.

Not all storms provoked such frightening coverage. In March 1920 the major worry was a lack of milk in New York, in the 1930s coverage included kids out in the streets throwing snowballs at each other, and in the 1950s this lady and her dog were not about to let a sprinkling of snow stop their evening walk. 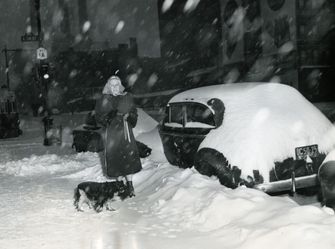 But despite the cute name, Winter Storm Grayson is far more worrying than any storm since perhaps the Great Blizzard. Not so much because of the savage storm or the crippling cold — though those too may cause fatalities — but because of the fragility of the global weather systems that it portends.

When the East Coast hit previous temperature lows in 2014, our columnist J.J. Goldberg explained how the polar vortex swirling down as far as the nation’s capital was a result of climate change.

He said then that:

as the polar ice cap melts, the Arctic Ocean’s dark surface absorbs the sun’s rays instead of bouncing them back into space… The warmer sea heats the air… causing [the jet stream] to bulge southward in unpredictable ways. Cold Arctic air follows behind, like the air in a balloon when you squeeze it.

Southward distortions of the polar jet stream are nothing new. Lately, though, as the ice melts, they’re getting bigger and more frequent, with extreme consequences.

It’s only 3 years since we learned about the polar vortex and we are already facing down a bomb cyclone. 1888 may still be the biggest storm of the last 150 years, but if we keep nudging the global temperatures up, we won’t have to wait very long until it’s beaten. Let’s just hope that the metric on which it’s beaten is not fatalities.