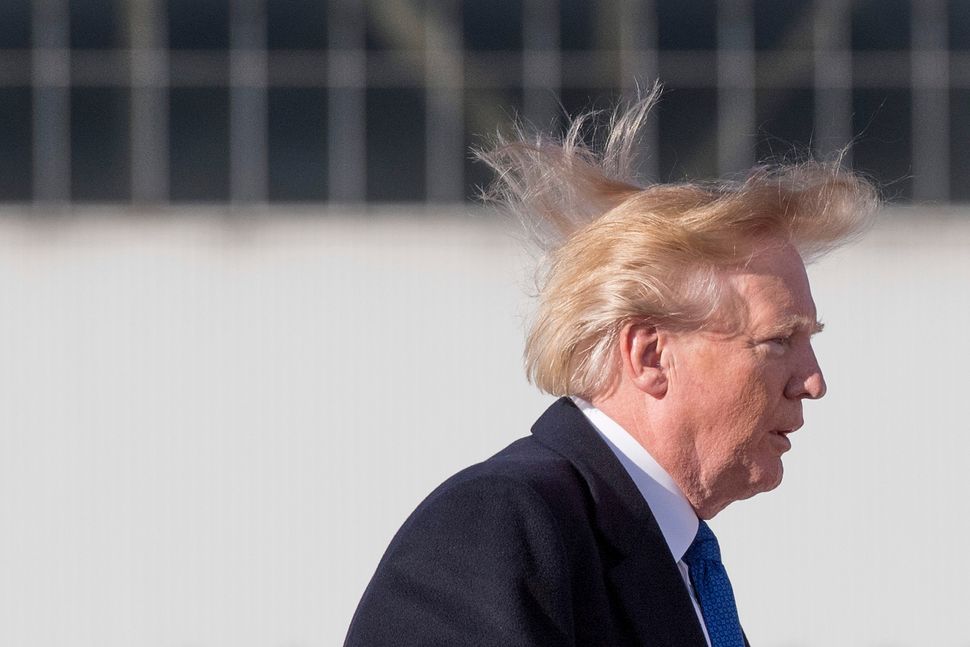 If you’re wondering what “shithole countries” are in Hebrew, here’s the answer from Israeli newspaper Haaretz: medinot mechurbanot.

Countries = medinot. And, well, shitty = mechurban. Of course, churban is “destruction” in Hebrew, as in the destruction of the Temple. Or Temples.

For the uninitiated, churban is a college-appropriate word, but mechurban is not.

Maybe a nicer way of translating Trump is to take a cue from Temple history and say “post-destruction,” which seems to apply these days not only to Temples but also to presidencies.

Mechurban is not exactly elevated, fit-for-company Hebrew, but it sounds a little better than the word Trump chose: “shithole.” In both Haaretz and Yediot Aharonot, another Israeli paper, the main story was about how Trump was responding to reactions to his language.

But on the street, on a 15-minute walk through Tel Aviv, the word “shithole” — in English — was heard every few minutes. Not mechurban, and not churban.

Trump, untranslated, remains the main story. Not Trump trying to spin what Trump said. Apparently, appalling language doesn’t need a translation, even after a year of it. The destruction of America’s presidential language is apparent, across the world.

That is the true hole we are in, right now.