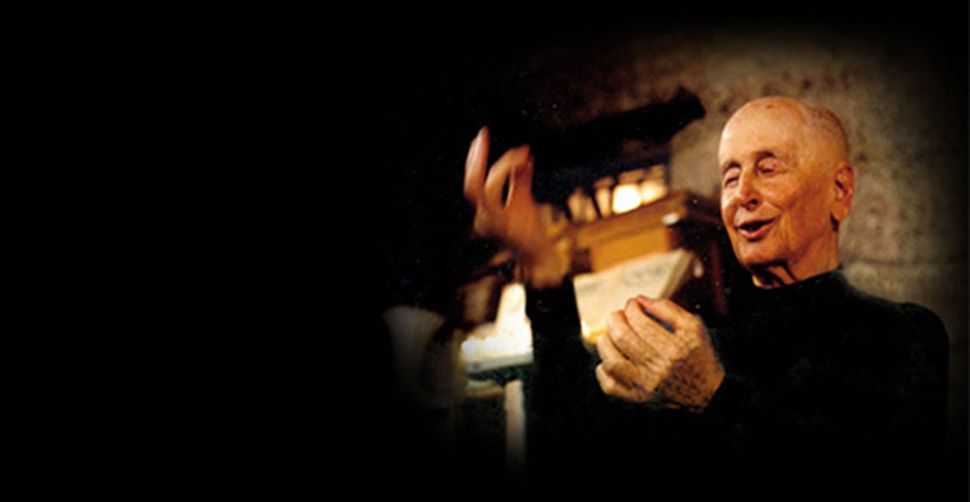 In this video filmed in 1994, Birstein portrays with authentic Yiddish charm and humor the various characters he met after settling in Israel: Conversations and arguments on the Egged buses, a scene of a couple in love standing next to the Kotel, his discoveries while working as a shepherd in Kibbutz Gvat and the reactions met by his attempts to write Yiddish poetry.

Birstein was born in Biala-Podolsk, Poland in 1920. At age 17 he emigrated with his friend, the artist Yossel Bergner, to Australia. After a stint in the Australian Army, he married an immigrant from Frankfurt, Margaret Vaisberg, and in 1950 they settled in the new Jewish state. They raised two daughters and Vaisberg helped translate his work into English.

This documentary is one of ten in which acclaimed Yiddish writers of the pre-war generation speak openly about their lives. The films, in Yiddish with English subtitles, were directed by award-winning writer and former Forverts editor Boris Sandler and produced through the Forward Association as a DVD series called “Monologues of Yiddish Writers.”