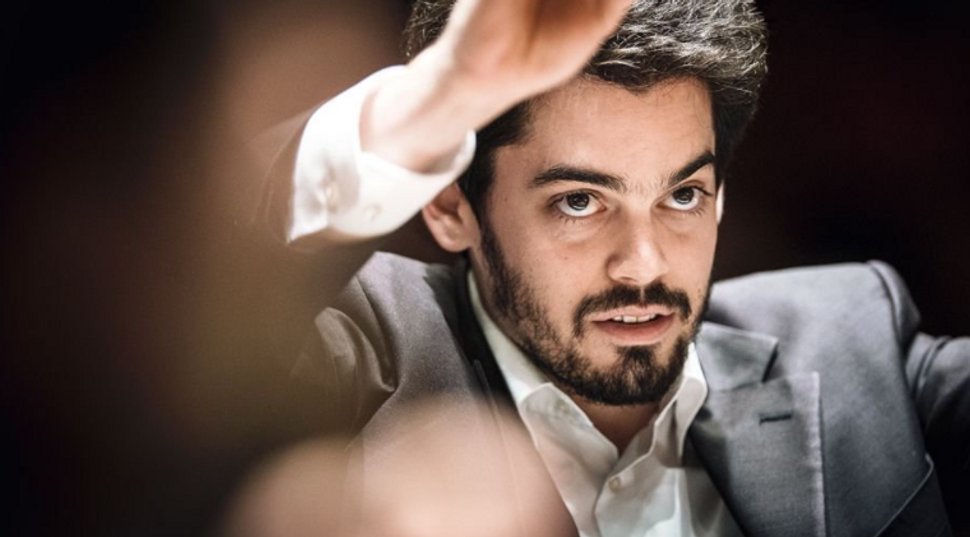 Zubin Mehta has been the musical leader of the Israel Philharmonic Orchestra for four decades. In the next two years, The New York Times reports, he will cede his directorship of the Philharmonic to Lahav Shani, who has been alive for only three-quarters of that time.

Shani, 29, a pianist and conductor, made his first appearance as a soloist with the Philharmonic in 2007. Six years later, he conducted the debut concert of the Philharmonic’s 2013 season. (That same year, he won the coveted top prize at Germany’s Gustav Mahler International Conducting Competition.) The Philharmonic is not the only orchestra of which Shani will shortly be taking charge: In September of this year he will become chief conductor of the Rotterdam Philharmonic Orchestra. In the current season, he also was named as the principal guest conductor of the Vienna Symphony Orchestra.

The announcement of Shani as Mehta’s successor comes just over a year after Mehta, in December 2016, announced plans to retire. Shani will become the Philharmonic’s music director designate in 2019, when Mehta will take his leave; Shani will assume full control of the Philharmonic the following year.

In a statement quoted by The Times, Philharmonic chairman Yoel Abadi said that Shani was chosen as Mehta’s successor after receiving the support of a significant majority of the Philharmonic’s musicians.