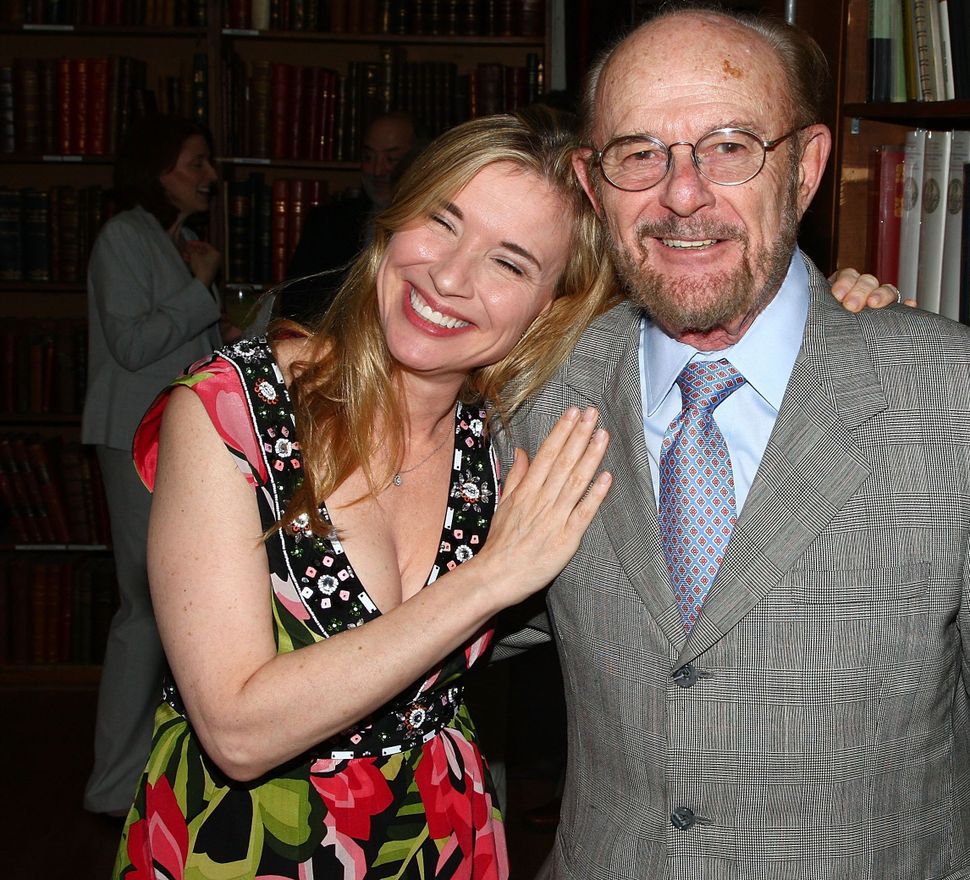 On the cusp of the new year, three Jewish cultural pioneers who helped shape New York’s identity died within days of each other. Their loss reflects the passing of an era.

Each came into his own between the mid-1950s and mid-1960s, a time when, as Dan Wakefield wrote in his memoir “New York in the Fifties,” “the taste, politics, mores, and culture of our society underwent a deep change… [that] formed the patterns from which future decades would flow.”

Dan Talbot, who died at the age of 91 on December 29, founded the New Yorker Theater in 1960, owned two more Upper West Side theaters, and finally opened Lincoln Plaza Cinemas in 1981. He introduced audiences to independent films and cinematic movements including the French New Wave and the New German Cinema.

Director Bernardo Bertolucci, quoted by Talbot’s wife Toby in her memoir “The New Yorker Theater and Other Scenes From a Life at the Movies,” described the New Yorker as “an Upper West Side hub…a kind of wild cinema university.”

The hundreds of ground-breaking movies Talbot screened included Claude Lanzmann’s nine-and-a half hour documentary “Shoah,” Louis Malle’s “My Dinner with Andre” and controversial films such as “Angela Davis: Portrait of a Revolutionary,” and “Millhouse: A White Comedy.” He also exhibited movies from countries that, in the United States, tended to receive little cinematic exposure, including Iran, Senegal, and Argentina.

About a week before his death, Talbot, ever the film aficionado, had watched Michael Hanek’s “Happy End” at Lincoln Plaza, general manager Ewnetu Admassu told The New York Times.

Lincoln Plaza Cinemas is scheduled to lose its lease on January 28th. Ameena Walker, expressing a view of the impending closure shared by many, wrote on her “Curbed New York” blog, that “New York City is about to lose yet another one of its beloved institutions.”

Just as Dan Talbot had lured moviegoers with films that were stirring and edgy, Robert Mann set out to create a lively quartet that would electrify the music hall. Mann died at the age of 97 on New Year’s Day. A violinist, conductor and composer, Mann founded and led the preeminent Juilliard String Quartet from 1946 to 1997. 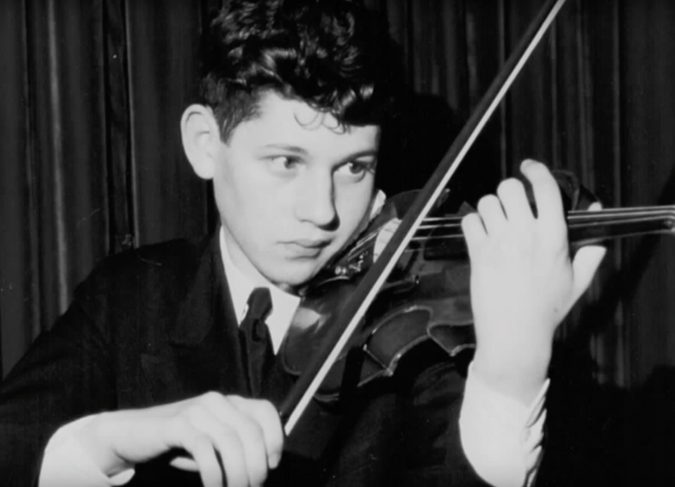 As Leon Botstein, president of Bard College, commented in a review of “Speak the Music,” a documentary film about Mann: “There are few authentic legends in any generation, in any endeavor. In our corner of the music world, Robert Mann is justly one of those legends.”

The repertoire of the Juilliard quartet, which won numerous Grammy Awards, ranged from Beethoven to Bartok, Schubert to Schoenberg. Besides his work at Juilliard, Mann served on the faculty of the Manhattan School of Music.

“Robert Mann was one of a handful of transformative American musicians who in the years after World War II forever changed the way we think about and make music,” Mark Swed observed in the Los Angles Times.

Mann’s quartet gave its first concert in 1947, and persisted through lean years. When traveling by train, for example, the players, unable to afford Pullman accommodations, would reportedly sit up all night in coach. Their financial situation reached a turning point in the mid-1960s when the President of Lincoln Center, William Schuman, conceived of the Chamber Music Society of Lincoln Center, which is dedicated to the performance and promotion of chamber music. 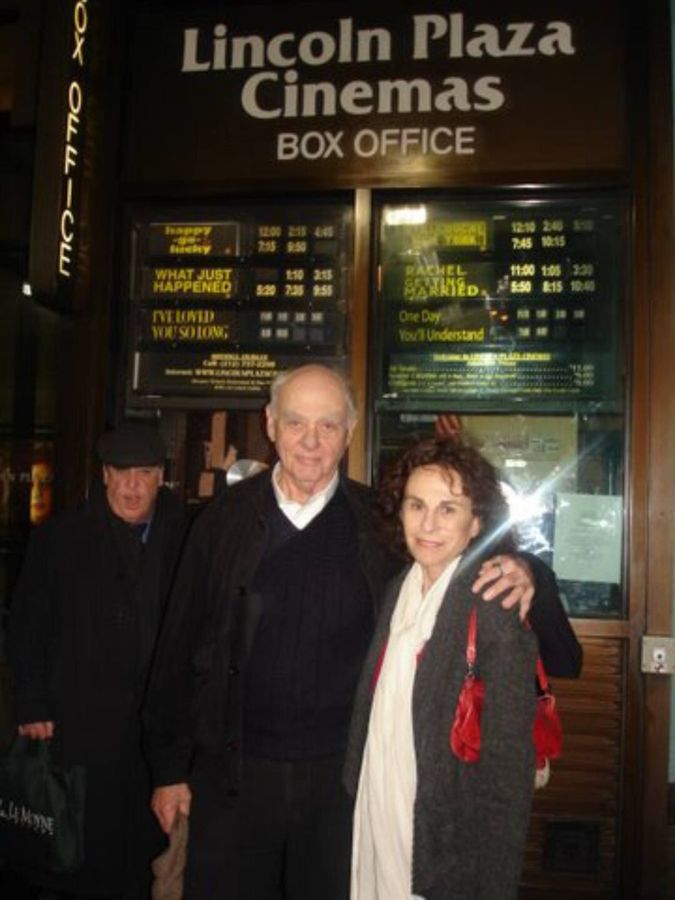 While Talbot and Mann knew their audiences as collectives, Fred Bass enticed book lovers one by one. He was “a man of great passion, a man who knew the innumerable and shifting currents of the book trade the way an old sailor knows the mutable sea,” wrote Tom Vanderbilt in The New York Review of Books Daily. The intrepid sailor, whose outpost in that mutable sea was the iconic Strand Book Store, died at the age of 89 on January 3 at his home in Manhattan.

In 1955, Bass took over as manager, then owner of the Strand. In 1956 he moved the store from Fourth Avenue to its now-famous location on the corner of Broadway and 12th Street. Boasting “18 miles of books,” the Strand became not only the largest used-book store in the world but also a gathering place for students, book lovers, and those who wanted to indulge in an environment that stimulated the intellect and promised literary surprises.

Describing its atmosphere, NPR’s Lynn Neary said: “If you don’t know what people are talking about when they go on about how much they love the smell of books, then you probably have never visited the Strand. Its smell is matched only by its creaky wooden floors and endless random stacks of books that beg to be explored.”

Bass’s daughter, Nancy Bass Wyden, the store’s current owner, wrote of her father that “He never had an office and loved when customers told him they enjoyed ‘getting lost in the stacks.”

Talbot, Mann and Bass personified the New York cultural renaissance of the postwar years, the decades during which the city replaced Paris as the center of the arts world. If you were young and dreamt of being a writer, painter or musician, or simply wanted to partake of the heady atmosphere, you gravitated to New York.

The demands of commerce were not guiding ideas for any of the three men. “When I look at movies,” Talbot told The New York Times, “I don’t think of the box office. If it appeals to my aesthetic sense, if it has some artistic foundation, I take a chance with it.” In her memoir, Toby Talbot wrote “We thought of [Lincoln Plaza] as our living room, playing movies we wanted to see.”

“It’s a disease,” Fred Bass told New York Magazine in 1977. “I get an attack, something like a panic, of book buying. I simply must keep fresh used books flowing over my shelves.”

I will never forget standing in front of Talbot’s old Cinema Studio theater with director Marcel Ophuls while it was screening “Hotel Terminus: The Life and Times of Klaus Barbie,” which I produced. Nor will I forget taking a walk down Broadway with Talbot and chatting about Italian filmmakers, listening to Robert Mann play the violin, or selling books to Fred Bass as he sat behind a counter at the Strand.

These are memories of three New Yorkers who created enduring cultural institutions that reflected a different time.