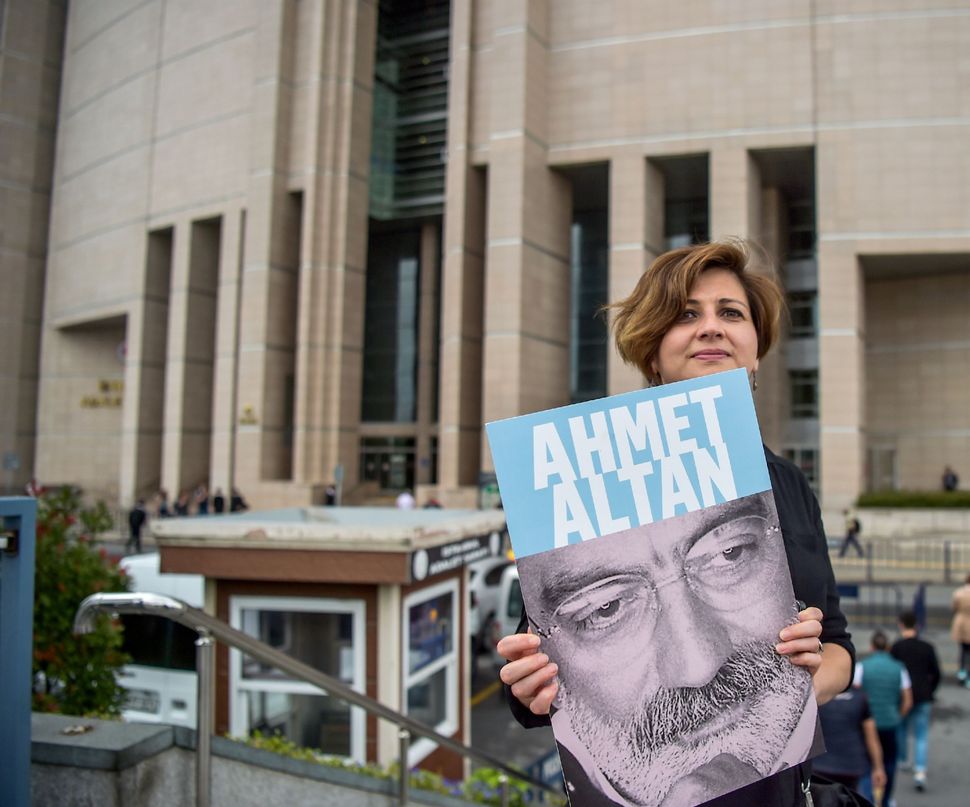 Today, 38 Nobel Laureates published an open letter in The Guardian urging Turkey’s President Erdoğan to reverse course on the steady erosion of civil liberties seen under his administration since an attempted coup in 2016.

Addressed to Erdoğan, the letter opens with criticism of “what leading authorities on freedom of expression deem to be the unlawful detention and wrongful conviction of writers and thinkers.” The authors quote a 2017 memo on Turkey’s restrictions on speech written by the then-Council of Europe Commissioner for Human Rights: “neither the attempted coup, nor other terrorist threats faced by Turkey, can justify measures that infringe media freedom and disavow the rule of law to such an extent.”

The immediate cause for the letter relates to a recent judicial crisis in Turkey over the case of the brothers Ahmet and Mehmet Altan and the journalist Nazlı Ilıcak, all of whom have been in detention since September, 2016. (Ahmet Altan is a popular novelist and journalist; Mehmet Altan is a journalist and economics professor.) The initial charges on which the three were booked, according to the letter, claimed they had issued “‘subliminal messages’ to coup supporters while appearing on a television panel show;” those charges were later changed to “using rhetoric ‘evocative of a coup.’” The evidence according to which the three were detained, according to the Laureate’s letter, is “insubstantial.”

While Turkey’s constitutional court ruled in January that Mehmet Altan’s pre-trial detention was a violation of rights — the same decision applied to the case of the journalist Şahin Alpay — but lower courts declined to act on that decision. (As the Laureates argued, that refusal means that Turkey’s judicial system is “in criminal violation of the constitution.”) The judicial conflict over the Altans’ fate reached a climax on February 16, when both, along with Ilıcak, were given life sentences.

In an op-ed published today in The New York Times, Ahmet Altan quoted his novel “Like a Sword Wound” in describing the horror of awaiting that decision: “The future became clear, but the person continued to wait for another future with other expectations and dreams without realizing that the future had already been determined,” he wrote.

“We call for the abrogation of the state of emergency, a quick return to the rule of law and for full freedom of speech and expression,” the Laureates wrote, concluding their letter. “Such a move would result in the speedy acquittal on appeal of Ms. Ilıcak and the Altan brothers, and the immediate release of others wrongfully detained. Better still, it would make Turkey again a proud member of the free world.”