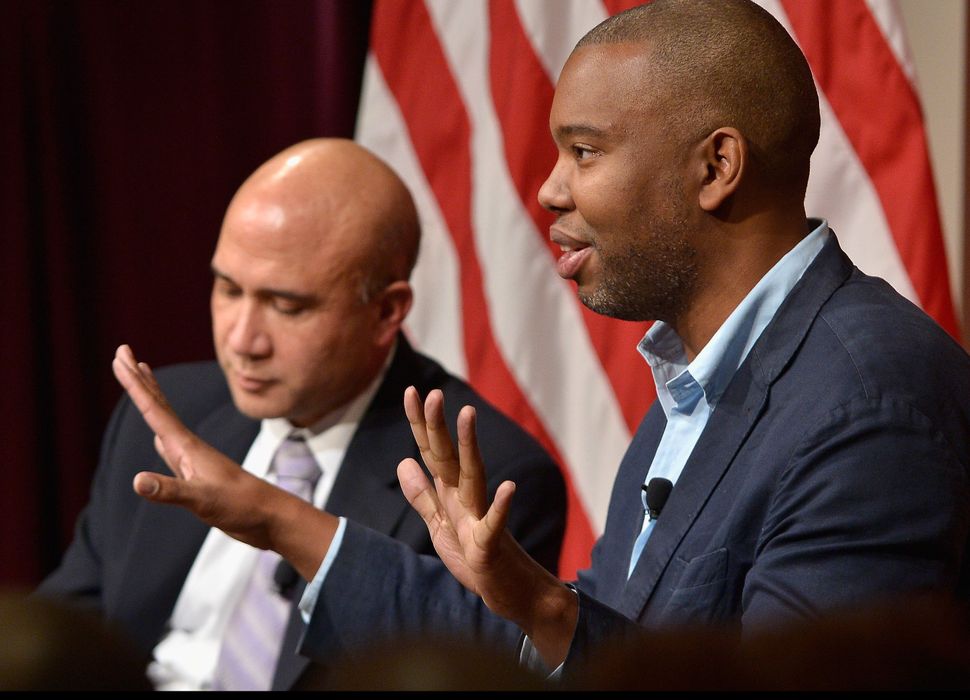 Coates, a national correspondent for The Atlantic and author of several books, including the National Book Award-winning “Between the World and Me,” has authored Marvel Comics’ “Black Panther” series since 2016. As he announced in an essay in The Atlantic today, he’ll continue his work on that series while taking on the additional title of “Captain America.”

Captain America is a character whose central motivation, Coates writes, is a firm belief in the American Dream. Coates himself has written extensively about the limits and ramifications of that same dream; the dissonance between his own ideas and those of Captain America, he commented, is precisely what draws him to the project.

“Writing is about questions for me — not answers,” Coates writes. “And Captain America, the embodiment of a kind of Lincolnesque optimism, poses a direct question for me: Why would anyone believe in The Dream? What is exciting here is not some didactic act of putting my words in Captain America’s head, but attempting to put Captain America’s words in my head.”

Coates’s first issue of “Captain America” will debut on July 4.