The Day Captain America Became a Nazi and the Internet Exploded 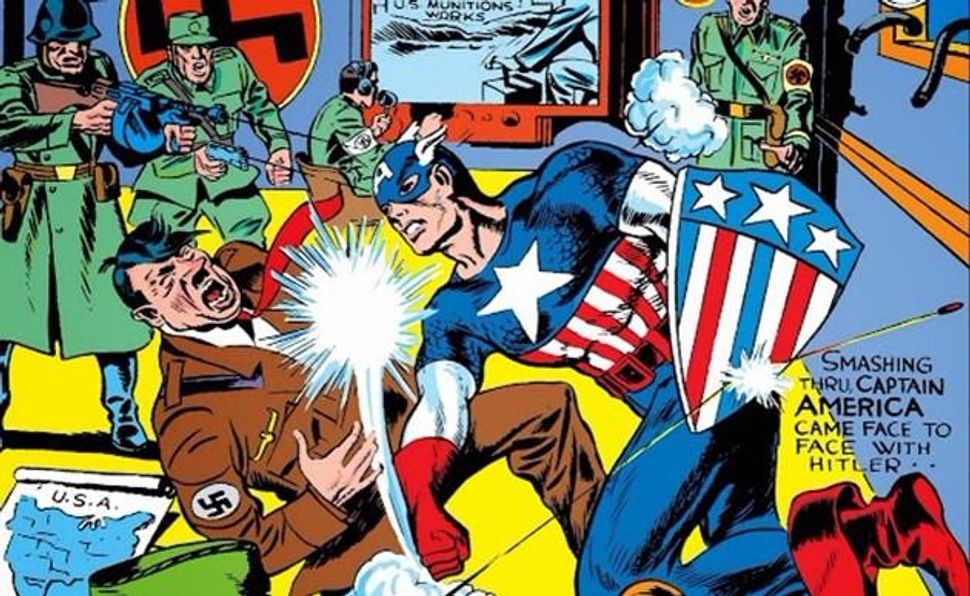 The comic book-reading part of the Internet convulsed earlier this week when the first volume of the new Captain America series, “Captain America: Steve Rogers No. 1,” included a controversial twist that (spoiler), Captain America is actually a member of evil organization Hydra. Bloggers and commenters were quick to note that this wasn’t just objectionable for obscure comic reasons but also borderline anti-Semitic.

Wait, what? If you’ve been to the movies recently, you know that Captain America is the impossibly blonde-haired, blue-eyed hero with the dorky stars and stripes costume. What does this have to do with the Jews?

1) Captain America was invented in the 1940s by Jewish comics writers Joe Simon and Jack Kirby to punch Hitler and Nazis.

2) When Marvel brought Captain America back decades later, there were no more Nazis around for him to punch. So Marvel invented Hydra, a secretive Nazi off-shoot group to be his nemeses.

3) When Captain America is punching Hydra, even in 2016, he’s basically punching Nazis.

5) Jews on the internet got mad because a character created by Jews to punch Hitler has been made into a secret Nazi.

6) Nerds everywhere exploded because that’s what nerds do, especially on Twitter. 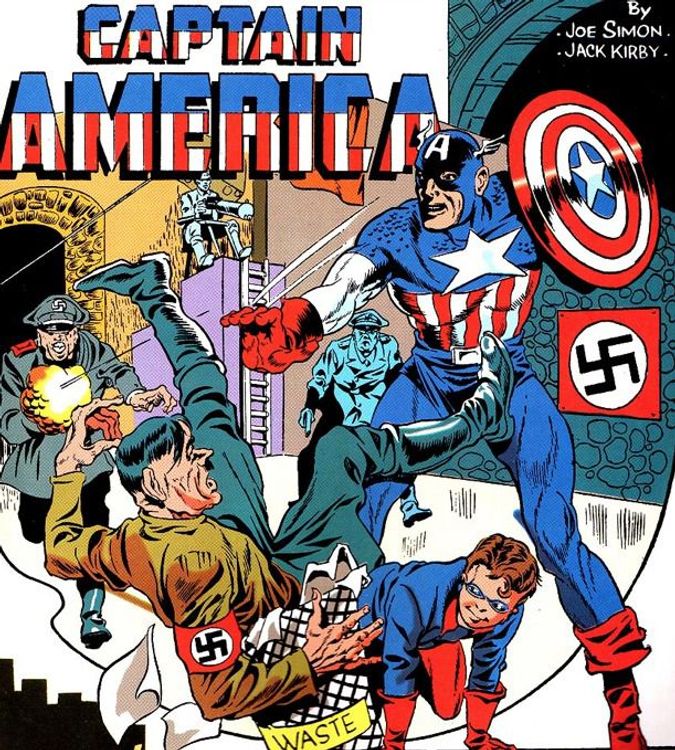 The move seems like a strangely insensitive misstep for the Marvel imprint, which has been steadily working to make superhero comics more inclusive. The past few years have seen a woman become the Norse god of thunder, Thor, the introduction of Pakistani-American Ms. Marvel (a series which won author G. Willow Wilson a Hugo Award, and commissioning “Between the World and Me” author Ta-Nehisi Coates to reboot Black Panther.

While Steve Roger’s allegiance to Hydra is probably only a temporary publicity stunt, much like the later undone death of Superman, it still seems strangely tone-deaf for a medium with such a long Jewish history.

The Day Captain America Became a Nazi and the Internet Exploded