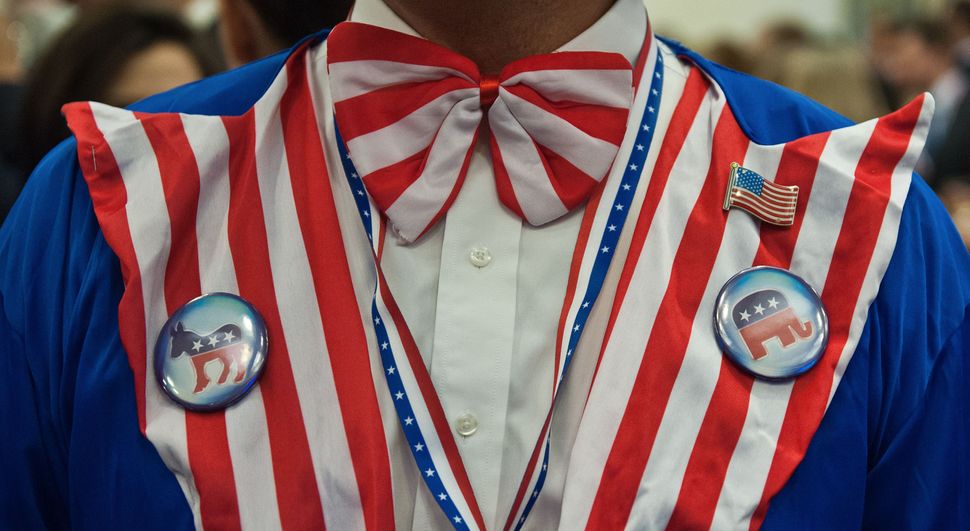 Even the resurgence of American democracy! Let me tell you how I can talk myself into that.

Feeling that nothing is possible – Groundhog Days of “What fresh hell is this?” – is what I’m used to. If you can make your mornings safe for Mozart, for sun salutations, for gratitude for waking up at all, let alone in possession of a soul, maybe your breath has kept the embers of optimism glowing. But if your mornings in America, like mine, include the morning news, you know the feeling of wanting to crawl back under the covers.

It could be wishful thinking, but ever since the Parkland massacre in Florida, maybe you’ve sensed something new stirring, a game-changer. I hear it in the voices of survivors like Emma Gonzalez: “We call BS”; Cameron Kasky: “Douglas is a school filled with thousands of leaders”; David Hogg, who said about the nuts who were smearing him as a paid “crisis actor,” “I feel for those people, honestly. They’ve lost faith in America. But we certainly haven’t.”

I wonder if it was Lauren Hogg, David’s 14-year-old sister, who drew Melania to her side of the tipping point. “Hey @FLOTUS,” Lauren tweeted, “you say that your mission as First Lady is to stop cyber bullying, well then, don’t you think it would have been smart to have a convo with your step-son @DonaldJTrumpJr before he liked a post about a false conspiracy theory which in turn put a target on my back.” 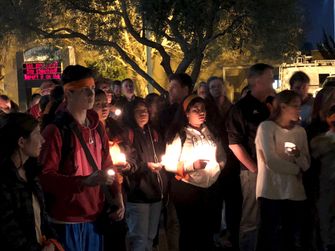 Three days later, FLOTUS told a group of governors’ spouses in the White House, “I have been heartened to see children across the country using their voices to speak out and try to create change. They’re our future and they deserve a voice.”

Was it just my fantasy that her subtext was in agreement with the Douglas kids excoriating her husband? I also heard in her words an echo of what Norman Lear told me on the phone a few hours earlier. “Imagine if everywhere you looked,” he’d asked me, “young people were wearing buttons saying, ‘Vote for Me.’ On the news, on TV shows, at school, at home. On athletes, on performers, on YouTube, on Instagram. ‘Vote for Me.’ What do you think?”

Even if I weren’t already crazy about him — what’s not to love about an all-time TV great at 96 producing two seasons of the Latin version of his “One Day at a Time” for Netflix, and shooting the pilot of his new comedy, “Guess Who Died?,” for NBC? — I loved the idea.

It may be more than a pipe dream. This is the man who bought a Declaration of Independence printed the night of July 4, 1776 and sent it on a 50-state campaign to register some two million Americans to vote, many of them 18-year-olds casting their first ballot. Who founded People for the American Way to defend democracy from religious extremism. Who created “All in the Family,” “Maude,” “The Jeffersons” and a string of other hits that engaged with issues like racism, homophobia and misogyny in the homes of hundreds of millions of Americans.

(Disclosure: For nearly 20 years, the generosity of the Lyn and Norman Lear Family Foundation has enabled my team at the USC Annenberg School to study the impact of media and entertainment on society, and to use it to do tikkun olam, to repair the world.)

Good slogans mean more than one thing. When it’s on a kid’s button, “Vote for me” doesn’t mean, I’m running for office. That gets your attention, but beyond that, there’s a double message. The first is, “Vote!” Don’t sit this one out. Go vote, goddammit. Do it for me, because I asked you. The second is, When you vote, think of me and my generation. Think of the future you want for us. Vote for that future — the one we deserve.

The first message speaks to what is arguably the gravest existential threat to America, and also our greatest shame: low voter turnout. Vladimir Putin doesn’t need to lift a finger to destroy our democracy; we’re doing it very nicely to ourselves. Turnout in 2014, the last mid-term election, was 36.4%, a 72-year low. One prediction for 2018 says 40 million Americans who voted in 2016 won’t vote in 2018, and two-thirds of those dropouts are millennials, unmarried women and people of color, who together make up more than half our eligible voters.

There’s more at stake in 2018 than control of Congress, more even than Melania’s husband’s fate. Thirty-six governors, plus members of 87 legislative chambers, are up for election. So are thousands of mayors, sheriffs, judges, school boards, district attorneys, city councils, county commissioners. Turnout in some of those elections barely breaks single digits. Have the people really spoken if fewer of them vote than go to a football game?

Some signs point to a falloff in 2018 midterm voting that will not be as steep as the falloff between the 2012 presidential elections and the midterms of 2014. Say what you want about 45 (please), but he’s kept people interested in, even obsessed by, politics. In the first week of early voting in the March 6 Texas primary, turnout was up nearly 110,000 over the last midterm primary. Democrats dominate the surge in some areas, leading the Republican governor to warn of a blue wave. I hope his panic is justified.

Thousands, maybe millions of kids will march on Washington and around the country on March 24. I don’t know whether any of them will be wearing “Vote for Me” buttons, but I do know Norman Lear is right about the message of their march: Vote for your kids not being killed when we go to school or a house of worship or a show. Vote for not being assaulted by our boss or our date. Vote for our getting a good education and a good job and good health care. Vote for our liberty. Vote for our planet. Vote for peace. Above all, vote. Just please vote. Vote as if your children’s lives depend on it.