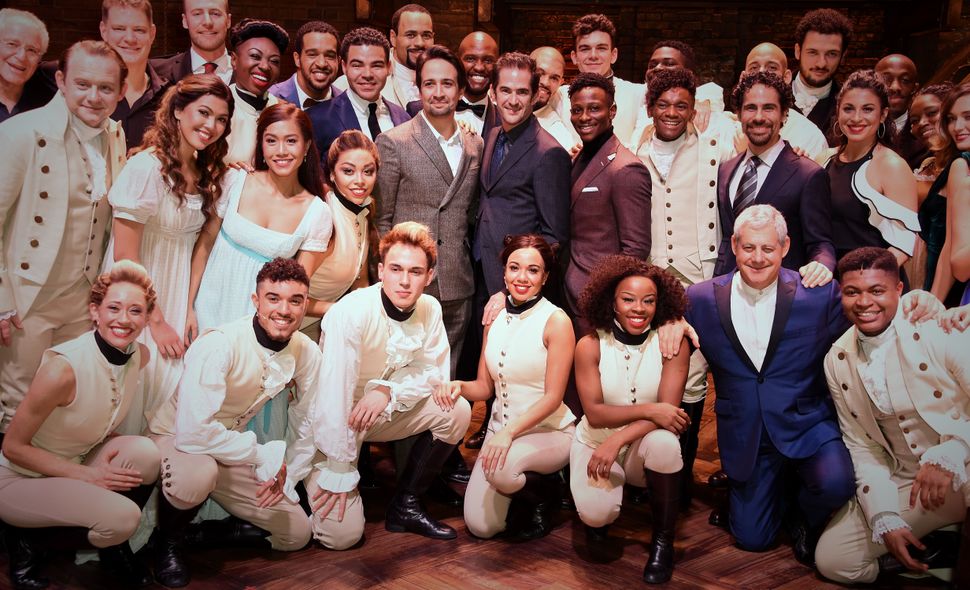 The London production of “Hamilton” has earned 13 nominations for the Olivier Awards, the United Kingdom’s equivalent of the Tony Awards, setting a new record. The previous record number of nominations was shared by “Harry Potter and the Cursed Child” (2017) and “Hairspray” (2008), each of which garnered 11 nominations.

Close on the heels of Lin-Manuel Miranda’s hit musical about the founding of the United States — the Brits, apparently, are quite happy to relive their Revolutionary War defeat — is the National Theatre’s production of Stephen Sondheim’s “Follies,” which earned 10 nominations. The Royal Court Theatre’s production of Jez Butterworth’s “The Ferryman,” which will transfer to New York City this coming fall, made a similarly strong showing with eight nominations.

A National Theatre revival of Tony Kushner’s “Angels in America”, now in previews on Broadway, racked up six nominations, including one for lead actor Andrew Garfield. (Nathan Lane’s depiction of Roy Cohn went sadly unacknowledged.) J.T. Rogers’s “Oslo,” much acclaimed in its Off-Broadway and Broadway runs, earned only two nods from the Oliviers.

Last year, the Sonia Friedman-produced “Harry Potter and the Cursed Child” broke records for the most wins at the Oliviers, taking home nine awards. As three of the nominations for “Hamilton” are in the same category — Michael Jibson, Jason Pennycooke and Cleve September are all up for best actor in a supporting role in a musical — the show can win a maximum of 10 awards. Whether it will exceed the gains of “Harry Potter” will be determined on April 8, when the winners will be announced in a ceremony at the Royal Albert Hall.