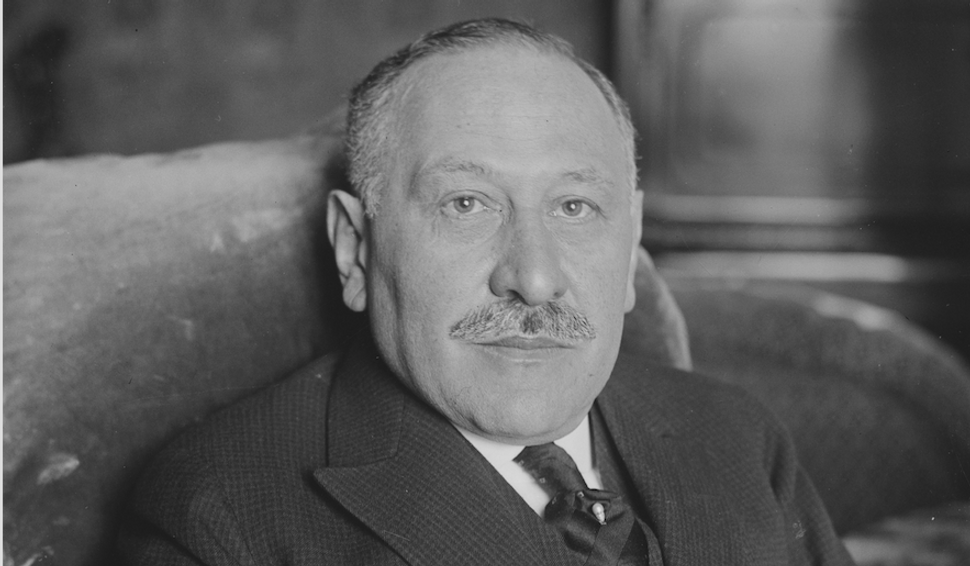 In a speech to the Associated Jewish Charities of Chicago, of which he served as president beginning in 1908, Julius Rosenwald outlined the life he might have led. As part-owner and leader of Sears, Roebuck & Co., Rosenwald pointed out, he could have spent his time “buying and selling, comparing sales with the sales of the same day before… only shuffling [his] feet to the dance… only seeking pleasure and fighting taxes,” so that when the end came, he could leave as small a taxable estate as possible.

Instead, Rosenwald and other philanthropists had done something “better and finer.” Though he provided no details in that speech, his audience knew he had given away millions of dollars in fulfillment of the Jewish obligation of tzedakah, a concept derived from the word for “justice.” Rosenwald’s listener might not have been surprised to learn that in 2013, Advancing Philanthropy magazine selected him as one of the nation’s greatest benefactors, a person who directed his vast wealth toward “reinforcing the unity of America.”

Because he did not believe in perpetual endowments or allow his name to be put on buildings, Rosenwald is not all that well known. In “Julius Rosenwald: Repairing the World,” Hasia Diner, a professor of American Jewish history at New York University and a two-time recipient of the National Jewish Book Award, gives him the recognition he deserves.

Apparently, Rosenwald was not prone to self-reflection. He did not initiate philanthropic projects. According to Diner, his approach to philanthropy was consistent with the social, political and cultural agenda advanced by turn of the 20th-century progressives. Rosenwald’s gifts were intended to counter prejudice and reduce poverty by promoting equal opportunity, individual initiative, “sterling character, hard work, and clean living.” He sought to contribute “in proportion to the recipients’ willingness to contribute an equal, and where possible, even greater share.” He invested in programs intended to eliminate religious, ethnic and economic divisions within American society. He believed local, state and federal governments also had a role to play in social reform.

Diner documents the spectacular scale, scope and impact of Rosenwald’s gifts. She emphasizes as well that the constituencies on which he focused his resources — Jewish Americans and African Americans — distinguished him from most of his fellow philanthropists.

Often attributing his massive wealth to “lucky opportunity” at a propitious moment for business, Rosenwald wanted all Americans to have a fair shot at success. Diner maintains that he also viewed his philanthropy as a refutation of stereotypes of Jews as greedy, dishonest and tribal. Nonetheless, although he contributed to many, many causes, Rosenwald invested enormous time and resources on “projects that promised to enrich Jewish culture, bring Jews into positive contact with non-Jews, and improve Jews’ lives.”

Following the advice of Rabbi Emil Hirsch, who presided over the Chicago Sinai congregation to which the Rosenwald family belonged, Julius Rosenwald began close to home, with the Chicago-based Associated Jewish Charities, the Federated Orthodox Jewish Charities, the Chicago Hebrew Institute (a Jewish Hull House), the Hebrew Oratorio Society and the Jewish Historical Society of Illinois. In time he supported the Cincinnati Hebrew Union College-Jewish Institute of Religion, New York’s Jewish Theological Seminary of America and Yeshiva University. Rosenwald fought anti-Semitism through the American Jewish Committee and the effort to free Leo Frank, who had been unjustly convicted of murder in a celebrated case in Atlanta. He made sizable contributions to a controversial project to encourage Jews to move to Ukraine and the Crimea to take up farming.

Although Augusta, his wife, gave generously to Hadassah, Rosenwald rejected Zionism, Diner suggests, not only because he deemed the movement impractical, but also out of a deep conviction that Jews could (and should) “live in a world on an equal footing with the non-Jews around them” without losing their ethnic or religious identities.

“As a Jew,” W.E.B. Du Bois wrote, “Julius Rosenwald did not have to be initiated into the methods of race prejudice.” Diner agrees that his Jewish identity played a pivotal role in his determination to diminish the substantial inequalities between black and white Americans. Rosenwald funded 25 YMCAs and two YWCAs for African Americans in cities throughout the United States. He paid the salaries of African-American doctors and nurses, but insisted that Southern states recognize these men and women as agents of the public health system and continue to employ them when the Rosenwald subsidies ended. Rosenwald made possible the establishment of some 5,000 private elementary and secondary schools in the South. A study by economists of the Federal Reserve Bank of Chicago attributed 30% of the progress in education achieved by Southern blacks in the 1910s and ’20s to Rosenwald schools. And Rosenwald funded higher education for blacks in law, medicine, teaching, social work and the humanities.

To be sure, Diner reminds us, while Rosenwald assumed that prejudiced people would eventually alter their views, virtually all his initiatives (including a housing project in Chicago) “accepted the reality of segregation.” Nor did Rosenwald ever fully understand “the universe of difference” between African Americans and Jews, who “despite a pinprick here or there” could far more readily gain acceptance in the United States.

“Why are you doing so much to help the Negro?” Rosenwald was once asked. “I am interested in America,” he replied. “I do not see how America can go ahead if part of its people are left behind.”

Julius Rosenwald died in 1932. In the ensuing decades, Diner notes, many African Americans rejected his views “of how to address racial realities.” Moreover, the alliance between blacks and Jews, which helped advance the cause of civil rights, has frayed since the 1960s, with conflicts over affirmative action, black nationalism and Palestinian rights.

All the more reason to recall Rosenwald’s appeal “as an American and a Jew” to “all high-minded men and women to join in a relentless crusade against race prejudice.”