At Millennial Women’s Conference, The Forverts Finds A New Audience 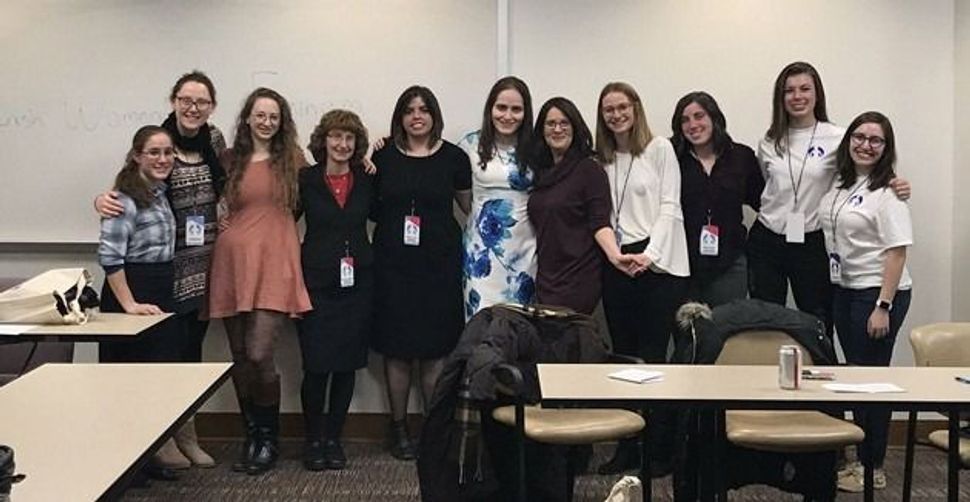 Last Sunday, March 25, I attended a unique one-day conference at Georgetown University in Washington, D.C. organized by and for millennial women. The annual event, called OWN IT, attracts female students from ten universities every year.

As the first woman editor of the Yiddish Forward I was invited to participate in two of the breakout sessions: An interfaith dialogue on the relationship between faith and feminism and a panel on Jewish women and feminism. There were also discussions on a wide range of other topics, including women and politics and women in male-dominated workplaces.

During the sessions throughout the day and the lunch break, there was a palpable sense of excitement among the attendees, among whom there were a handful of men.

Surprisingly, this was the first time that OWN IT had organized a panel by and for Jewish women. Most remarkable to me was the fact that three of the four panelists were fluent Yiddish speakers. My fellow panelists were Abby Stein, the scion of a prominent Hasidic dynasty and a well-known commentator on trans issues; Goldy Landau, a native of Kiryas Joel who recently graduated from Wellesley College with a degree in brain science and business; and Molly Tolsky, the editor of the website for Jewish millennial women Alma.

I began my remarks by praising the conference for inviting three Yiddish speakers, in essence giving a platform to forms of Jewish identity that are often not recognized within the mainstream. Upon hearing this, Stein exclaimed: “Nu, lomir take dos firn af yidish!” — “Well, then, let’s do this in Yiddish!” Stein also thanked the Forverts for having been among the first publications to cover her decision to live as a woman, before she was profiled in The New York Times and New York Post and became a media sensation.

The panel’s moderator, Rabbi Rachel Gartner, asked us how our feminism gets reflected in our Jewish lives. The question sparked a lively debate. I mentioned the important role that women have always played in the Yiddish-speaking communities of Eastern-Europe; how they, and not their husbands, were often the primary breadwinners, how everything they did – cooking, sewing, raising children, buying and selling in the marketplace or simply gossipping – was conducted in Yiddish. No surprise, I noted, that Yiddish is referred to as “mame-loshn,” the mother tongue.

Watching the young attendees listening politely to our conversation, I wasn’t sure what they were thinking. At the end of the session, though, the students came up to us and suggested we take a group photo. Three of them then asked me how they could access the Forverts videos and where was the best place to learn Yiddish. For me, this was the sweetest moment of all.

At Millennial Women’s Conference, The Forverts Finds A New Audience