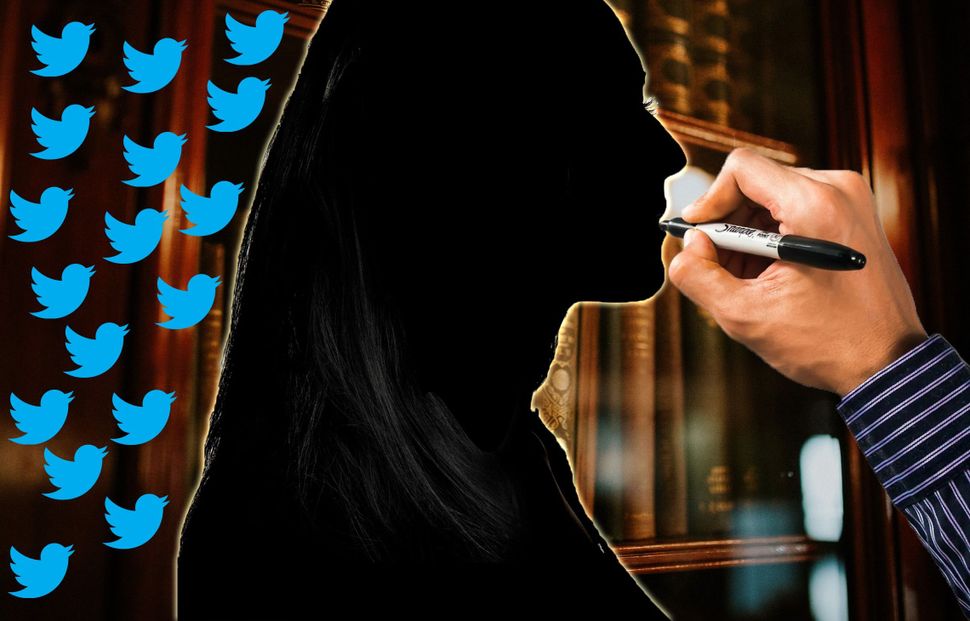 One morning when I was 15 years old, a junior in high school, I decided to straighten my hair. This was a big deal; I was in a sweatshirt phase, having decided that the speediest way to deal with not having what I thought of as traditional good looks was to ignore my looks altogether. It felt daring to straighten my hair, bold in a good way, until I got to class. A male classmate looked me up and down, then commented, breezily, that I wasn’t so bad-looking after all. He’d sleep with me if I wasn’t so short.

I am now 25, and tell this story more frequently than I’m comfortable with. Mostly it’s a joke: Can you believe teenage boys are such idiots! But it’s also always something more shameful than that. The story isn’t funny, because I’m still telling it.

The story has been on my mind this week because of a Twitter tempest prompted by a tweet from the podcaster Whitney Reynolds, who wrote — per her account, while drunk at 2 a.m. — “new twitter challenge: describe yourself like a male author would.”

“She walked toward me with the confidence of how atteactive [sic] she probably was fifteen years ago,” wrote the actress Donna Lynne Champlin. “I had big honking teeters, just enormous bosoms, and I thought about them constantly as I walked down the street, using my legs (thick, with big shapely calves), but never not thinking about my enormo honkers,” wrote Talia Lavin of The New Yorker.

Her breasts entered the room before her far less interesting face, decidedly maternal hips and rounded thighs. He found her voice unpleasantly audible. As his gaze dropped from her mouth (still talking!) to her cleavage, he wondered why feminists were so angry all the time. https://t.co/YtsZENYsgS

Even though she was paid to write her opinions about films, and I’ve never been paid for anything I’ve written, I obviously knew more. I tried to explain this to her, but she blocked me before I could.

As a contentedly married mother of 3 approaching middle-age, she was of no interest whatsoever.

The responses were wryly conscious not only of the female qualities traditionally overlooked by male authors, but also of the kinds of women overlooked by those authors, period. They were also overwhelmingly gleeful. But there was something inherently defeatist in the premise of the challenge: Despite presenting an opportunity for women to satirically celebrate each other, the exercise still revolved inexorably around men.

Why did the invitation to view oneself with unabashed misogyny elicit such unmistakable pleasure? The act was a clear inversion of familiar and toxic patterns. By pretending to deprecate themselves, women could in fact make fun of the very men to whom they’ve been told to cater. They could bond over their bodies, rather than compare them, laugh at them without insulting them. Coached to see themselves as responsible for the many ways in which men fail to genuinely see them, women, in responding to Reynolds, could agree that if a man is determined to see you as a pair of satisfactory or unsatisfactory boobs, there’s not much you can do to make him smarter.

That’s funny because it’s true, the same reason that it’s tragic. One man responded to Reynolds by saying that her query made him nervous: “I want to get into writing — had this story rattling in my head for years — but this makes me feel like I don’t dare try writing female characters,” he wrote. He had suggested that women’s outrage over the often biased ways in which male authors describe them was a deterrent to his own literary aspirations, yet women responded not with criticism, but with advice: “Treat them like people,” “just ask yourself ‘would a male character do/say this?’” “ask women to read drafts.” It became apparent that better even than the opportunity to temporarily invert the scripts that limit women was the suggestion of a chance to fundamentally change even a single man’s awareness of those scripts.

I think I was still a teenager the last time I told a woman about the classmate who humiliated me. Now I tell that story to men, not because I want them to contradict him or reassure me, but because I want them to understand something obscure and indefinable about the vast tangle of misrepresentation girls must grow through to become women. That I feel such eagerness to achieve that result speaks, like the earnestness with which those women approached a man who expressed only mild interest in their side of the story, to a deep grief. The point is so obvious that one wishes it did not bear making: It should not be our job to convince men to see or depict us as more than semi-sentient bodies.

The need to persuade others of that fact turns resistance into reinforcement. It stems from the premise that the voices of those we’re trying to convince are more important than our own. This is not a conundrum exclusive to women; it’s true for all minority groups. In order to improve things, you must convince those who aren’t suffering that your suffering is real, a dynamic that inherently sustains the power imbalance it attempts to redress.

Is there a way around that? I don’t know. In this scenario, I would love to see women issue a sequel to their humorous takes, and describe themselves as they would genuinely choose to write themselves. It probably wouldn’t go viral; it’s too uncomfortable a suggestion to be truly popular. But to me it sounds like rebellion.