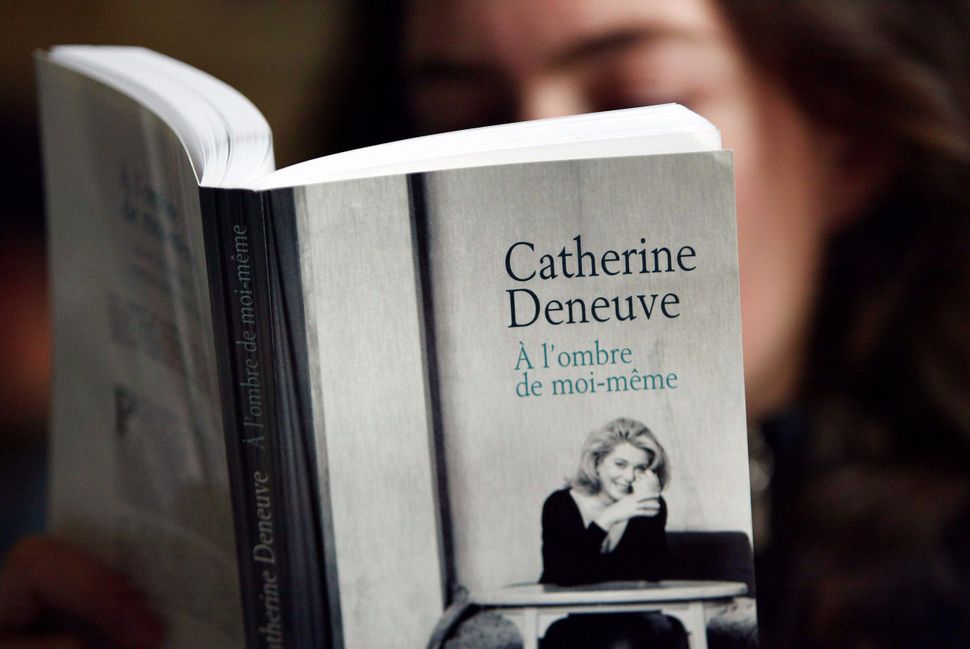 In 2013, Carly Lewis wrote a great piece for the Walrus about the phenomenon of certain male journalists writing either drooling or dismissive profiles of famous (and famously attractive) women.

So it might seem a refreshing surprise that a male journalist has announced his aversion to profiling celebrities. In a recent piece for The American Scholar, accomplished author, essayist, and educator Phillip Lopate lays out his aversion to that branch of journalism, through a series of anecdotes about having profiled; almost profiled; or opted against profiling various actresses. (Actors, for whatever reason, don’t enter into it.)

Regrettably, in the process of telling these stories, Lopate manages to tick several boxes of the man-profiles-starlet subgenre, and maybe even add some new ones. What might have been an informative essay about the drawbacks of a particular style of journalism, by an expert in the field, winds up instead serving as yet another reminder of the obstacles even immensely successful women face when it comes to getting taken seriously.

But back to the piece: After an extended lament that iconic French actress Catherine Deneuve didn’t find him fascinating (but rest assured, she isn’t his type), he offers a lighthearted anecdote about opting to “fictionalize” (his term!) an interview with Chinese actress Gong Li. Due in part to translation issues, Lopate leaves the meeting without material… but proceeds with the article all the same:

On the plane ride home, I realized I had nothing to work with. I would have to fictionalize the entire interview. So I supplied answers that I thought she might plausibly have made, had she been more articulate or trusting. I channeled my inner Gong Li, reasoning that she would probably never see the magazine to object, and Interview ran it, with no one the wiser. As Flaubert might have said, “Gong Li, c’est moi !”

Yes, this is problematic, for the obvious identity reasons. (Lopate is Jewish, but also white, male and American.) But the Gong Li anecdote isn’t even about cultural appropriation. It’s not like that time a white poet used a Chinese-sounding pseudonym. This tale goes beyond cultural sensitivity, although cultural sensitivity certainly enters into it. Setting aside whether he ever actually said the famous “c’est moi” quip, Gustave Flaubert was the author of “Madame Bovary.” As in, Emma Bovary was his creation.

Gong Li may have struck Lopate as resembling “a teenage bobbysoxer or young woman in her 20s on the way to the mall,” but she’s still a real-life human being in her own right. Fictionalizing the words of a subject is not, or at least should not be, a thing. And yet, there it is.

In her piece about gender and celebrity profiles, Lewis astutely noted, “When men (again, not all men) write about men, they glorify. When they write about women, they minimize.” Indeed, not every male writer does this, and thank goodness. But it’s what Lopate does when he offers gratuitous description of Deneuve’s “jutting” breasts; compares her interview schedule to sex work one of her characters engaged in; and expresses surprise that Deneuve, one of the greatest French actresses of all time, “revealed herself to be an extremely informed film buff.”

Lopate concludes the piece by announcing that he’s “too interested in people’s flaws, their potential for evil, the gap between self-presentation and inner reality, or the many ways we fool ourselves” to participate in a type of journalism that lends itself to fawning. Reading his essay, one regrets that he did not come to this conclusion years ago.