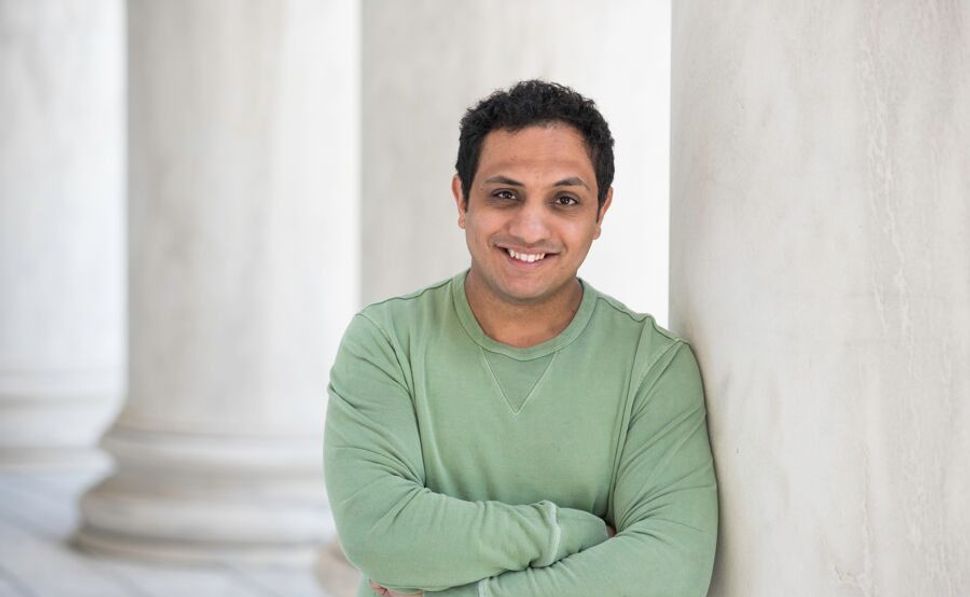 The story that Mohammed Al Samawi tells in “The Fox Hunt: A Refugee’s Memoir of Coming to America” is one of incredible liberation. First, as a child, from his physical disability into academic excellence, then as an adult from escalating danger into freedom. His trail of escape from war-torn Yemen as a mid-level employee of a social relief NGO and online member of some interfaith dialogue groups is so deeply unlikely and so carefully documented that it must be true: You couldn’t make this stuff up.

From his home in Sana’a, Al Samawi escaped death threats for his interfaith work; from Aden, he escaped execution for being a northern sympathizer; from Yemen as a whole, he escaped the chaos and violence of impending civil war. He managed to do so because a number of acquaintances — both fleetingly from conferences, and in a more sustained virtual way from Facebook groups — treated his life as if it were as valuable to them as that of a beloved cousin. This ad hoc, multi-faith, multinational group, mobilized over a period of weeks to petition senators, lobby national embassies, buy plane tickets and get real-time information about the opportunities Al Samawi might have or the dangers he might be facing.

So, even if his story weren’t true — say he were in fact as important for covert reasons as some of his saviors treated him for humane reasons — his story and his message is so entertaining and enlightening it’s worth believing in. And that during Passover he crossed the Red Sea to freedom, thanks in large part to the advocacy of liberal Jews, is a reason to celebrate the pedagogical success of our Seders.

In the past 7 years the president of Syria, Bashar el-Assad, has killed or tortured over 500,000 citizens of Syria. In the past 5 years, perhaps 100,000 Yemeni citizens have been killed in that civil war and the United Nations secretary-general noted early in April that 18 million Yemenis from a population of 27 million are now in a state of extreme “food “insecurity” due to the bloody war (in which America and Russia are deeply complicit) being played out on its soil.

The human interest, the feel-good factor and the largely untold tragic context are why The New York Times, People magazine and NBC’s “Today Show” have all covered this teachable adventure. It’s the same reason that Benj Pasek and Marc Platt are attached to a potential film of the book.

Remarkably, though they didn’t all meet until years later on Megyn Kelly’s sofa, the saviors all play their part in the story. Most notable among them are breakdancing biotech consultant Daniel Pincus, peace activist Megan Hallahan, water researcher Natasha Westheimer and video games for peace entrepreneur Justin Hefter. Between them they maintain a dialogue with the otherwise deeply isolated Al Samawi. Pincus, for his part, gets faced with a dramatic personal dilemma: I can’t wait for Michael Cera to sweat it out in the movie.

The American public doesn’t care about hundreds of thousands of Syrian civilians getting bombed by their government or the “the devastating humanitarian impact of the conflict on civilians” in Yemen by a proxy war between Saudi Arabia and Iran. What Hollywood, America’s media and the American public can get behind is a personal story about one plucky Yemeni with an open heart whose equally open and caring friends from different countries and different faiths beat the odds to save him.

Al Samawi honors his initial hope for his visa application (“if I could tell Americans about what was happening in Yemen, maybe I could help stop the war”) as well as the classical principles of Horace (art should “delight and instruct”) by educating the reader about the Middle Eastern context. Because his story is so viscerally compelling, it can open a window onto a world about which we know little.

Due to a grisly confluence of global warming, pathological geopolitics and global indifference, the Yemeni Civil War has no end in sight. Various United Nations bodies continue to condemn the actions of one side or the other, note the gravity of the situation and propose to provide humanitarian aid. But, though Al Samawi escaped, most have not and will not.

Al Samawi’s story teaches us nothing and teaches us everything. How a highly educated and affluent member of Sana’a’s upper middle classes was able, despite his physical restrictions, to escape from Aden, is compellingly exciting. But it’s not helpful for those who want to escape or, even, those who want to save others. How he, in turn managed to flee both the Houthi and the Al Qaeda forces in the nick of time, is likewise, quite a yarn, but it happened in a particular way at a particular time, with fantastic goodwill on the part of Yemenis and foreigners alike.

It doesn’t escape Al Samawi that so many parts of his escape were contingent upon goodwill or good luck: “… the what-ifs of the last hours tumbled through my mind. Magid getting into my apartment. The bus driver delivering my passport when he had. If he’d been a few minutes later, if he’d stopped somewhere along the route, I might have been out on the street instead of that other northerner [who was publicly murdered by Al Qaeda]. That could have been me. What if the driver of the black car had decided no money was worth the risk he was taking?”

How the world lives with Muslim on Muslim violence (and blames Israel) is a lesson that Al Samawi explicitly wants to teach. That Sunni and Shia are at loggerheads rather than united in Muslim brotherhood pains this Zaidi muslim (a type of Shia). That the Abrahamic faiths are at all in conflict despite our books being so similar, feels similarly wrong to him. Information, so tightly controlled in the Muslim world, is propaganda. In Yemen, if you talk to a Jew you are, for all intents and purposes, a Mossad spy. Al Samawi’s first death threats came because of the mere fact that he was said to have talked to Jews and Christians.

Reading the book “The Fox Hunt” in contemporary America, it feels like the title is an oblique objection to the racist stereotypes led by Fox News and others who have pushed the terms “terrorism” and “Muslim” so close together that to watch their coverage of one is to feel their coverage of the other. The sheer humanity of Al Samawi, emphasized by the physical limitations caused by his childhood illness, rejects any stereotype – he’s really not like anyone else. Likewise his saviors, Daniel Pincus, Natasha Westheimer, Justin Hefter and others, are unusual folks. They are Jews and Christians but they are not types, they are people. It’s hard to think of Yemenis, Syrians, Americans, Israelis as people rather than numbers, but one of the lessons of the book is that every one of the “8.4 million [Yemenis who] do not know how they will obtain their next meal” are all individuals.

Explicitly, though, the title of Al Samawi’s memoir, comes from a Talmudic story that Al Samawi tells about a fox who offers to carry fish to safety from nets in one stream to another overland on his back. In the usual telling, it is the fish who outsmart the fox by refusing to jump on his back. Whether the fish perish in the nets or not is rarely recounted. Al Samawi has a different interpretation.

“Like the fish in the stream, I grew up believing that I was safe in the water; that foxes were evil; that I would die on dry land. But like so much else, this proved to be false. The people I trusted tried to kill me; the people I distrusted saved my life. But the moral is bigger than me. We are all racing upstream, trying to avoid the nets and hooks that have been laid out for us. I beg you to take a chance and jump onto dry land. It may be uncomfortable, it may be dangerous, or it may help us change the parable.”