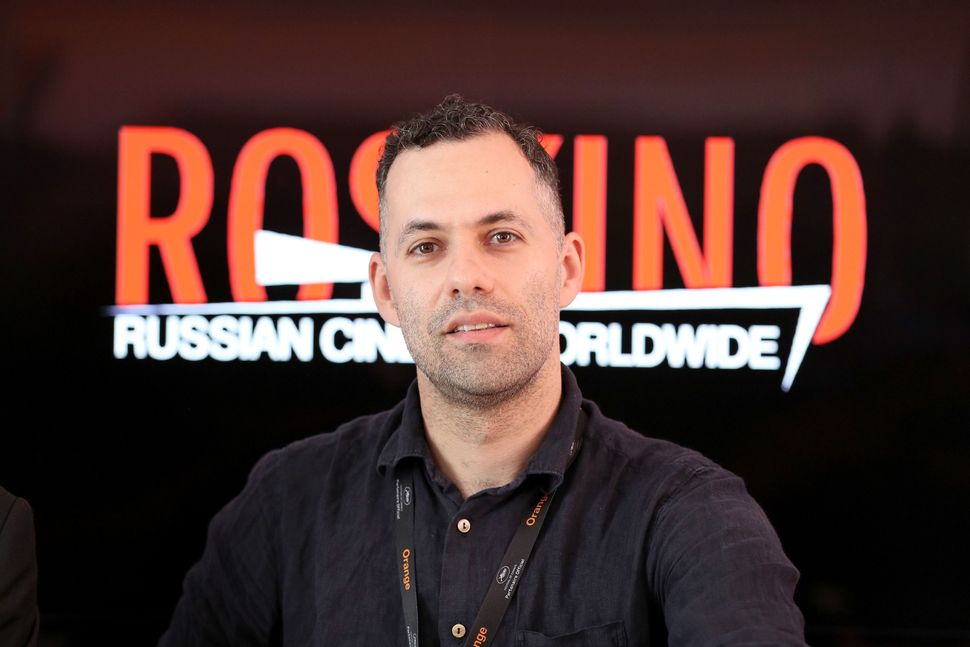 In response to the scandal surrounding the 2016 U.S. presidential election, American media outlets have presented the Kremlin as a breeding ground for complex schemes and ruthless espionage, and have cast Vladimir Putin as an eccentric mastermind. These commentators would do well to read Michael Idov’s “Dressed Up for a Riot: Misadventures in Putin’s Moscow,” a hilarious recounting of the author’s brief tenure as GQ Russia’s editor from 2012 to 2014 that doubles as an absurdist guide to Russia’s conspiracy-drunk politics. The memoir draws from Idov’s experiences in Moscow and his knowledge of Russian institutions to illustrate how the conspiracy-peddling of the Russian state media apparatus, and the insularism and naiveté of a patchwork opposition movement, has bolstered Putin’s regime. The authoritarian Putin is no brilliant puppeteer, Idov argues, but, instead, a cynical and savvy cog in a brutal and gargantuan machine.

Idov, who emigrated to the U.S. from Latvia as a child, was a semi-successful New York novelist, journalist and Putin critic who, after two years at GQ Russia, became a tabloid star, rap video cameo-maker and pariah of the Russian opposition. In 2012, after the success of his Lower East Side-set novel, “Ground Up,” he accepted an offer to take over GQ’s Russian offshoot in Moscow. (The book, which follows a couple whose marriage falls apart after opening a coffee shop together, found little success in the States, but was, according to Idov, beloved by Moscow’s educated class, who aspired to re-form their city in the image of Brooklyn. The novel was translated into Russian in 2009.) Somewhat serendipitously, Idov found himself in Moscow at the most optimistic, and uncertain, moment for the Russian opposition since the end of the Soviet Union.

A new protest movement, led by a group of magazine editors and liberals calling themselves the “New Decembrists,” sought not just to protest Putin, but to root out the cynicism, despair, and ironic detachment of the Russian opposition. The day Idov accepted Conde Nast’s offer, he writes in “Dressed Up for a Riot,” 100,000 people with a huge range of political affiliations— from “Ground Up”-reading liberals, to right-wing Nationalists, to hard-core Communists — took to the streets of Moscow in protest of the upcoming election. It seemed that many Russians were ready for change, however ill-defined.

Unfortunately, these newly-emboldened dissenters did not think much of Idov’s new position at GQ. The publication had, for years, catered to sleazy Moscow elites, whom Idov largely despised, but now relied upon for advertising revenue. Taking the GQ job drew the suspicions of opposition figures with whom he’d previously gotten along, while his attempts to reform GQ — including, ironically, efforts to show more native Russians on the cover, as well as to make minor cuts to fashion coverage — spooked many luxury advertisers.

Idov’s disagreements with his critics even became violent. One of his early hires, a young, promising political blogger named Andrew Rivkin, was beaten up by two famous Russian novelists after he criticized them in a blog post. Idov himself punched the anti-Semitic editor of a fellow Conde Nast publication called Tatler in the face on the steps of the Bolshoi theatre, after the editor “Jew-baited” Idov in his magazine’s pages. Idov was pummeled in Russian tabloids after the event, who portrayed him as unstable and the Tatler editor as a victim. Soon, Idov became villainized on all sides, written off as a naïve, overly-idealistic American, as a gutless collaborator, as a subversive Leftist.

The situation would only get worse, both for Idov and for Russia as a whole. Putin swept into power in late 2012, and proceeded not only to reverse meager reforms, but to tighten restrictions on Russian civil society to a degree not seen since the Soviet Union. Putin’s regime passed laws outlawing speech that “create(d) false equivalence between traditional and nontraditional lifestyle,” which in practice was atrocious anti-gay legislation which could be applied in nearly any situation (Idov, for example, struggled to publish a positive review of “Liberace: Behind the Candelabra”). Then, in response to the U.S. Magitsky act, which placed travel restrictions on Russian officials accused of murdering a Russian whistleblower, the Russian government outlawed the adoption of Russian children by U.S. families.

Idov grew wary of the opposition, whose leaders dissected his every decision as editor. Try as he might to reform GQ — within the constraints of the organization — he became an outcast among an insular and increasingly wary protest movement. So, near the end of his tenure, he closed his nostrils and leaned into the grimy embrace of Putinists — when things got a lot more interesting. He appeared in Russian rapper Timati’s music video for a song called “GQ,” and across from Snoop Dogg in a Russian movie. He sold a screenplay to a Russian oligarch. Then, in 2014, the same year Russia invaded Crimea, he left GQ to work as a screenwriter.

“Dressed Up For a Riot” offers no solutions to the problems facing Russia, but it clearly presents the contradictions of life under an authoritarian regime, and the absurd theater of politics without democracy. Idov also does well to include the role of the media in perpetuating Putin’s rule — contemporary Russians are as immersed in popular culture as we are in the United States, and it plays a major role in how they interpret the world. Most concerningly, Idov convincingly argues that the cynical concept at the heart of Russian politics — according to Idov, “the idea that no protest is genuine, that no political preference is based on moral principle, that the people are always somebody’s pawns” — is being “exported westward.” From Russian bots’ influence on social media, to “conspiracy-peddling” Russian news channels being broadcast in the US, to the Kremlin’s possible collusion with Trump, there is already ample evidence that Idov may be right.