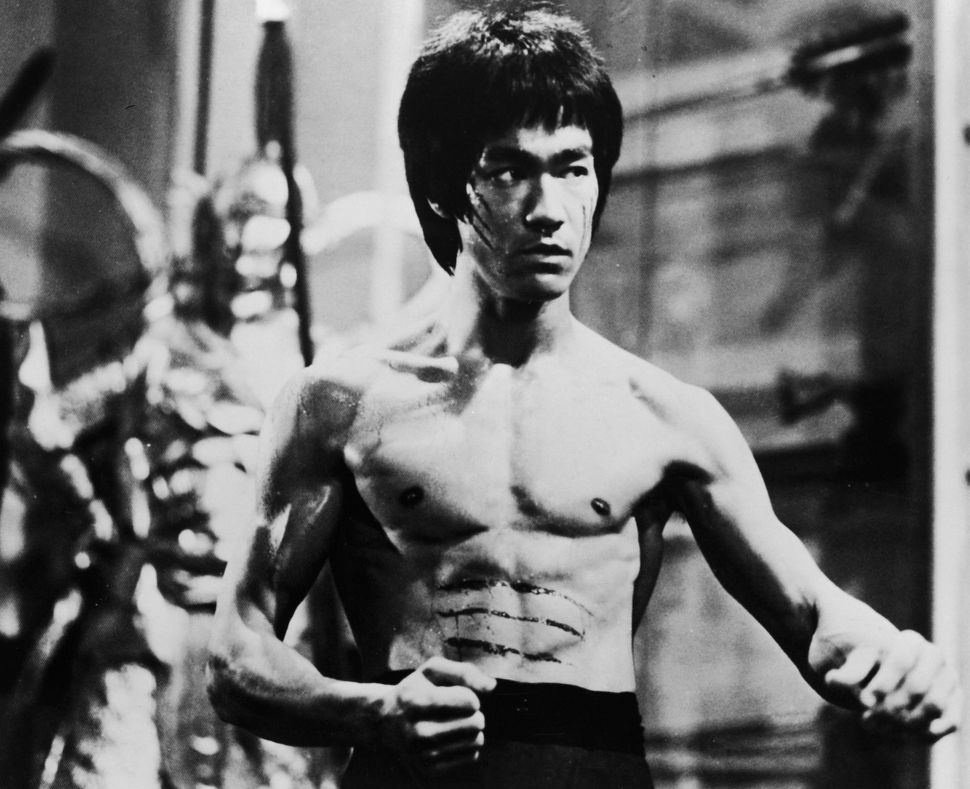 Was Bruce Lee really Jewish? The new Bruce Lee biography, “Bruce Lee: A Life”, comes with a few surprising revelations. Written by Matthew Polly and published on June 5, 2018 by Simon & Schuster “Bruce Lee: A Life” is the monumental new biography of the martial arts film star and cultural icon. Brice Lee was named by TIME magazine as one of the 100 most influential people of the 20th century, was descended from a Jewish butcher in Rotterdam, Holland.

It was long known that Bruce Lee had European ancestry and Lee himself believed that he was part German. In fact, early in his life in Hong Kong, Bruce Lee faced discrimination by other martial arts students who refused to train with him because he wasn’t of “pure” Chinese descent.

It was long known that Lee had European ancestry; Lee himself believed that he was part German. And in fact, early in his life in Hong Kong, he faced discrimination by other martial arts students who refused to train with him because he wasn’t “pure” Chinese.

Polly, however, has dug up the truth about Lee’s maternal great grandfather Mozes Hartog Bosman. Bosman was born into a Dutch Jewish family of German descent and was the son of a kosher butcher in Rotterdam. Deciding the life of a “shochet” was not for him, Bosman boarded a ship heading east, where he eventually wound up as the Dutch ambassador to Hong Kong. As was the practice during the time, Bosman bought himself a Chinese concubine, with whom he had six children. When he later went bankrupt, however, Bosman abandoned them, moved to California, changed his name, remarried and never looked back.

Meanwhile, back in Hong Kong, Bosman’s six sons grew up to become the richest men in Hong Kong. (I leave it to you, dear reader, to decide if this was due to their Jewsih minds / “yidishe kops”.) Bruce Lee’s grandfather, Ho Kom Tong, was so rich that he had a wife, a secret British mistress, 13 concubines and 30 children. One of children was named Grace Ho who married a famous Cantonese opera actor, Li Hoi Chuen. The two had five children, the fourth of whom was named Bruce.

Actually, he was originally named Lee Jun-fan. “Bruce Lee” was the name he adopted when he returned to the land of his birthplace at age 18 to attend the University of Washington in Seattle, where he studied acting. Back in Hong Kong, Lee had been a child actor. by the time Bruce Lee was 18, he had already appeared in 20 films.

Lee’s first big break in Hollywood was being cast as Kato, the Asian sidekick to the title character in the TV show “The Green Hornet.” The show lasted only one season, but it led to more work in similar roles that drew upon Lee’s expertise in martial arts.

The Fred Weintraub produced film “Enter the Dragon,” was a huge commercial success. This Bruce Lee martial arts film sparked the kung fu craze of the early 1970s, including the hit song “Kung Fu Fighting” and the TV series, “Kung Fu.” Sadly, Lee, never lived to see his greatest commercial success. A week before Enter the Dragon was released to the movie screens, Bruce Lee died as a result of an allergic reaction to a painkiller.

As part of the publicity campaign for Polly’s book, the publishers have made a promotional video touting Bruce Lee’s Jewish ancestry. Since this article is appearing in the Forward and since you’ve read this far, it appears to be working.