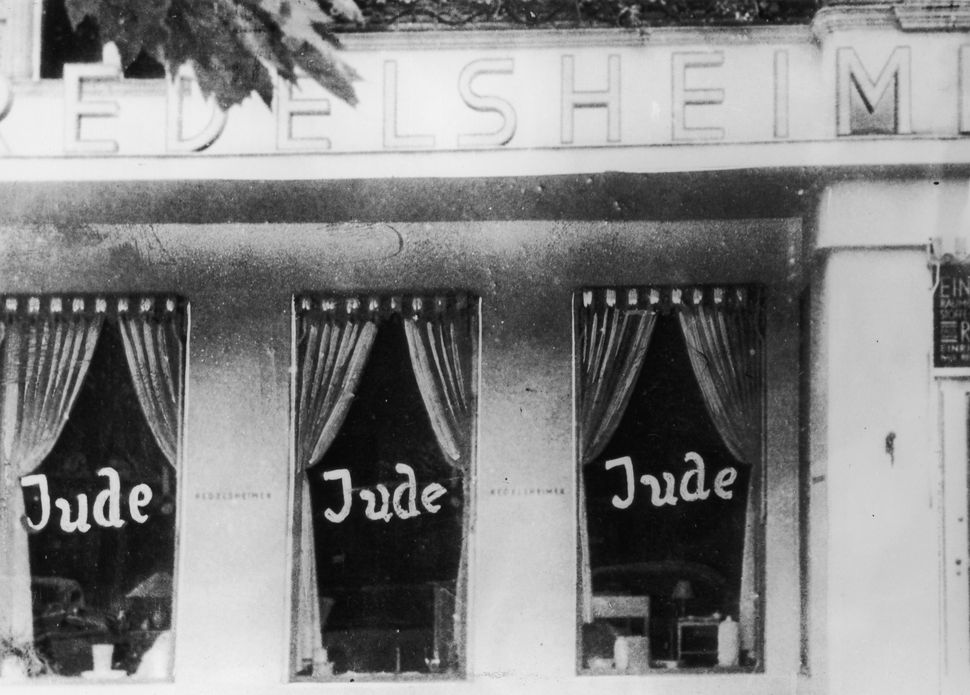 When President Trump characterized immigrants as “animals,” some people waved it away, claiming he was only referring to gang members. But his use of “infest” in connection to human beings is impossible to ignore. The president’s tweet that immigrants will “infest our Country” includes an alarming verb choice for anyone with knowledge of history.

Characterizing people as vermin has historically been a precursor to murder and genocide. The Nazis built on centuries-old hatred of Jews as carriers of disease in a film titled “Der Ewige Jude,” or “The Eternal Jew.” As the U.S. Holocaust Memorial Museum notes on its website, in a section helpfully titled “Defining the Enemy:” “One of the film’s most notorious sequences compares Jews to rats that carry contagion, flood the continent, and devour precious resources.”

What is happening now is “defining the enemy.” Substitute “continent” for “Country,” capitalized, and you get the picture. The roots of the particular word “infest” are also telling. The English word comes from the French infester or Latin infestare ‘assail’, from infestus ‘hostile’. So yes, it’s a word rooted in hostility.

Many dictionaries confirm what we all know: that infest is used in contemporary American conversation to mean insects or animals taking over a space.

The use of the word “infest” by an American president was immediately noticed by reporters.

“Also — insects infest. This public language about immigrants from a US president after, say, 1970, is remarkable.”

For anyone familiar with Nazi history — the exhibit of “Degenerate Art,” the film “The Eternal Jew” and the persistent campaign to paint Jews as vermin or animals, and certainly not human — the word “infest” is not only remarkable, but terrifying.

Scholars of Jewish literature and history have been sounding alarms over what is happening at the border and the language surrounding immigration. Ilan Stavans, the linguist, translator, Amherst College professor, and publisher of Restless Books, was born into a Jewish family in Mexico, and is the author of “Spanglish: The Making of a New American Language” as well as “Resurrecting Hebrew.” Earlier this week, Stavans tweeted:

The Trump Administration’s policy of separating children of their asylum-seeking Hispanic parents is spiteful. It is reminiscent of the Nazi strategy to divide Jewish families. Racism at its clearest. For how long will we remain silent? Are some families more sacred than others?

The last two questions posed by Stavans are especially important now; the verb “infest” is, indeed, to borrow a bit from Stavans, language at its clearest.