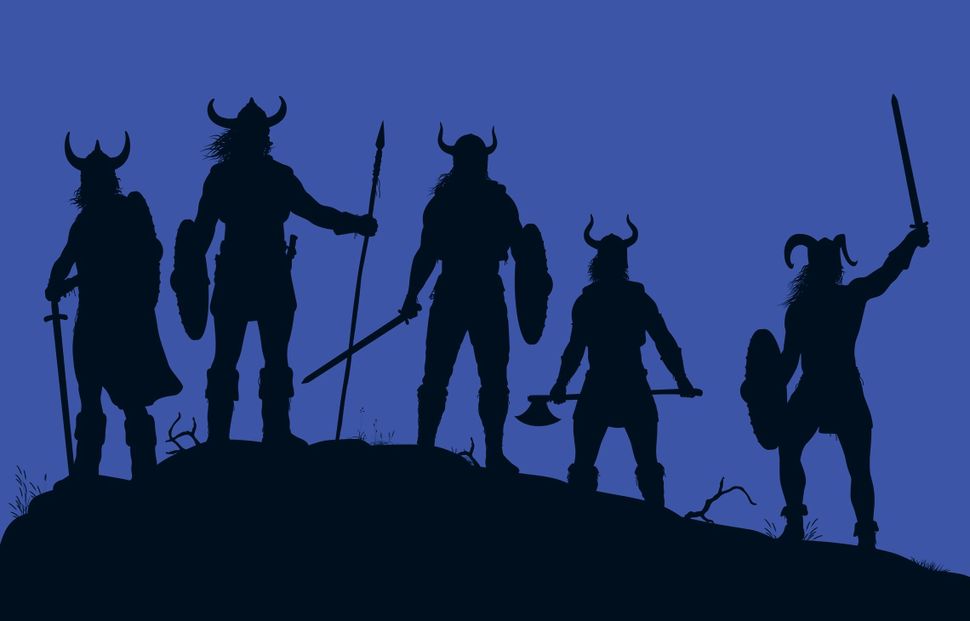 If you are thinking of getting yourself genetically tested, you are probably sick.

Because, while genetic testing can provide useful medical information about you, it only rarely tells you anything useful about where your ancestors are from. On the other hand, if you do a personal DNA test, you are in danger of buying into a questionable worldview, and maybe paying for the privilege of giving away your most intimate details.

Let me explain what I mean.

Obviously there are some people who are in high risk groups and who should screen before parenting and some people, like adoptees, who are disconnected from their genetic forebears, but those others who lightly send off their spittle samples to be tested are in danger of falling into two distinct traps: racism and exploitation. That’s even before you start worrying about your name, credit card information and exact genetic information getting stolen from your reputable DNA tester (MyHeritage reported 92 million emails and hashed passwords had been hacked from their servers in early June).

First, DNA analyses are still rudimentary. Companies can only compare your genetic makeup with existing databases of people who have done genetic testing. The percentages that turn up in the test results — like 7% from the Northern Indian subcontinent — are misleadingly exact. They only show how the specific database and the specific company’s comparison algorithm exactly divide up your 100 points of identity. That’s like having a screen shot of a video of my face and stating the precise percentage of different color pixels you need to reproduce that screenshot. You could have an exact number describing a rough approximation of only one factor of what I look like.

Nor, even if this were exact, would genetics explain anything about history, either personal or political. To extend the metaphor, you’d have no idea what I thought or how I acted by virtue of the pixels that constitute me on screen. You learn nothing about our decisions from breaking us into our biochemical components. You might as well just lay out a bunch of proteins on a lab bench. After all, as Jared Diamond suggests, genetically speaking, we humans have almost as much in common with the chimpanzees as with each other.

For example — to refer to a promo for the “Vikings” television show in which a father is waiting to hear whether he’s part Viking — what difference would it make if you find out that you are 1% Viking? Or rather, since the science is not exact, waiting to hear that perhaps maybe you have a chance of being 1% Viking? Would you immediately start acting like a Viking? What do you know about Vikings aside from raping and pillaging, or the other imperfect received ideas about them? And if that is indeed what Vikings did — along with unpowered transcontinental voyages of discovery — did they do that because of their DNA or because of their social, economic and cultural context?

Of course “Viking” is a particularly fraught term as it may, etymologically, be a verb or a noun referring to one of a number of activities (or someone who engages in them) and, in common parlance, refers only to a group of people in a particular era not a particular “racial” group.

Believing that people make decisions, have characteristics and are distinct because of their genetic construction is the basis of race theory. Race is an illusion perpetuated to maintain or bolster certain power relations. If you believe that history is due to the genetics of the people who made it, you are making the same racist assumption that believed in the manifest destiny of the white Europeans to master the primitive African races.

Perhaps because we are increasingly understanding how mixed our genes are that, in the face of all science there’s a ubiquitous essentialism to the ads for DNA testing. “Trace your blue eyes to your Irish ancestors,” they tempt us. To my ears, wanting to trace blue eyes or Viking roots smacks of President Trump’s racist avowal, “I love places like Norway.” But even those people who say, “7% of my genes come from the Indian subcontinent, that explains why I love rice,” or “I’m 18% Ashkenazi Jewish, that’s why I talk with my hands,” are indulging in obnoxious, if soft, racism. Someone who says “I need to grow a beard and wear a helmet because I’m 1% Viking”… he’s just confused!

I have chosen the Vikings because they are a highly visible example of the misguided notions of genetics, history and race. But for family trees that were uprooted from their heritage through the transatlantic slave trade there isn’t much better news.

There are genetic variations across continents but within Africa, for example, it’s pretty difficult to say anything more specific. For example the Yoruba and Igbo put it succinctly:

All the DNA test can tell you with any certainty is that your DNA most closely resembles that of /these/ people from /this/ region. And if you’re African American well, as I said, you’re likely a mosaic of many different ethnic groups from the continent. In Nigeria, alone, there are about 500 different ethnic groups aside from the ones that are commonly known.

The good news, though, is that you probably do know a lot about yourself that is actually meaningful. Despite the increasing deracination of contemporary capitalism, information is more available than ever before. You know that you are an English-speaking adult in the early 21st century. There’s a lot of research you can do about the many different cultures to which you probably belong. You might know your parents — they might have cultures that you could research. You could question those values and cultural traditions that — for better or worse — may have formed the basis of significant decisions and cultural contexts in your family history.

Judaism begins many of its prayers with the formulation “Our God and God of our ancestors.” We shape the idea of God, that is, through every generation. We receive culture from our ancestors and we shape it ourselves. We are not Jewish because some guy named Abraham invented monotheism and then sprayed his seed down a thousand generations. We are Jewish because thousands of years of human interventions have shaped the religion, the civilization, the cultures and the peoples that now constitute world Jewry.

And that goes for members of every people and community.

You are the end of an unbroken chain of eclectic cultural transmission that is waiting for you to help shape it. Not because you are a Viking or a Yoruba, but because you are — if you are reading this — part of contemporary western civilization at a pivotal moment in human history. You have agency, you have power, you have information. As Rabbi Tarfon might have put it had he been contributing to the Sayings of the Fathers in the 21st and not the 2nd century.

“It is not incumbent upon you to complete the work, but neither may you desist from it or become distracted by bogus genetic markers.” (Avot 2:21, amended)

If, after all this, you think that 23andMe is a harmless conversation starter to purchase as a gift, know this: You are handing Big Pharma your most precious and intimate possession. Every swab you send a DNA testing company hands them the key to your personal unique genetic code. In advance of the winter gift buying season of 2017, Peter Pitts of the Center for Medicine in the Public Interest, a nonprofit advocacy group told NBC that “It’s the most valuable thing you own.”

So, if you’re sick, get tested by a doctor in a proper medical context. If you’re not sick, find out about your culture and civilization here and now, and decide what you are going to do about it.