Why TREASON Is More Popular Than Ever 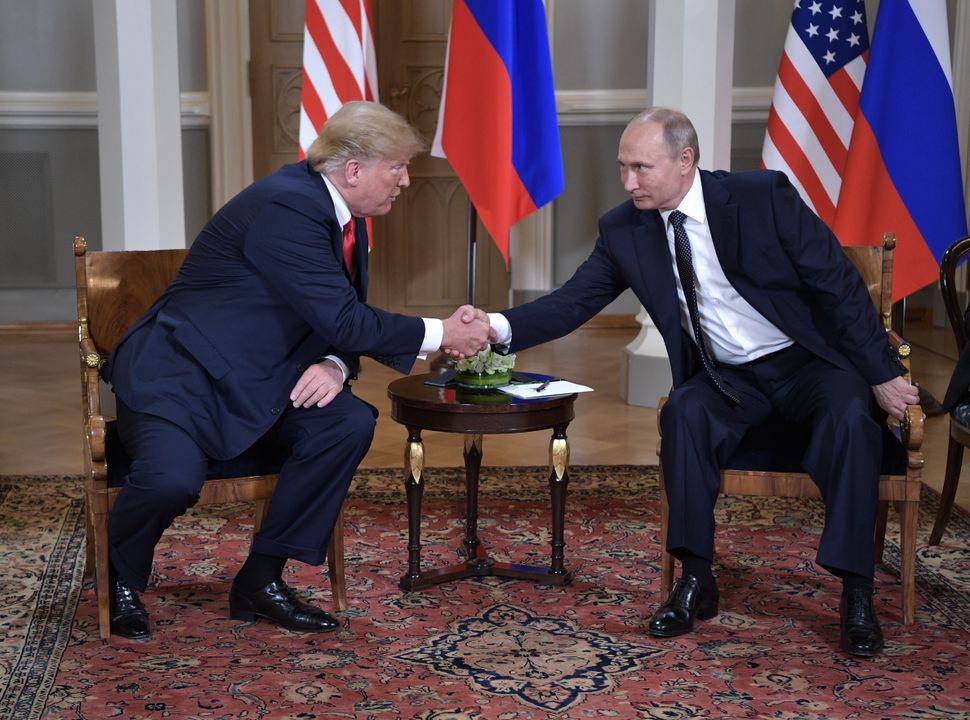 Something unexpected happened to treason over the past two hundred years — the word nearly disappeared from use. As this handy chart reveals, treason was a much larger part of vocabulary in 1810 than it was in 2010. And maybe because the word left conversation, it also left our consciousness.

We forgot about it. Until Trump stood there with Putin, attacking his own intelligence service.

I had to search my mind to think about the last time I had heard the word “traitor” used in conversation, and actually, the last time was when someone referred to the Italian phrase Traduttore, traditore — “translator, traitor” — a phrase translators naturally despise.

Of course, that sort of thing — using the wrong word — is nothing like being loyal to the wrong country, when you’re the President.

It felt like watching the President hand America over to Russia, which is interesting, because that’s the original meaning of treason. It comes from the Latin tradere, to hand over or betray, and tradition, the act of handing over.

The word morphed into traisun in Anglo-Norman French to become the Middle English word tresoun. It was first used in English in the 13th century.

So what does it mean now? Here’s the Collins Dictionary, telling it like it is:

Treason is the crime of betraying your country, for example, by helping its enemies or by trying to remove its government using violence.

Note the mention of violence. Lock her up, anyone?

Maybe that’s not entirely fair, not exactly “remove its government using violence,’ since Hillary Clinton was never President. But then there’s the very basic and impossible-to-ignore betraying your country, the very first part of the definition.

For those wondering what “betraying your country” means, yes, there is a legal definition of it.

The offense of attempting to overthrow the government of one’s country or of assisting its enemies in war; specifically : the act of levying war against the United States or adhering to or giving aid and comfort to its enemies by one who owes it allegiance

That first part is crucial: “the offense of attempting to overthrow the government of one’s own country.” That is very close to what the investigation of the 2016 election is about — an attempted overthrow of the election system.

But the last few words are important too, especially comfort.

Even without any words at all, people around the world could read Trump and Putin’s body language, and figure out who seemed comfortable.

Putin arrived late to meet with the President, and it appeared to all that Trump was making himself subservient, groveling before a former KGB agent fresh off tampering with American elections — as well as murdering journalists in his own country and poisoning ex-diplomats in the United Kingdom. Not to mention, well, what has happened in Crimea, Ukraine, and Syria.

Interestingly, the only people in the room besides Trump and Putin at the Helsinki Summit were translators. And even there, Putin had an advantage — of language.

“Although Putin speaks near fluent English — good enough to correct interpreters sometimes, according to his spokesman Dmitrydmotr Peskov — the presence of interpreters is a matter of protocol,” Newsweek reported.

That’s not very comforting, to realize that Putin understood almost every word of Trump’s while, for all Trump knew, the translator charged with translating Putin into English was a purveyor of “fake news.”

But in the tally of traitors, any possible linguistic decision by translators — who have unfairly been called “traitors” for centuries — barely counts next to the horror of an American President handing over the country, or himself.

We must make sure that does not become tradition.

Why TREASON Is More Popular Than Ever