Anton Rubinstein, Composer And Pianist, Wowed The World. How Did We Forget Him? 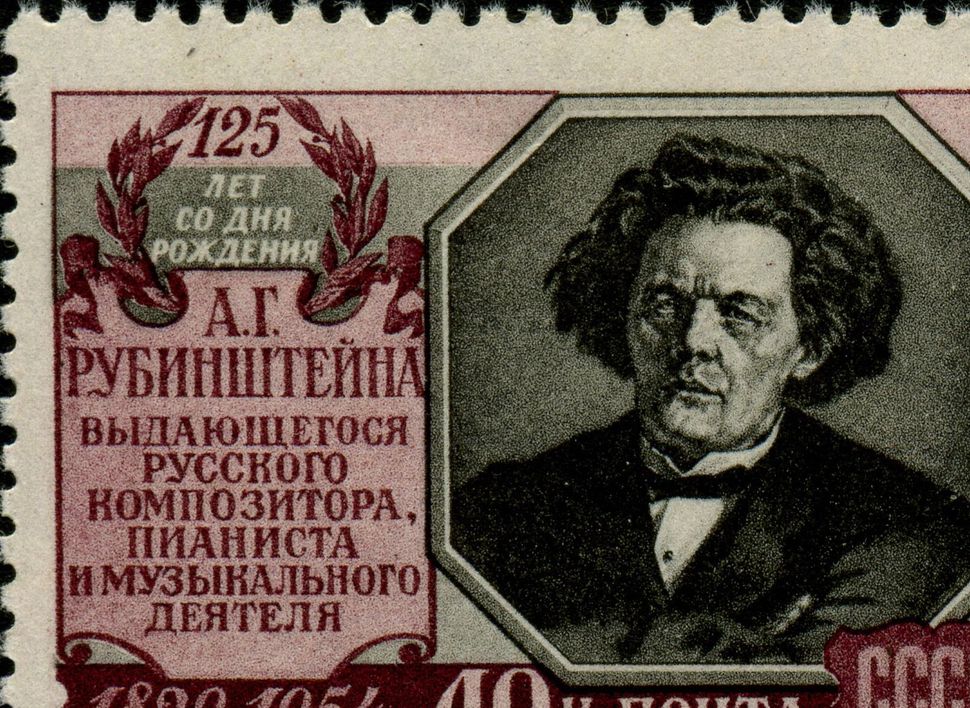 The first performance of Anton Rubinstein’s opera “The Demon” at London’s Covent Garden was memorable — to say the least. A spurt of flame, a New York Times reporter reminisced in 1893, “burst out from the Demon’s den, and set the adjoining scenery on fire.” Rubinstein was conducting and helped put out the fire, an endeavor that took several minutes. The spectacle, the writer declared, was one “we shall never forget.”

And yet it was forgotten, and so was Rubinstein himself, who once flamed bright — sorry — in the landscape of Russian music. “He Russianized Music as a Profession,” declared the Times’ 1894 obituary of the composer and virtuosic pianist, who toured extensively in the United States. Pyotr Ilyich Tchaikovsky, the 19th-century Russian composer who found the most lasting renown, studied under Rubinstein at the Saint Petersburg Conservatory, and dedicated three of his later works to his former teacher. Rubinstein was friends with Franz Liszt, Felix Mendelssohn and Frederic Chopin. Yet as their reputations thrived in the gaze of history, Rubinstein’s diminished, then all but disappeared.

Leon Botstein, president of Bard College and music director of the American Symphony Orchestra, sees a simple reason for Rubinstein’s omission from the contemporary canon: “Anti-Semitism.” Botstein, who selected Rubinstein’s 1875 opera “The Demon” for this year’s Bard SummerScape festival — the opera premieres on July 27, with Botstein conducting — told me that Rubinstein is “the most forgotten famous musician-composer of the 19th century.” 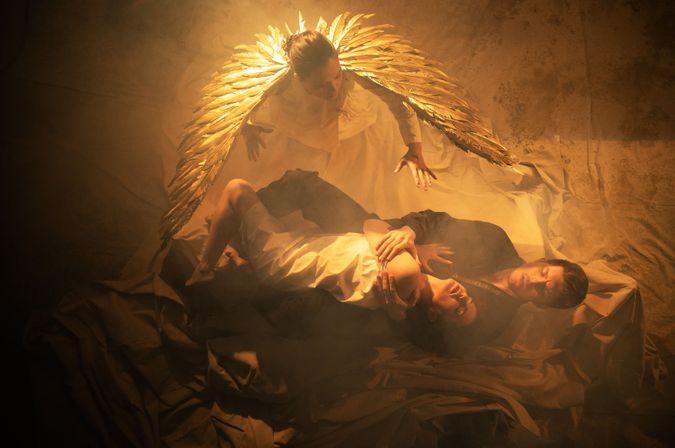 Yet Rubinstein barely identified as Jewish; his family voluntarily converted to Russian Orthodoxy when he was a child. Such a conversion, Botstein said, “was the entrance to having a public life in Russia.” In Rubinstein’s “Autobiography,” published in 1890, neither the word “Jew” nor any of its variants appears even once.

After Rubinstein established himself as one of Russia’s preeminent composers and musicians, he did experiment with works on Jewish themes, in 1875 writing an opera titled “The Maccabees” with the Jewish librettist Salomon Hermann Mosenthal, with whom he also collaborated on the opera “Moses,” completed in 1891. Yet he composed on Christian themes as well, Botstein said, composing music for Milton’s “Paradise Lost” and writing an opera titled “Christ.”

In the musical landscape of his days, Rubinstein’s forays into stories from Jewish tradition were unremarkable. “There was a late 19th-century revival, spearheaded by Mendelssohn, of what we call ‘biblical spiritual oratoria,” Botstein said. “These composers — Dvorak, Rubinstein, Bruch, Hiller, a whole bunch [wrote] choral music on biblical themes.” Yet his Jewish origins, to a group of his peers, remained remarkable — damningly so. 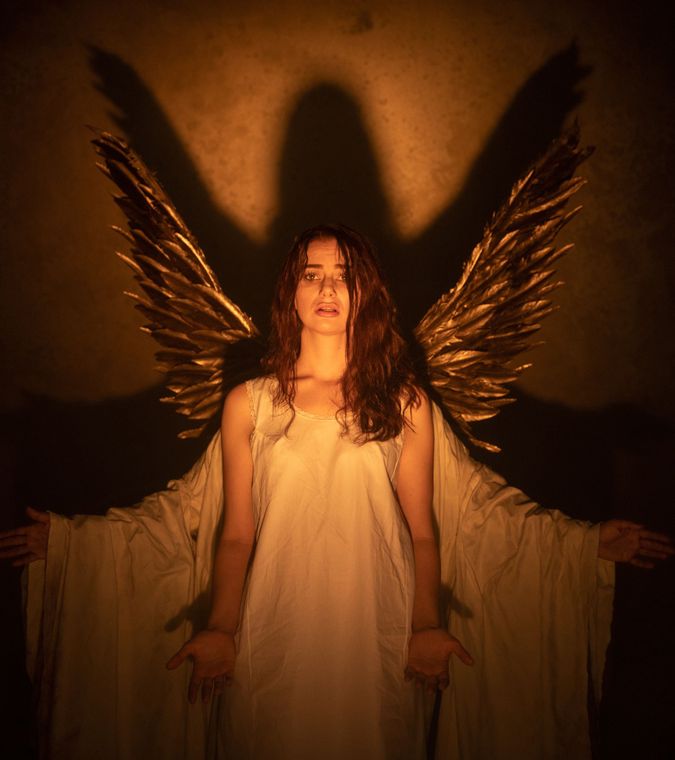 Mily Balakirev was the center of a group of composers that included Alexander Borodin, Modest Mussorgsky, Nikolai Rimsy-Korsakov and César Cui. Known as the Five, the group were classical tastemakers of their day, nationalist-minded composers who attempted to create a distinct Russian sound. Becoming a dominant force in Russia’s mid-19th century musical world, they were also, with the exception of Rimsy-Korsakov, unrepentantly anti-Semitic toward Rubinstein. In a 2013 article for The Spectator, Philip Hensher observed that when Rubinstein was named the founding director of the newly-created Saint Petersburg Conservatory in 1862, the Five and their affiliates responded by bandying about references to Yankel, the viciously stereotyped Jew who appears in Nikolai Gogol’s novella “Taras Bulba.”

According to Botstein, the gradual removal of Rubinstein from the canon was closely linked to the nationalism that Balakirev and his group held as a core musical value. After Rubinstein’s death, his music was dismissed as “being unoriginal, Western, imitative,” Botstein said. The anti-Semitism, he added, “masquerades in aesthetic judgment: ‘Not connected to the Russian soul, not connected properly to the Russian language.’”

Yet “The Demon,” which Botstein considers the composer’s masterpiece, is emblematic of a deeply Russian strain of Rubinstein’s work. Drawn from a poem of the same title by Mikhail Lermontov, with a libretto by Pavel Viskovatov, the opera is a paean to a formative and extremely controversial work of Russian literature, originally censored for its apparent antagonism toward religion. The poem and opera tell the story of a demon and the young woman, Tamara, with whom he falls in love. Despite her attempts to resist her attraction to the demon, Tamara eventually succumbs to his seduction, only to be horrified by her lapse in judgment and offered salvation. The demon receives no such grace; he is condemned to everlasting solitude.

Lermontov’s poem, largely composed in the 1830s, was ahead of its time in Russia, a Romantic-minded text in an Orthodox country. Decades later, Rubinstein might have hoped his operatic adaptation would capture something of the spirit of the new era. Yet, he lamented in his 1889 autobiography, “‘The Demon’ is given very seldom of late years; ‘The Maccabees,’ not at all.” At the end of his life, Rubinstein could see the looming eclipse of his work. He wrote that he suspected the cause was the dislike of theater managers for the Saint Petersburg Conservatory, which he had remained heavily involved with even after resigning as director in 1867.

The end of his autobiography is an anxious recounting of the many obstacles facing the development of Russian music, complete with proposed solutions. Rubinstein’s methods were different than those of the Five, yet his aim was in many ways the same: To create a truly Russian mode of classical music. To the extent that aim was accomplished, it was accomplished at the cost of leaving his work behind.

Yet, as with Lermontov, whose “Demon” was published only after his death, Rubinstein’s “Demon” may have eventually found its time. In 2015, the opera was revived in Russia by the late Dmitri Hvorostovsky, then one of the world’s most renowned operatic baritones and one of the best-known figures in Russian classical music. It’s too early to say whether Hvorostovsky’s influence will have been enough to redeem “The Demon” from its own imposed solitude. But it’s a start.

“The way music history is written and told is very selective,” Botstein said. “It’s not objective. We’re trying to revive a work that we believe should have a life on the stage.”

Anton Rubinstein, Composer And Pianist, Wowed The World. How Did We Forget Him?