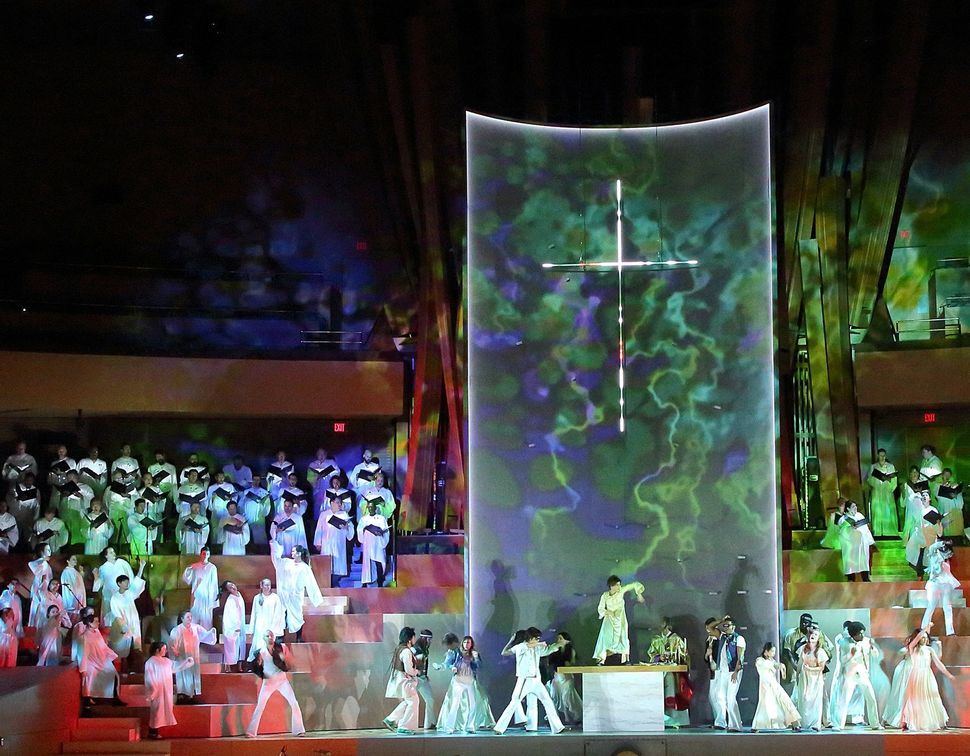 A scene from Leonard Bernstein’s “Mass” at Lincoln Center. Image by Mathew Imaging

My best memories of summer are of the arts: Catching a B.B. King concert in a Denver August downpour; waiting in the humid heat for a free ticket to “My Fair Lady” at the Muny in St. Louis; spreading a jacket on the beach at Coney Island and watching the riveting and under-recognized “Crown Heights” on a blow-up screen buffeted by a strong wind off the ocean. I tell friends to visit New York in the summer, even though everything will smell like hot trash, because summer is when you can see enthusiastic amateur Shakespeare in every neighborhood park — as well as professional Shakespeare in one rather famous one — a week of free screenings of operas at Lincoln Center, outdoor movies at every self-respecting venue with a view and the New York Philharmonic under the stars. If winter is made for long nights with long novels, summer is made for festivals and artistic experimentation and, well, fun.

Yet while fun is its own worthwhile cause, in troubling times, some of this season’s most important artistic events are those that will elicit sorrow over joy. The mix is essential. Read on for the Forward’s summer arts recommendations, including the sweet, sublime, sobering and more.

Robbins was one of the most influential Broadway artists of the 20th century, creating the original choreography for “West Side Story,” “Fiddler on the Roof” and “The King and I,” among other notable shows. In advance of what would have been his 100th birthday, the Muny, an enormous outdoor theater in St. Louis, presents “Jerome Robbins’ Broadway” in June. It’s the first significant production of the show, which gathers the choreographer’s biggest hits in one performance, since its 1989 Broadway premiere. When it comes to pure spectacle, you can’t do much better. Just take some advice from a former St. Louisan and Muny enthusiast, and don’t forget a fan.

Since 1996, New Haven’s International Festival of Art and Ideas has attracted some of the world’s most interesting and provocative thinkers and artists. This year’s installment, which runs June 9-23, features the Compagnia de’ Colombari production of “The Merchant of Venice,” which was developed a few years ago to commemorate the 500th anniversary of the creation of Venice’s Jewish ghetto, and Toto Kisaku’s deeply alarming, autobiographical “Requiem for an Electric Chair.” In addition to performances and lectures, the festival encompasses the New Haven Documentary Film Festival and a series of free public concerts. 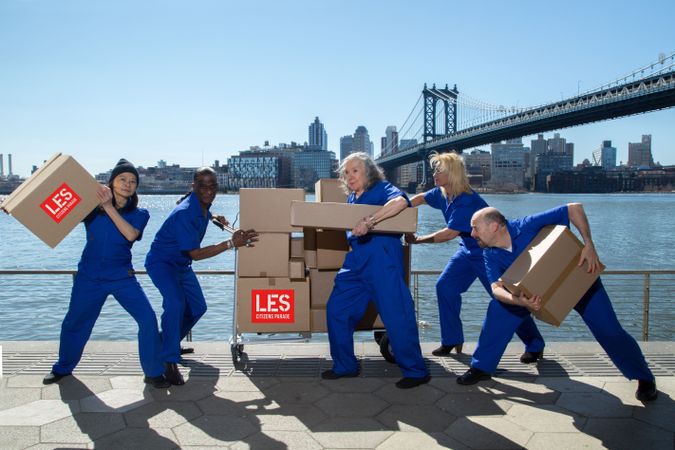 The River to River festival is a Manhattan summertime staple, a two-week-long showcase of some of the most exciting new developments in dance, music and art — and they’re all free. Running nearly concurrently with the International Festival of Arts and Ideas in mid-June, this year’s River to River offerings include “Naamah’s Ark,” a dramatic oratorio that explores the story of Noah as told by his wife, and “LES Citizens Parade,” a self-described “activist processional” created by Naomi Goldberg Haas and Laura Nova.

Weill, a composer, and Brecht, a playwright and librettist, were one of the 20th century’s great artistic pairings. “The Seven Deadly Sins” — which takes the rare form of a ballet chanté (“sung ballet”) — was their last work together before they left Germany; it premiered in Paris in 1933, as the duo fled Hitler’s newly established government. “The Seven Deadly Sins” a late-June production presented by Wolf Trap Opera in Washington, D.C., at Union Market, may not use the libretto’s English translation by W.H. Auden and Chester Kallman, but few works of art have boasted such an illustrious sequence of collaborators. 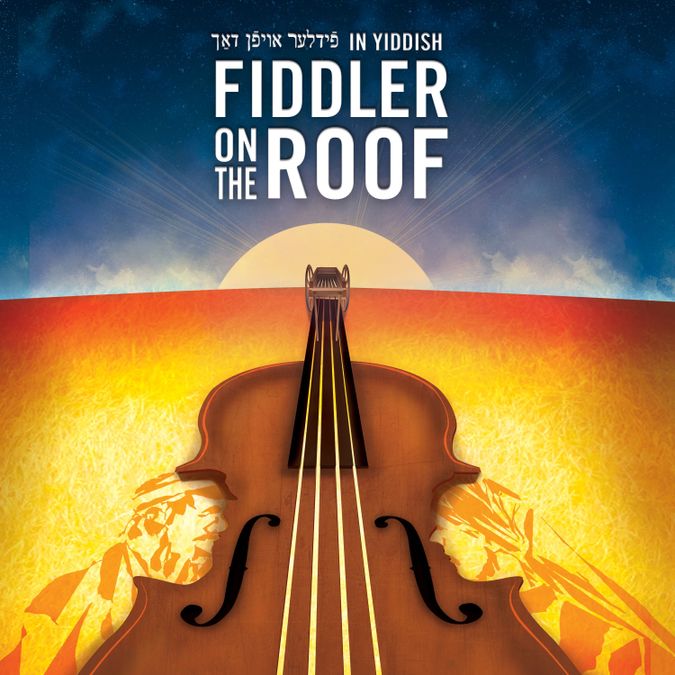 A poster for the Folksbiene’s “Fiddler on the Roof.” Image by Courtesy of the National Yiddish Theatre Folksbiene

“Fiddler on the Roof” began life as a group of linked Yiddish-language short stories by Sholem Aleichem. This summer, it returns to its linguistic roots in a new production by the National Yiddish Theatre Folksbiene. The musical fittingly debuts on July 4, a tribute to its mixed heritage as a product of the long-lived and quickly disbanded Yiddish culture of the Pale of Settlement and the absolute Americanness of the 1950s musical. The Folksbiene production, which runs through the end of August, is directed by the legendary Joel Grey. So, keep your hopes high.

6) Enjoy some of the country’s best new theater

The Williamstown Theater Festival is one of the great launchpads for American theater, and this summer’s selections don’t disappoint. Particularly promising is Carson Kreitzer and Matt Gould’s musical “Lempicka,” which tracks an aristocratic Russian couple as they construct a new life in Paris after the Russian Revolution; the production is directed by Tony nominee Rachel Chavkin, which virtually guarantees it will be good. Also of note is Jen Silverman’s “Dangerous House,” to be directed by Saheem Ali, which focuses on a South African soccer player — excuse me, football player — torn between her painstakingly crafted new life in London and the love she left behind.

7) See one of Leonard Bernstein’s most monumental works

Bernstein’s “MASS: A Theatre Piece for Singers, Players and Dancers” requires a herculean effort to produce, which is one of the reasons it’s rarely performed. In Bernstein’s centenary year, the 1971 work is receiving several productions around the globe, including one in mid-July at Lincoln Center’s Mostly Mozart Festival. The piece is worth seeing for its broad mix of musical styles and the spectacle of its staging; it’s also worth seeing because other opportunities to do so in the near future may be scant.

Concerts that feature Philip Glass’s work are common; somewhat less frequent are performances by Glass himself. That’s why his four-night gig at the San Francisco Jazz Festival is such a big deal. On July 19 and 20, the 81-year-old performs chamber music alongside cellist Matt Haimovitz and harpist Lavinia Meijer, and on July 21 and 22, he’ll play compositions for solo piano with a variety of guest pianists, including Anton Batagov and Aaron Diehl. 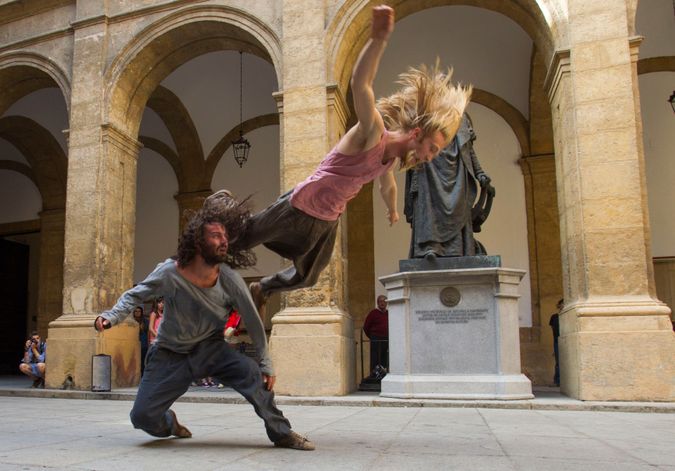 9) Absorb the latest in dance at Jacob’s Pillow

Bard Summerscape specializes in reviving obscure musical works, and this summer’s program stays true to form. Leonard Bernstein’s “Peter Pan” hasn’t been seen in New York since its Broadway premiere in 1950. Perhaps there’s a good reason for that, but the only way to judge will be to catch Bard’s Christopher Alden-adapted production, which runs June 28-July 22. If, as a famous Cohen might say, you want it darker, Anton Rubinstein’s opera “Demon,” conducted by Leon Botstein, runs July 27-August 5.

11) Celebrate the opening of the National Comedy Center

As has long been known, Jamestown, New York, is the home of comedy. Guys, that was a joke; even if Jamestown isn’t yet fabled for its hilarity, it soon will be when the National Comedy Center opens in August. The museum marks the occasion with the Lucille Ball Comedy Festival, which features such beloved comedians as Amy Schumer, Fran Drescher, Alan Zweibel and Lily Tomlin.

12) Visit the National Memorial for Peace and Justice

The National Memorial for Peace and Justice, which opened in late April, could hardly have arrived at a more urgent time. Located in Montgomery, Alabama, the years-in-the-making memorial honors the victims of lynchings in the United States. Unlike many monuments, this one adopts as its premise that more violence is inevitable, at least until the legacy of violence is fully reckoned with. In 2018, no site devoted to national history is more significant.

Museum exhibits devoted to the art of propaganda aren’t new, but they’ve taken on new relevance in recent years. The de Young Museum’s “Weapons of Mass Seduction: The Art of Propaganda” provides a thorough primer on the subject, covering everything from the air-dropped propaganda of World War I to the wartime films of the 1940s. The methods of persuasion may seem outdated, but the materials’ message remains trenchant: Don’t believe everything you read — or see. 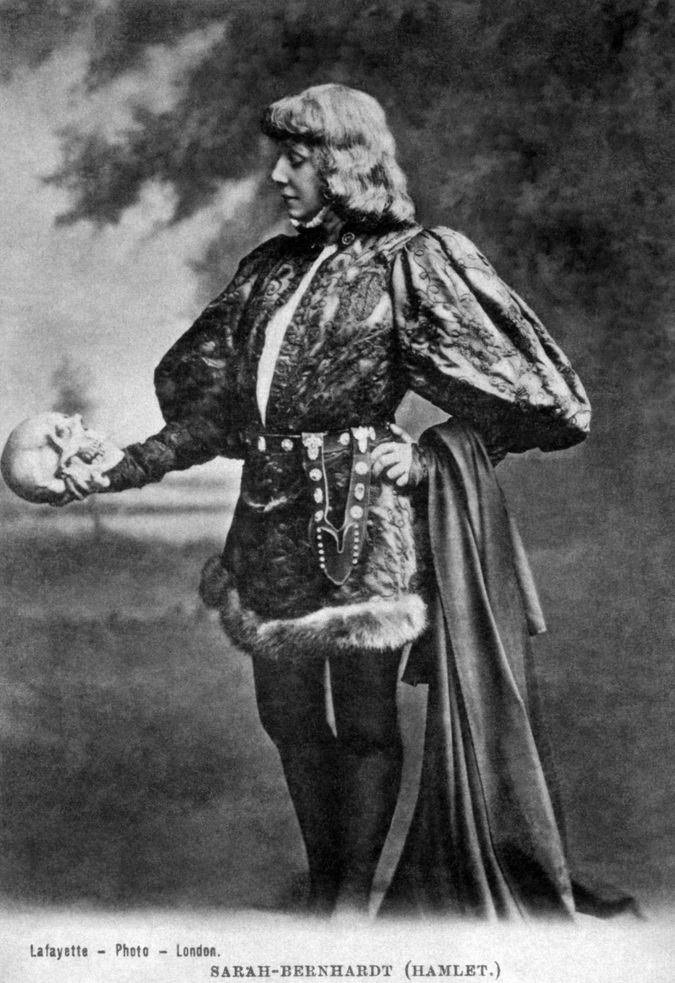 14) Jam out to jazz in Chicago over Labor Day Weekend

Chicago has a long and storied history with jazz, a relationship the city celebrates annually with the Chicago Jazz Festival. With four days of free-entry events preceding and during Labor Day weekend, the festival, which takes place in Millennium Park, will feature such performers as the Stu Mindeman Trio, Kurt Elling, Quin Kirchner and Dianne Reeves.

There are certain moments in theater history that transcend their own time and become almost folkloric: The 1613 production of “Henry VIII” that ended with the incineration of the Globe Theatre, the literally riotous 1896 world premiere of Alfred Jarry’s “Ubu Roi,” Marlon Brando originating the role of Stanley Kowalski in “A Streetcar Named Desire” on Broadway in 1947 and Sarah Bernhardt stepping into the hallowed shoes of Hamlet. That last event, from the very end of the 19th century, is the subject of a new play scheduled to debut on Broadway this fall: Theresa Rebeck’s “Bernhardt/Hamlet,” with Janet McTeer as the titular thespian. A great actress playing a great actress playing one of the great roles of all time? Per our evaluation, that’s an event not to be missed.