Put Aside The Politics In ‘Operation Finale’ — Is It Any Good As A Film? 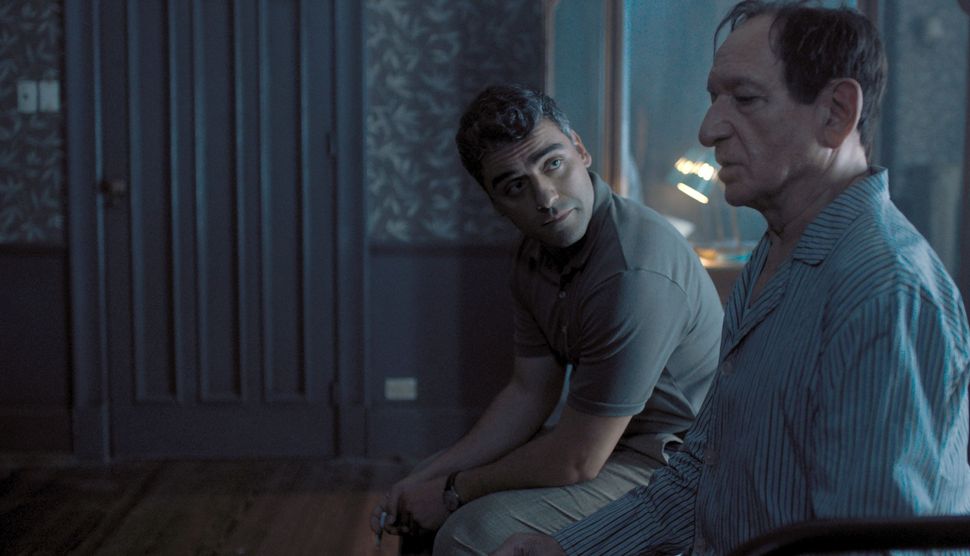 In “Eichmann in Jerusalem,” Hannah Arendt famously coined the phrase “the banality of evil.” During his 1961 trial in Israel, Adolf Eichmann, the architect of the Nazi’s Final Solution, presented himself as a bureaucrat, a man who had just followed orders. “Operation Finale,” Chris Weitz’s limp dramatization of Eichmann’s 1960 abduction by the Mossad in Buenos Aires from a script by Matthew Orton, mostly supports Arendt’s claim that evil can appear ordinary — at least in regard to Eichmann.

“Our work was paperwork,” Eichmann, a wispily-wigged Ben Kingsley, tells a crowd of confreres. “Our war was a numerical one.” Those familiar numbers are relayed in expository title cards at the start of the film: During the Holocaust the Nazis killed 10 million so-called “enemies of the state,” 6 million of them Jews. Eichmann was behind the logistics and transportation involved in the mass slaughters, even convincing rabbis to load the trains to concentration camps themselves. Eichmann’s signature can be found on countless deportation documents, in a reversal the Mossad crew that captured him need him to sign on the dotted line before they can air lift him to stand trial in the Jewish State.

The man ultimately tasked with wrangling that signature is Mossad agent Peter Malkin, a wisecracking Oscar Isaac in an enviable array of dark turtlenecks. It’s his second chance to capture Eichmann after an earlier miscalculation, on which the film opens, ends with Malkin’s team killing the wrong man. Malkin’s supervisors think he’s reckless, his love interest Hanna (Mélanie Laurent in a thankless role) thinks he’s out on a personal vendetta and the most hawkish of his comrades thinks he’s gone soft. Despite all these caveats Malkin is selected by Rafi Eitan (Nick Kroll, playing it straight) to be part of the team organizing Eichmann’s extraction. Eitan believes Malkin will bring a clear-headed approach to the operation. In other words: Malkin’s characterization is a bit muddled.

It’s not the only place “Operation Finale” gets murky. Despite some slick montages of D.I.Y. passport photography and Malkin with binoculars in the field near Eichmann’s house, we’re never clear what new intelligence is being gathered or why the seemingly straightforward plan to kidnap the Nazi on a country road takes about two months to come together. When the pivotal moment comes, we’re witness to a bunch of strapping secret agents taking down an unarmed codger, not exactly the stuff of white-knuckle suspense. Things get more tense, if less action-heavy, when the team ends up grounded in a safe house with Eichmann for an unexpected 10 days after their initial flight back to Israel is delayed.

During that time, the Nazi threat mounts. Even though Eichmann has been living under the fake name of Ricardo Klement and passes himself off to his captors as a “Jew from Palestine,” he and his son, Klaus (Joe Alwyn, a ringer for Rolf from “The Sound of Music”) still mix with Nazi expatriate circles. A Rotary Club-esque Nazi pow-wow breaks out into “Sieg Heils” and calls to make Jews into soap. Once Eichmann is captured, the Aryan cavalry rallies, eventually starting to hunt for him and his captors.

While those captors prepare for Eichmann’s extradition, the film’s centerpiece emerges in a sequence of scenes between Malkin and Eichmann in the Mossad’s base in Buenos Aires.

With Eichmann in custody Malkin plays good cop, giving the Nazi the luxury of a straight-razor shave and a smoke. These pleasantries established, Malkin urges Eichmann to sign a document of surrender, without which El Al — Israeli secret agents’ airline of choice — won’t fly the war criminal out of the country for a court date in Jerusalem. Malkin even gets vulnerable with Eichmann, telling him about his sister and her children, all of whom were killed during the Holocaust. The Mossad agent’s inner conflict does rise to the surface when he nearly strangles Eichmann while the old man is sleeping, but it feels like a token gesture.

For a time you may think that the film gives Eichmann a bit of pass, painting him as almost sympathetic to the pain he caused. But it turns out that he may have just been playing nice as a power move, in the hopes of achieving a reprieve. At the last moment, as he’s being sedated for his journey to justice, he unleashes his awful nature, seemingly baiting Malkin into trying to kill him. “We’re all animals,” Eichmann says earlier in the film. By letting loose on Malkin, he hopes that he’ll get his interrogator to prove his point.

Like Eichmann’s 11th-hour menace, many of the details that could make this film interesting come in late or not at all. Still-lingering questions about the legal ethics of Eichmann’s 1961 court appearance, which many, like Arendt, saw as a show trial, are scuttled for glibness.

If you want “Munich” Lite, “Operation Finale” will serve. If not: Read Arendt instead.

Put Aside The Politics In ‘Operation Finale’ — Is It Any Good As A Film?