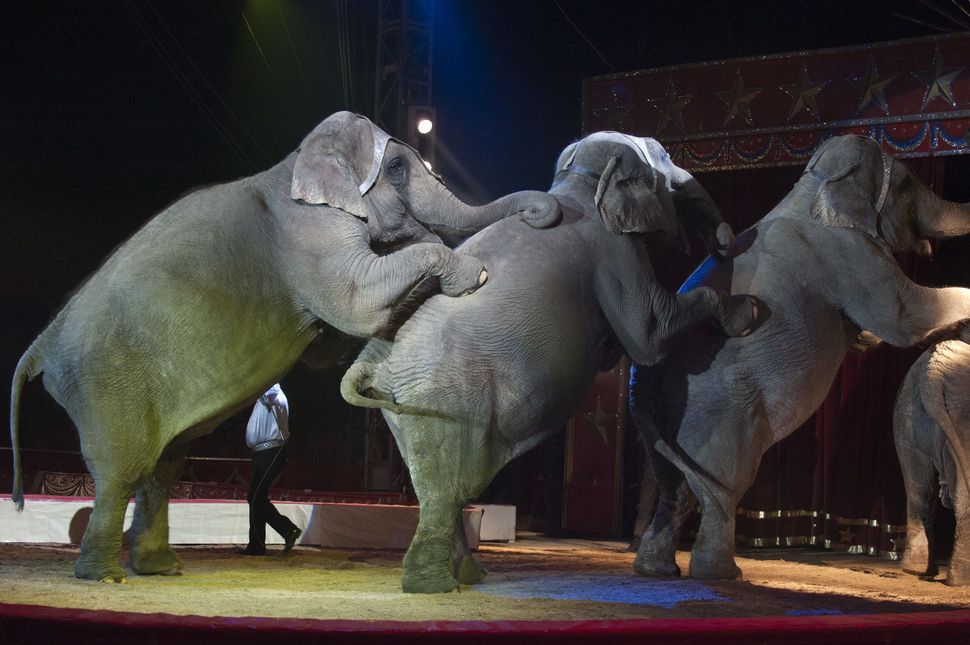 I was wondering if I was reading too much into the near-convergence of Sen. John McCain’s funeral; Labor Day, the traditional kickoff of the campaign season; and Rosh Hashanah, the start of the Jewish holidays of repentance and renewal.

But when I saw that Steve Bannon called the National Cathedral service “the High Holy Days” of the “permanent political class,” I knew I wasn’t overthinking it.

Dates may be coincidences, but metaphors can tell you a lot about the people who use them. “When someone shows you who they are,” Maya Angelou said, “believe them the first time.” Referring to a senator’s funeral as the “High Holy Days” wasn’t meant as a compliment by Bannon, someone viewed as their man on the inside by the neo-Nazi website Daily Stormer.

Recently, as the Days of Awe approached, Bannon’s ex-boss, Donald Trump, was stumping the country on behalf of his party’s mid-term election candidates, and so —back on the trail — was Barack Obama.

Trump’s rhetoric in Montana was typical of his rallies: a marathon of aggrieved rants, divisive attacks, wild lies and weird asides that thrill his red MAGA-hatted, Women For Trump-waving, who-are-these-people? base.

Right on cue, they booed “Crooked Hillary” and “The Failing New York Times.” They jeered Jon Tester, their Democratic senator, when Trump vented about the raw deal he gave Ronny Jackson, his physician and doomed pick to lead Veterans Affairs. When he fumed at Democratic senators questioning his Supreme Court nominee, Brett Kavanaugh — “Do you believe the anger and the meanness on the other side? Sick. It’s sick.” — they cheered in angry solidarity.

(All except for the dude in the plaid shirt. Anyone watching the rally on TV or social media could see him just over Trump’s shoulder making “Can you believe this?” faces. The “Whaaa?” on his lips was so off-brand he got thrown out. We’ll get back to him.)

An hour of outrage later, Trump was comparing himself to Abraham Lincoln. “The America of John McCain is the America of Abraham Lincoln,” Meghan McCain had said at the funeral of her father, whom Trump hated. It was Lincoln, of course, who began his national political career warning that “A house divided against itself cannot stand.” Trump began his warning that Mexicans are rapists. But in Billings, Trump claimed Lincoln as his rhetorical soul mate.

Trump told the crowd that the Gettysburg Address “was excoriated by the fake news…. They said it was a terrible, terrible speech,” he said, omitting that the bad reviews came mostly from Confederate papers. “Fifty years after his death, they said it may have been the greatest speech ever made in America,” Trump went on, omitting that Lincoln’s speech was about “the unfinished work,” “the great task remaining before us,” of re-uniting the United States. Trump didn’t volunteer to bind our nation’s wounds, but he did lay claim to Lincoln’s oratorical glory: “I have a feeling that’s going to happen with us.”

In not-so-subtle contradistinction, the search for common ground was the theme of Obama’s rally at the University of Illinois. He teed it up in his tribute at McCain’s funeral. “In a nation as big and boisterous and diverse as ours,” Obama said there, our institutions of self-government, our rule of law, our norms — “principles that are eternal, truths that are abiding… are what bind us together, give shape and order to our common life. Even when we disagree. Especially when we disagree.”

But now, as Obama carries that theme of unity around the country, he’s tackling it in a couple of ways I haven’t heard him develop before, one more successful than the other.

The first opens a path to changing the Trump topic from “Crazytown” (as chief of staff John Kelley calls the White House in Bob Woodward’s new book) to Cui bono?, which is Latin for “Follow the money.”

The rhetorical move to consider who really benefits from Trump policies off-stage, rather than what antics are taking place onstage, is liberating and unifying. We all want the best for America. This reframing frees the media from treating our nightmare as a reality show; it frees Americans to be citizens instead of spectators; it frees the 2018 campaign to address the injustices that electrified Bernie Sanders’s supporters.

Instead of offering a diagnosis of Trump’s psychological disorders, Obama offers a narrative of how we got Trump. The symptoms, even if pathological, may be entertaining, but the body politic needs to be healed. Here’s the story Obama tells, edited for length but in his words:

As we Americans have painstakingly pulled ourselves closer to our ideals — every child should have opportunity; everyone should be able to find a job; we have a collective responsibility to care for the sick, and to conserve the natural resources of this country and this planet — there’s been a backlash manufactured by the powerful and the privileged who want to keep us divided, angry and cynical, because it helps them keep their power and privilege.

The wealthiest influence government to skew things even more in their direction — to cut their taxes, unwind regulations, weaken worker protections, shrink the safety net. People who once felt solidly middle class feel real economic insecurity. These conditions are ripe for exploitation by politicians who have no shame about tapping into America’s dark history of racial nationalism, of ethnic and religious division, who appeal to tribe and to fear, who pit one group against another, and tell them that order and security would be restored if it weren’t for people who don’t look or sound or pray like they do. 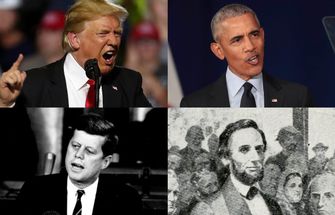 A politics of resentment and paranoia takes hold. Demagogues arise who undermine norms that ensure accountability. A vision takes hold among politicians that the protection of their power and those who back them is all that matters, even when it hurts the country. Hence Trump. Hence a Republican Congress utterly unwilling to find the backbone to safeguard the institutions that make our democracy work.

It’s a narrative that’s closer to the late Howard Zinn than to Goldman Sachs — or, for that matter, to Vladimir Putin. For Obama, for Trump-voting Rust-Belters and for we the people, that has to be a step in the right direction.

The other issue Obama is wrestling with is the one I think cost him the House in 2010, the Senate in 2014 and much of his two-term agenda: his insistence on singing Kumbaya with a Republican Party unalterably opposed to finding common ground with him on anything. In light of that history, in light of his Trump narrative, what does Obama think our current political moment requires?

Steve Bannon’s answer, recounted by a reporter he used his High Holy Days line on: “America… is no country for anyone who wants to ‘hug it out’ with the opposition party in the name of finding common ground.” Bannon’s new movie, “Trump@War,” is designed “to fire up Trump’s base and ‘make ’em wanna grab a pitchfork. This is not a search for truth.’ And the coming mid-term elections… ‘are not about persuasion. This is muscle versus muscle.’”

Obama’s answer, the climax of his new stump speech, winds up at the same place Bannon does, minus the pitchforks and the know-nothingism: Vote. “Don’t hashtag, don’t get anxious, don’t binge on whatever it is you’re bingeing on, don’t lose yourself in ironic detachment, don’t put your head in the sand, don’t boo. Vote. Vote.”

But Obama’s strategy for victory — “by reaching out to everybody and competing everywhere and by fighting for every vote” — strikes me as a work in progress. I’m all for mobilizing the 4 out of 5 young people who don’t vote. But with limited time and money, I fear that Obama’s optimism about winning voters in every demographic is the triumph of hope over mid-term experience. Maybe I’m being unfair, but when Obama says this:

We have to be able to get inside the reality of people who are different, have different experiences, come from different backgrounds. We have to engage them even when it is frustrating. We have to listen to them, even when we don’t like what they have to say. We have to hope that we can change their minds, and we have to remain open to them changing ours.

I can’t help thinking of those cheering, jeering folks in their MAGA hats, whom I suspect are as keen on finding common ground with me as Mitch McConnell was with Obama.

Except for 17-year-old Tyler Linfesty. He’s the #PlaidShirtGuy in the Montana crowd whose reactions went viral. After he’d been ejected from the stands for inappropriate affect, he told a reporter he’d been a Sanders supporter, but he’d gone to the Trump rally not to troll him, but “because he didn’t want to miss an opportunity to see the president.” His expressions, he said, “were simply him keeping it ‘real.’”

Tyler Linfesty is going to vote in 2020. I bet there are a lot of people in his generation who have plenty in common with him. Here’s hoping that voting is how they’ll be keeping it real, too.