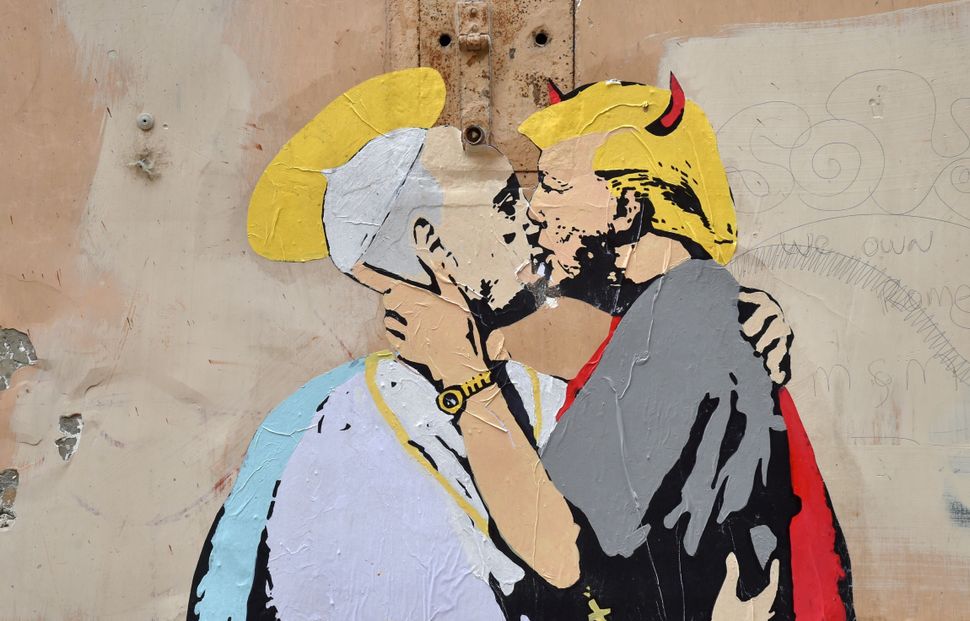 Is Donald J. Trump a liar? Yes, at this point it seems safe to say that he regularly tells intentional untruths. So, is Donald Trump evil?

The idea of evil makes me uncomfortable. It makes a tribal, politically-loaded and socially-constructed category into a universal one. It demonizes difference. It treats psychopathology theologically. And, if we believe in “evil” should we believe in “Evil?” I’ll admit it — if I say my health is good, I’ll add, “Kina hora.” But that’s quasi-magical thinking, an it-can’t-hurt Pascal’s wager, not fear of an actual Evil One, or belief in petitionary prayer.

But I’m no poster child for pomo moral relativism. I think tearing kids from their asylum-seeking parents at the border is barbaric, and Trump’s lie — that it’s the Democrats’ fault — is intentional and reprehensible. I think Jeff Sessions, Kirstjen Nielsen, Stephen Miller and Sarah Huckabee Sanders — Trump’s co-conspirators in exploiting state-orphaned children for political purposes — are enemies of the American people. I think Alex Jones’s claim that the Parkland kids are “crisis actors” is monstrous, and that “globalists” killed Anthony Bourdain is a blood libel, I think that by fueling mob vengeance for political and financial gain, Fox News and their ilk are malevolent. I think the failure of Mitch McConnell and Paul Ryan to obey their oath and check Trump’s tyranny is worse than cowardly and opportunistic; it’s wicked.

But that’s my tribalism speaking. Is there an objective case for calling them… for calling him, evil?

Legitimate reporters have good reason to confine morally charged language like mine to quotations. Journalists maintain their credibility with cool-headed fact checking, leaving the J’accuse to comedians and columnists. When mainstream media speculates about the meaning of Trump’s mendacity, it’s by floating theories of why he does it: He’s a salesman, a showman, a genius at distraction. It’s a rhetorical technique, “truthful hyperbole.” It’s a dog whistle to his base. 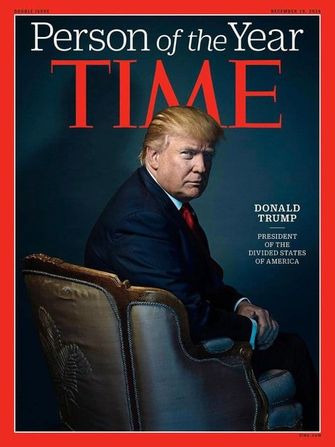 But what if he’s genuinely delusional? Who’ll tell us that story? An Uncle Donald who believes his own bullshit isn’t just a blowhard — his paranoia may yet blow up NATO and the Group of 7.

What if what we’re watching is treason? What if his lies are purposeful, his intent is corrupt, his designs on democracy are — okay, I’ll say it — evil?

A Trump who pines for Vladimir Putin’s praise might merely be a clinical case study of masculine identity disorder. A Putin puppet hostage to blackmail is the tale that Robert Mueller may yet tell. But a Trump hell-bent on being our Putin, our Xi Jinping, our Kim Jong-un? Professional journalism is a beautiful thing, but in the battle for control of the American narrative, maybe the prestige press should bring more than a scalpel to a fight with an assault-weapon-wielding Sean Hannity. What might that look like? When Nielsen stonewalled and lied to the White House press corps, NY Magazine reporter Olivia Nuzzi played the ProPublica tape of wailing immigrant children from her seat.

Franklin D. Roosevelt said that that the presidency “is pre-eminently a place of moral leadership.” But confronted by the heinousness of the autocrats he sucks up to, Trump’s moral leadership maxim is, “Everyone does it.”

When Trump was reminded that Putin, whose high favorability ratings make him swoon, assassinates journalists and kills political opponents, his response was, “You think we’re so innocent?” “I think our country does plenty of killing also.” When neo-Nazis spewed hatred and mowed down a woman in Charlottesville, Trump’s first reaction was, “You had people that were very fine people on both sides.” Trump said his new bff, Kim Jong-un, “loves his people.” When reporters pointed out that Kim killed his uncle with anti-aircraft guns and has a hundred thousand political prisoners eating dirt in a gulag, Trump went straight to Soviet-style whataboutism: “So have a lot of other people done some really bad things.” “In a lot of places, by the way, not just there.” Faced with evidence of evil, Trump’s guiding principle seems to be, “What would Satan say?”

What is evil, actually? The dictionary definition has it as “profound immorality, wickedness, and depravity, especially when regarded as a supernatural force.”

But in the “Protagoras,” Socrates says evil doesn’t really exist, because people who commit evil acts are deluded into thinking they’re doing good, or they have a mental defect that makes them moral imbeciles. But surely Hitler was evil, wasn’t he? Ron Rosenbaum, in “Explaining Hitler,” examines the theories of two legendary British historians. H.R. Trevor-Roper, echoing Socrates, says Hitler was “convinced of his own rectitude,” irrational but sincere. On the other hand, Alan Bullock, a mentor of mine who wrote the first major biography of Hitler, believed that “Hitler was a cynic, a con artist, a mountebank, who didn’t even believe his professed anti-Semitism.” Later, Bullock amended his view by incorporating Trevor-Roper’s Hitler as a subsequent development: Hitler was an actor who ultimately came to believe in the part. Hitler “started out as a cynic and an opportunist, but success made him a true believer in the messianic image he’d created.”

No, Trump isn’t Hitler. Hitler, Stalin, Pol Pot and history’s other butchers belong in their own circle of hell. But as Adam Roy, in his Forward piece “Yes, You Should be Comparing Trump to Hitler,” wrote, “Does [Trump’s evil] need to flower into something truly monstrous before we recognize it for what it really is?” The connection I want to make from Hitler to Trump is the bridge that Bullock builds from the origin of the Führer’s evil to the etiology of our own dear leader’s malignity. A cynic, a con artist, an actor who eventually believed in the part he played: That fits Trump perfectly, like a little hand in a little glove.

But to me, the most chilling checklist to apply is the text of “People of the Lie,” the 1983 best-seller by psychiatrist M. Scott Peck. The book construes evil as a mental illness. Everything about evil people is a lie, Peck says. Lying is the origin of evil. Peck uses lying to explain why evil people make good people feel weak and stupid; how evil people go out of their way to be confusing, in order to control and deceive others; why they can’t tolerate even the smallest criticism without reacting vengefully; why they believe themselves perfect, and never apologize; why they project onto others the evil they flee from within themselves. Peck, who died in 2005, likely never heard Trump’s name. But he gave us the best biography of him.

So the two questions I began with — Is Trump a liar? Is Trump evil? — turn out to be the same question. Unfortunately, so do the answers.