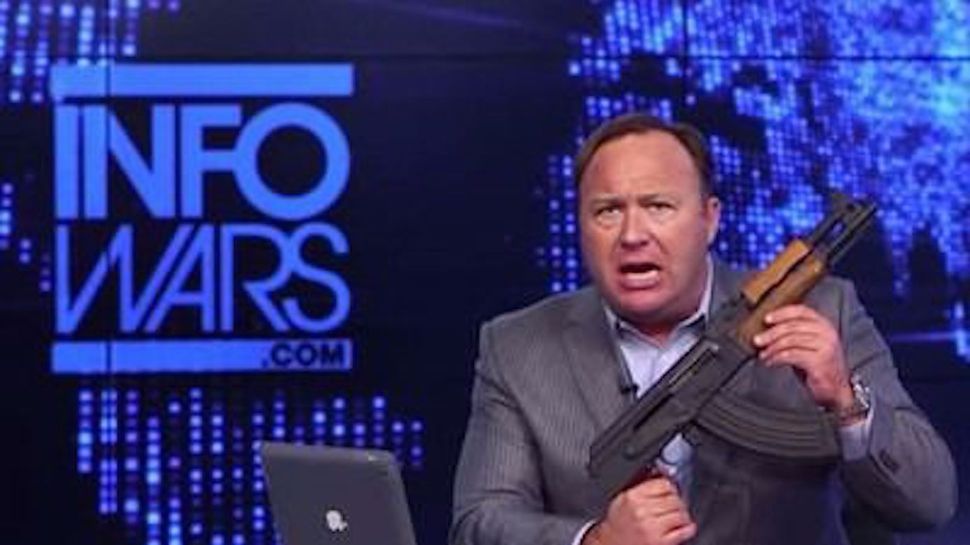 Alex Jones, one of the nation’s most prominent conspiracy theorists, has been accused by former employees of workplace harassment, including sexual groping and teasing, and anti-Semitic and racist discrimination and abuse.

Jones, who runs the popular show and website InfoWars, was the subject of two separate complaints submitted by former employees to the Equal Employment Opportunity Commission, the Daily Mail reported Wednesday.

Former video editor Rob Jacobson, who is Jewish, claims that Jones called him “Yacobson” and “The Resident Jew” on air and gave prominent airtime to former Ku Klux Klan leader David Duke, and that another staff member pasted an image of his face onto a photo of an Orthodox Jew and posted it around the office. He also claimed that Jones allowed a friend to display gay pornography on his work computer and repeatedly called him “Beefcake,” which, he said, made him feel “like this was intimidating and harassing and a form of sexual harassment in that he was grooming me for homosexual sex.”

Another former employee, Ashley Beckford, who is African-American, claimed that a Jones groped her rear end and frequently made sexual comments about her and himself that, she felt, were intended to “groom me for sexual exploitation.” She also claims that a senior manager called her “coon.”

Both claim that they were passed up for promotions and pay raises because of their backgrounds.

Jones said in response that the allegations were “completely, totally false.” He also claimed that Jacobson had not filed a complaint to the company’s human resources director, who is also Jones’s father.

Alex Jones has frequently made comments on his show that many have classified as anti-Semitic, such as that a “Jewish mafia” led by financier George Soros was working to undermine President Trump, and that “leftist Jews” impersonated neo-Nazis in Charlottesville, Virginia last year to discredit white supremacists.