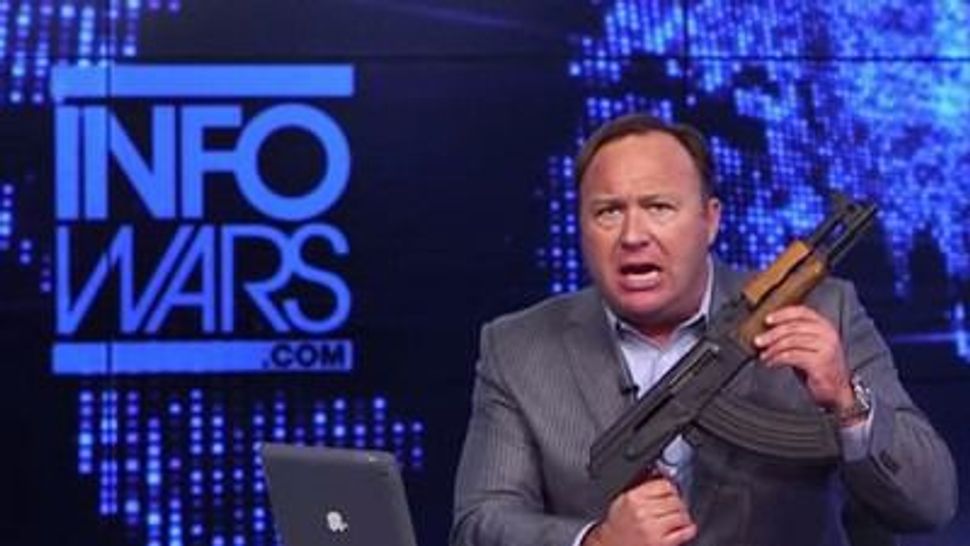 ([JTA](http://www.jta.org ” “JTA”)) — Radio host, conspiracy theorist and Donald Trump supporter Alex Jones was at it again Sunday with a theory that “leftist Jews” may have impersonated Nazis to discredit white supremacist protesters in Charlottesville, Va.

Speaking on “The Alex Jones Show” on August 13, Jones recalled his own experience, he said, protesting the Ku Klux Klan:

I mean, quite frankly, I’ve been to these events, a lot of the KKK guys with their hats off look like they’re from the cast of “Seinfeld.” Literally they’re just Jewish actors. Nothing against Jews in general, but they are leftists Jews that want to create this clash and they go dress up as Nazis. I have footage in Austin — we’re going to find it somewhere here at the office — where it literally looks like cast of “Seinfeld” or like Howard Stern in a Nazi outfit. They all look like Howard Stern. They almost got like little curly hair down, and they’re just up there heiling Hitler. You can tell they are totally uncomfortable, they are totally scared, and it’s all just meant to create the clash.

As Jones explained in a video of his remarks video posted on Saturday. “ Virginia Riots Staged To Bring In Martial Law, Ban Conservative Gatherings.”

White nationalists gathered on Saturday for a “Unite the Right” march in Charlottesville, ostensibly to protest a plan by local officials to remove a statue of Robert E. Lee. There were clashes between the white nationalists and counterprotesters, and a 32-year-old woman was killed when a car driven by a man who espoused neo-Nazi views plowed into a group of counter protesters.