When she was 19, the singer-songwriter made her debut at that most Jewish of institutions — the 92nd Street Y 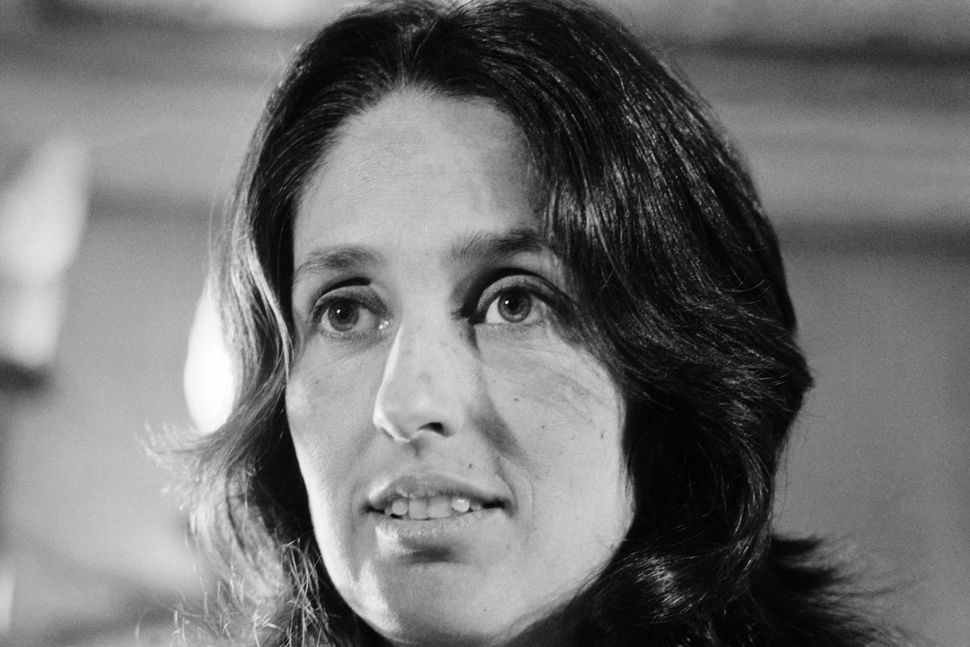 Editor’s Note: A version of this story was originally published on Sep. 18. 2018.

On her remarkable rise to the top of the folk-music heap in the late 1950s and early 1960s, singer-activist Joan Bae had some help from a couple of Jewish organizations; Jewish songwriters, teachers, and producers; as well as one obscure Yiddish theater song that she made famous.

Baez first picked up the guitar and opened her mouth only to discover she boasted a gorgeous soprano at age 13, after having attended a Pete Seeger concert. She caught the folk-music bug, and within a few years, while still a teenager, she gave one of her earliest public performances in Saratoga, Calif., at a retreat for a Jewish youth group from Congregation Beth Jacob of Redwood City.

Just a couple years after that, having made quite a stir on the then-vibrant Boston folk-music scene after moving there from the Bay Area with her family in 1959, Baez gave her New York City concert debut at the tender age of 19, in November 1960, at the 92nd Street Young Men’s and Young Women’s Hebrew Association — the 92nd Street Y, for short. Almost two years to the day after that, at age 21, Baez appeared on the cover of Time Magazine, an astonishing feat for a 21-year-old folksinger who had only just released her third album, a live recording entitled “In Concert,” which included two songs written by a complete unknown from northern Minnesota — a Jewish guy named Robert Allen Zimmerman who had adopted the pseudonym Bob Dylan — alongside her rendition of “Kumbaya.”

Chances are good that the audiences at the Jewish retreat and the 92nd St. Y concert were treated to Baez’s English-language rendition of a song that, while often assumed to be a traditional Yiddish folk song, was in fact written for the Yiddish theater in the early 1940s by the same composer responsible for “Bay Mir Bistu Sheyn.” Baez’s hit song “Donna Donna” began life as “Dana Dana,” also known as “Dos Kelbl,” or “The Calf,” written by Sholom Sekunda and Aaron Zeitlin for the latter’s stage show. Later on, Sekunda translated the song into English, along the way changing the title to “Dona Dona.” In the mid-1950s, Arthur Kevess and Teddi Schwartz retranslated the song into English, and it was their version — now spelled “Donna Donna” but still pronounced with a long “o” — that Baez included on her eponymous debut album. The song, about a calf being led to slaughter, became a staple of Baez’s concerts and entered the canon of folk-protest (and summer-camp) songs of the 1960s.

Incidentally, that debut album — which achieved gold status (which at the time meant earning $1 million in retail sales) — was produced by Brooklyn-born Fred Hellerman, a member of the folk music supergroup the Weavers (alongside Pete Seeger, Lee Hays, and Ronnie Gilbert), and whose Jewish-immigrant parents hailed from Riga, Latvia.

Over the years, Baez has credited educator and bookseller Ira Sandperl — a self-taught Gandhi scholar who was born into a leftist Jewish household in St. Louis, Mo., in 1923 — as her intellectual mentor. The two cofounded the Institute for the Study of Nonviolence in the mid-1960s, and he remained her guru of civil disobedience tactics for decades.

The daughter of a Mexican father and Scottish mother, Baez endured schoolyard taunts for being a “dirty Mexican.” She found strength, however, in her family’s devotion to the Religious Society of Friends, more commonly and informally known as the Quakers, distinguished by their belief in conscientious objection against fighting in wars, which she channeled into her activism against the Vietnam War and other subsequent military conflicts.

Baez has primarily been a song interpreter rather than a songwriter, although she has on occasion written her own songs, the best-known of which was the title track to her album, “Diamonds and Rust,” one of several tunes she has written about her relationship with Bob Dylan. Baez was an early booster of Dylan’s, taking him on tour with her as a surprise guest (often to the chagrin of her audiences) and recording dozens of his songs, including some of his most Jewish numbers, such as “I Shall Be Released,” “With God on Our Side,” and “Forever Young.”

They went their separate ways after Dylan’s European tour of 1965, captured in the documentary film, “Don’t Look Back,” and noteworthy in that Dylan never invited Baez to join him onstage. They reunited professionally in 1975 for Dylan’s “Rolling Thunder Revue” tour, where the two played a duet section at each concert and after which Baez was featured prominently in the Dylan-directed tour film, “Renaldo and Clara.” Baez has also favored songs by the other two members of the Great Male Jewish Rock-Poet Trinity — Paul Simon and Leonard Cohen, as well as those by Jewish-American folk-protest singer Phil Ochs.