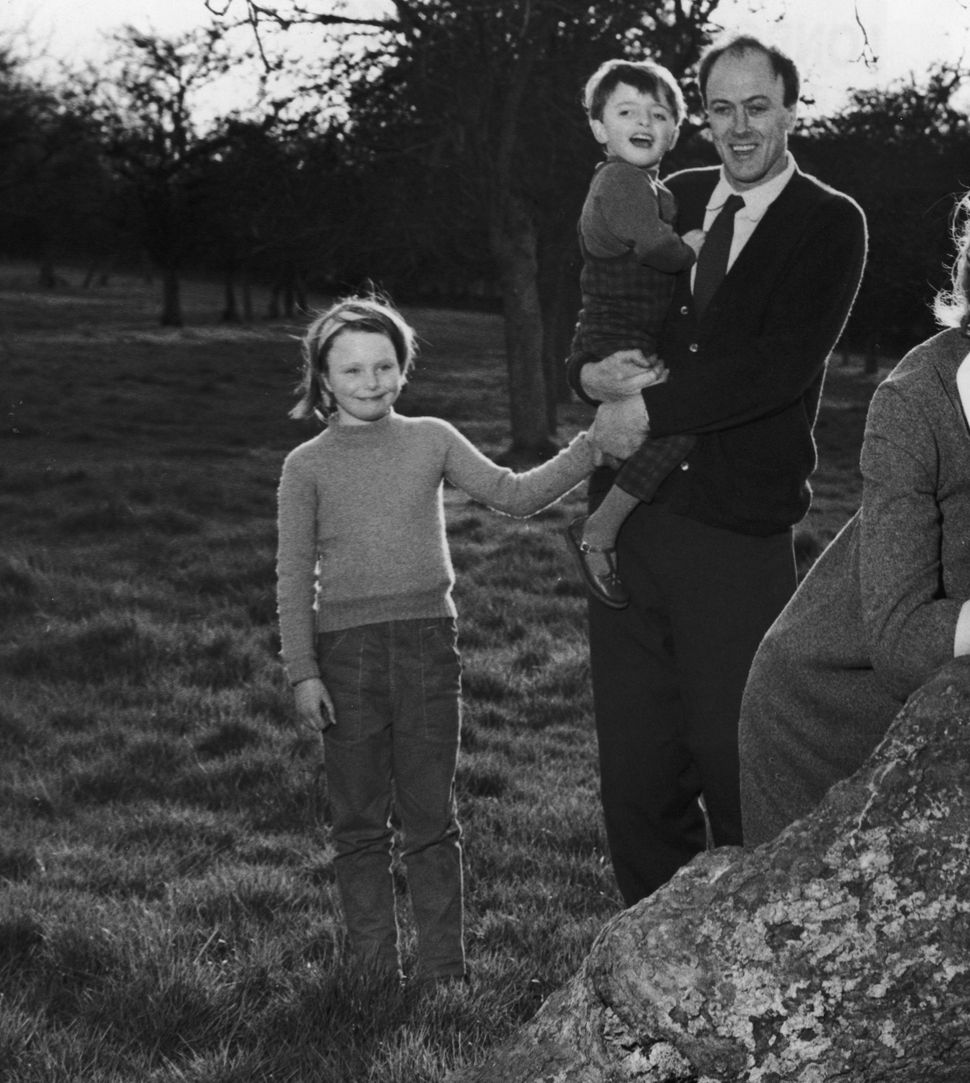 Roald Dahl, his wife Patricia Neal and their children in 1964. Image by Hulton Archive/Getty Images

Roald Dahl, who passed away in 1990, would have turned 100 in 2016. But the Royal Mint, which has a tradition of issuing commemorative coins for notable British figures’ significant anniversaries — recent among them Jane Austen and Mary Shelley — never introduced the author of “Charlie and the Chocolate Factory,” “Fantastic Mr. Fox” and “Matilda” into celebratory circulation.

As The Guardian reports, the reason behind that curious choice has now been revealed: Dahl’s anti-Semitism.

Per files disclosed to The Guardian after a request through freedom of information laws, the decision not to honor Dahl was made during a 2014 meeting about potential coins for 2016. The minutes of that meeting note that Dahl’s centenary was brought up, but he was “Associated with anti-Semitism and not regarded as an author of the highest reputation.”

Dahl admirers might quibble with the latter statement, but the author’s anti-Semitism wasn’t just something others observed — it was something he openly proclaimed.

“I’m certainly anti-Israeli and I’ve become anti-Semitic in as much as that you get a Jewish person in another country like England strongly supporting Zionism,” Dahl told the Independent in 1990.

“It’s the same old thing: we all know about Jews and the rest of it,” he later added. “There aren’t any non-Jewish publishers anywhere, they control the media — jolly clever thing to do — that’s why the president of the United States has to sell all this stuff to Israel.”

As the Forward noted on what would have been Dahl’s 100th birthday — September 13, 2016 — Dahl’s anti-Semitic statements also included a note, in a 1983 book review for the Literary Review, that the U.S. government was “utterly dominated by the great Jewish financial institutions over there.” That same year, he told the New Statesman that “There is a trait in the Jewish character that does provoke animosity, maybe it’s a kind of lack of generosity towards non-Jews. I mean, there’s always a reason why anti-anything crops up anywhere; even a stinker like Hitler didn’t just pick on them for no reason.”

Notably, the Royal Mint’s decision predates the United Kingdom’s recent conflicts over anti-Semitism, which arose following the September, 2015 election of Jeremy Corbyn as Labour Party leader. Rather than Dahl, the Mint selected Shakespeare and Beatrix Potter for commemoration in 2016, markedly less controversial choices. Well, maybe. After all, 2016 marked 420 years since the premiere of Shakespeare’s “Merchant of Venice,” and only slightly fewer years of ongoing conflict over whether that play is anti-Semitic. Whether the Mint discussed that matter is as of yet undisclosed.