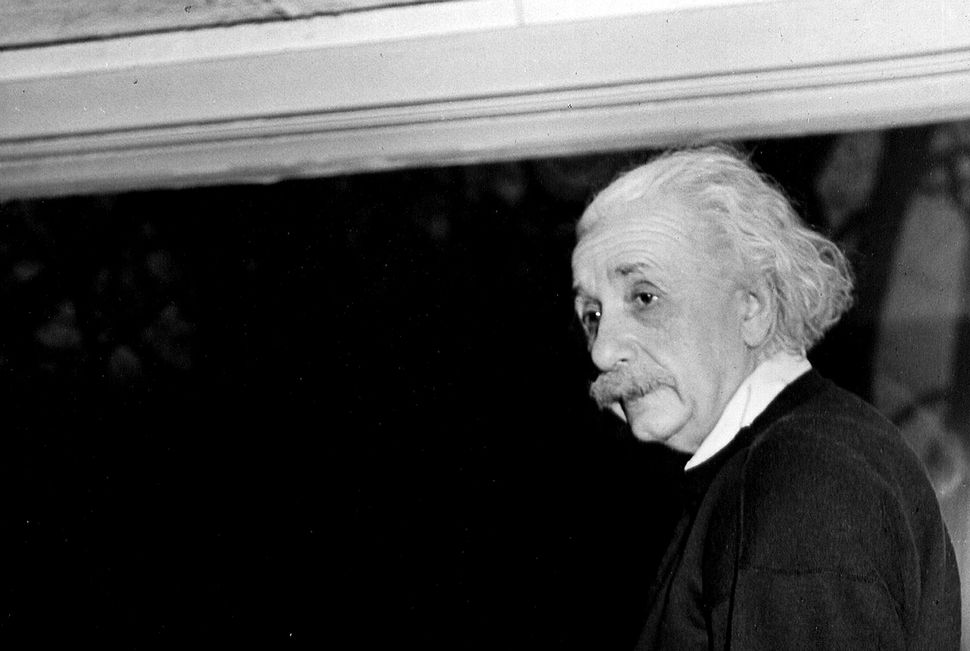 In 1922, more than a decade before the Nazis rise to power in Germany, Albert Einstein went into hiding. Now, a letter written after his hasty escape from Berlin has been unearthed. 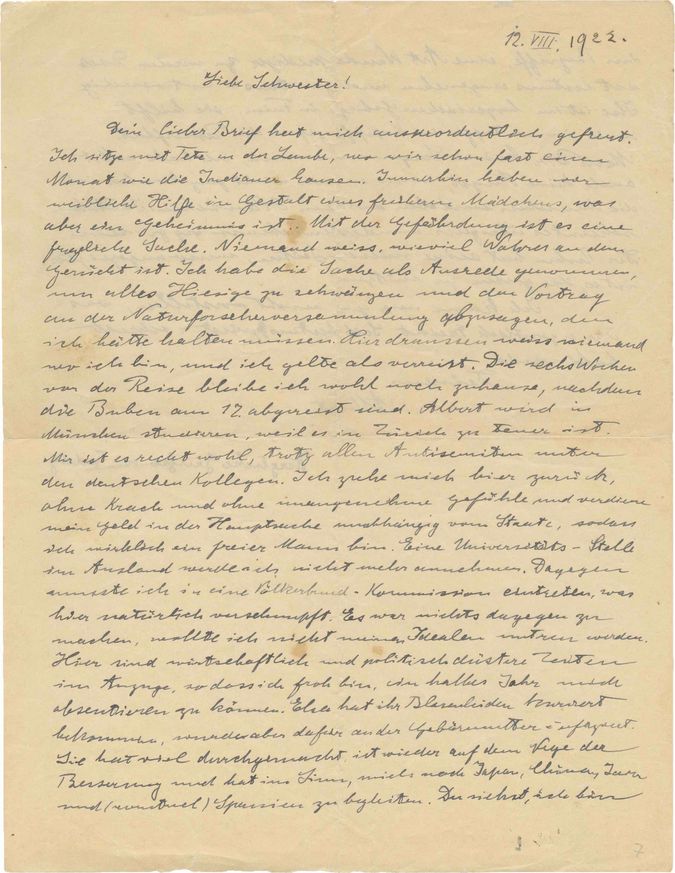 A photo of Einstein’s letter to his sister Maja. Image by Courtesy of Kedem Auction House

The letter to Einstein’s sister Maja, discovered by an anonymous collector, is dated August 12, 1922. It’s unclear where Einstein was when he composed the letter, but the document offers a window into how Einstein lived after the German police informed him of anti-Semitic threats to his safety. Einstein had reason to take the danger seriously, having received the threats shortly after the assassination of his close friend, the Foreign Minister Walter Rathenau, by right-wing extremists in June of that year.

“I’m sitting in the arbor,” Einstein wrote in the letter, translated from German by Kedem Auction House in Jerusalem and is presumed to have been written in the German port city of Kiel. “We have been living almost like Indians all month… With the endangerment, it is a questionable thing. No one knows how much truth there is to the rumor. I took that as an excuse, to ditch everything here and cancel the lecture to the naturalists’ meeting which I should have given. Out here nobody knows where I am, and I’m believed to be missing.”

The letter will go up for auction at Kedem Auction House on November 12, with a starting bid of $12,000. 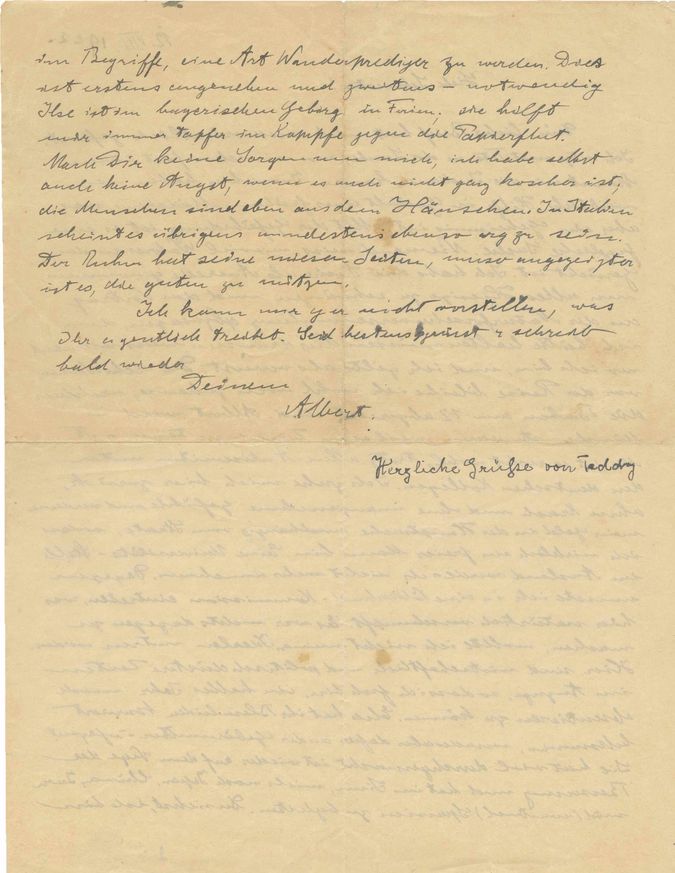 Einstein signed the letter “Greetings from Teddy,” the nickname of Einstein’s son, Eduard, who would have just turned 12. Image by Courtesy of Kedem Auction House

Einstein, who would claim his 1921 Nobel Prize for Physics in Sweden in November of 1922, wrote that he had been comfortable in Germany “despite all the anti-Semites among the German colleagues.” But the physicist lamented the political climate from which he had escaped.

“Here are brewing economically and politically dark times, so I’m happy to be able to get away from everything for half a year,” Einstein wrote. In that time, Einstein would go on a lecture tour in Asia and become, in his words “some kind of itinerant preacher.” He also wrote about his family life, including his son Hans Albert’s choice in schools and his wife Elsa’s health problems.

“He’s writing to his beloved sister,” Asher Gold, Kedem’s spokesperson, told the Forward. “According to historians she was one of the closest people to Einstein, so he really writes from his heart.”

Gold noted the letter was previously unknown to Einstein experts and biographers. It’s unique in predicting the rising tide of Nazism a year before the party’s 1923 Beer Hall Putsch, its first significant attempt to seize power.

“This letter reveals to us the thoughts that were running through Einstein’s mind and heart at a very preliminary stage of Nazi terror,” Kedem Auction House co-owner Meron Eren said in a statement. But Einstein appears optimistic in the letter, seeing the danger he was in more as a symptom of his prominence than a larger threat to European Jewry.

“Don’t worry about me, I myself don’t worry either, even if it’s not quite kosher,” Einstein wrote to Maja in the letter, written before embarking on his trip to Japan. “Fame has its bad sides, all the more important is it to make use of the good ones.”