On Hanukkah: Why We Miss The Seleucids 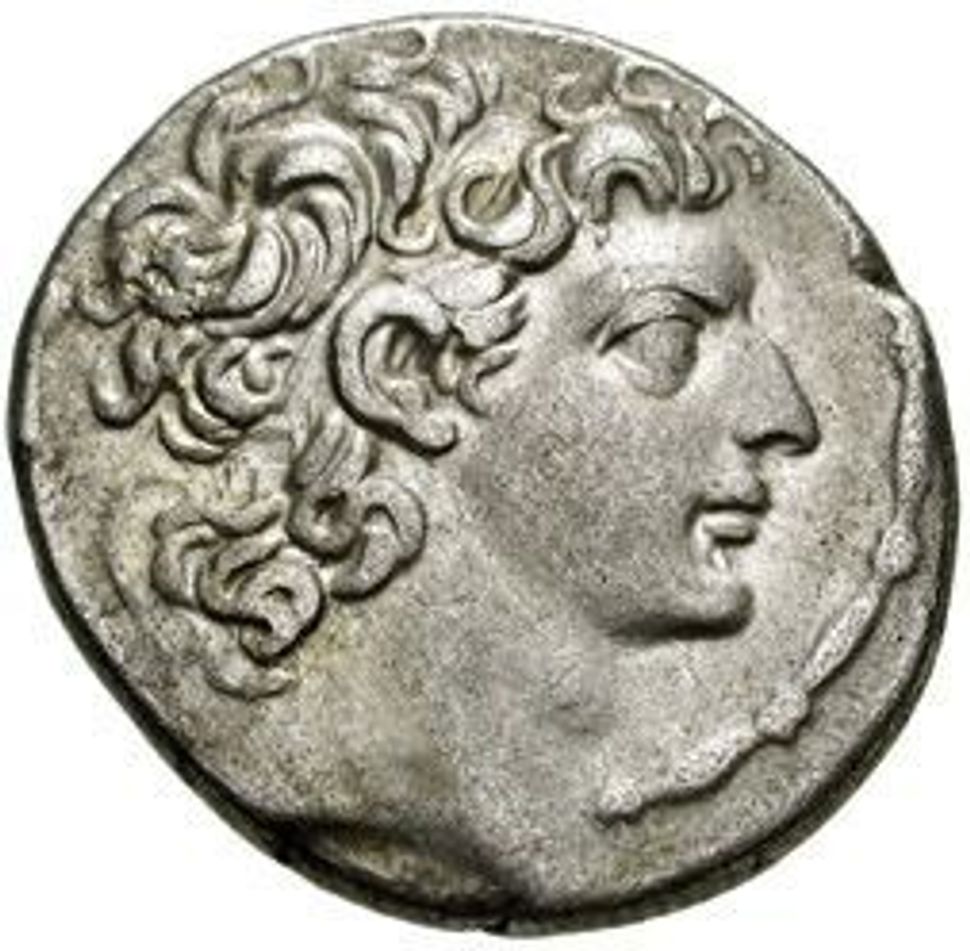 A coin of Antiochus XIII Image by Wikimedia Commons

In the words of Ross Douthat, opinion columnist at The Times:

“[W]e miss the WASPs — because we feel, at some level, that their more meritocratic and diverse and secular successors rule us neither as wisely nor as well.”

For the Jewish people, Hanukkah is a deeply nostalgic holiday. The ritual of lighting candles, the aroma of freshly fried latkes and the small stakes gambling of a game of dreidel remind us of a simpler time but also leave us yearning for a state of permanent childhood. Over eight nights we seek a more innocent condition free from the agony of self-determination, liberated by Greek-Syrian institutions that make decisions for us. Put simply, us Jews miss the Seleucids.

At some level we know that the alternative — a society in which we are free to practice our faith without fear of reprisal — wasn’t worth the trade off. Antiochus and his ilk were simply too good at making rules and forcing us into delightful assimilation.

If there’s a takeaway from our intermittent freedom of religion, it’s that autocracy has always served us better. After all, without an external caste of overlords (be they pagan, Christian or Muslim) who would our big money-lending clients be? And, if I hear you say that not all Jews are money-lenders, well don’t get me started on the widening of the career field that came as a symptom of our emancipation. Don’t we have enough to worry about?

But let’s say there are some nominal advantages to autonomy. Say, the ability to walk in public with a kippah or not having to swear allegiance to a God Emperor or Zeus. We’re still operating in a culture as a minority. As long as that’s the case we may as well surrender to an establishment that has a longer track record of being in charge. We clearly don’t know what we’re doing. Help!

Think of the many boons Hellenic culture gave us, from democracy (limited to land-owning men), pure white statues (that were originally garishly polychrome) and the theater (today’s plays suffer from it, not enough incest!). But their contributions went well beyond these traditions.

There was a fundamentally effective ruthlessness behind the Greek ethos and its unyielding enforcement of a cultural hegemony. But there was also something cosmopolitan about it. How can you say that the Seleucids were provincial when their empire was so vast? Sure, they required the outer edges of their territories to conform to their faith and customs at swordpoint, but in a way, isn’t that a more authentic attempt at “inclusion” than what we claim today? They really put some firepower behind their Affirmative Action.

Antiochus wasn’t always the most “benevolent” of leaders – there’s a reason we called him “the wicked.” And sure, his own countrymen referred to him as “The Madman.” But that doesn’t mean he couldn’t get things done. He was very effective at putting that sculpture of Zeus in the Temple, sacrificing pigs on the altar and impounding most of our sacred objects.

But better to be feared than loved, right? So what if he didn’t always have our best interests at heart? If only we had complied with his demands and not openly taken up arms against the guy we’d have a different relationship. We would be Hellenized and, since he worked for Hellenization, he’d be in our corner. He liked Judea! Just not so much the circumcision, keeping kosher and general Jewish-ness of its people stuff.

Of course, we are living in a post-Maccabee world and that, along with the miracle of the oil, means something. But I know I can’t be the only one who longs for the days when the academy was limited to those who professed a belief in the pantheon and had foreskin.

These days it’s just too hard to know who’s in charge. One minute it’s a white guy, the next it’s a black guy and now it’s an orange guy. I can’t keep track and it makes me want to go back to bed. I can’t be the lone voice missing the days of a clear-cut ruling class and a violently imposed monoculture. Can I?

On Hanukkah: Why We Miss The Seleucids