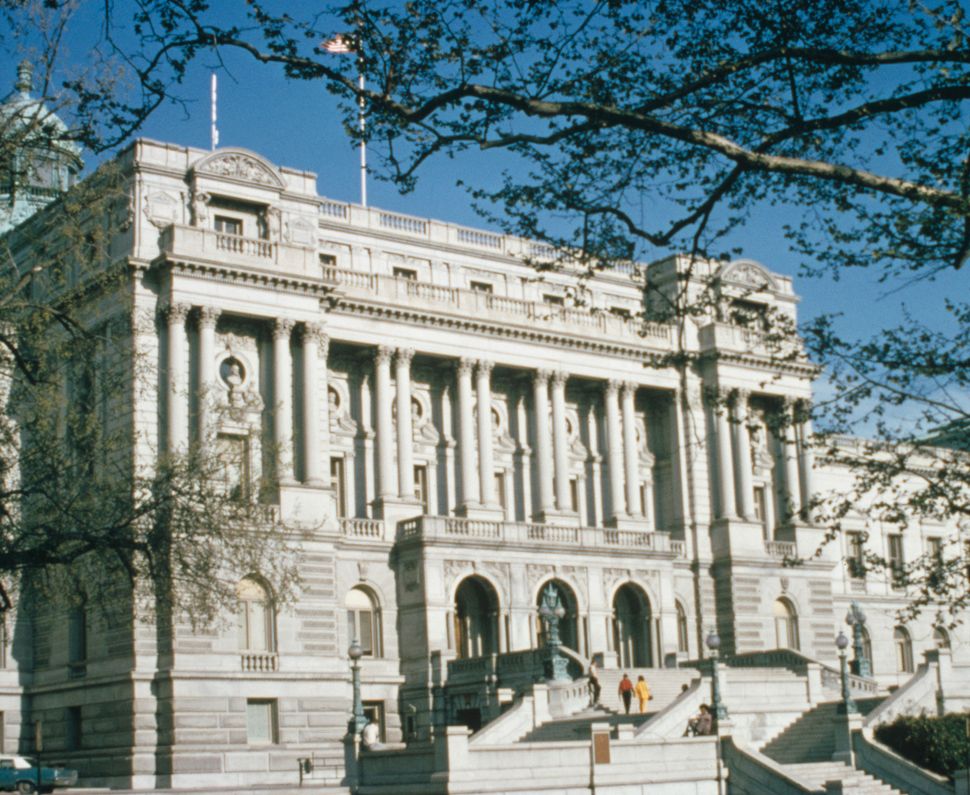 The Library of Congress in 1960. Image by Harvey Meston/Getty Images

What do genetically-engineered dinosaurs, sailors on shore leave, Victorian flower girls and a homicidal novelist have in common? They’re all being added to the Library of Congress this year.

The National Film Registry, now in its 30th year, has announced its 2018 selections for motion pictures to be preserved on Capitol Hill for their cultural, historic and aesthetic significance to American cinema. Since 1989 the registry has selected 25 films to add to its collection annually.

Steven Spielberg’s 1993 blockbuster “Jurassic Park,” in which dinosaurs run amuck on a Costa Rican island and a buff Jeff Goldblum recreates “The Creation of Adam,” is being inducted this year. Joining it is John M. Stahl’s 1945 noir “Leave Her to Heaven” starring Gene Tierney and Cornel Wilde.

Singing among the 25 picks is 1949’s “On The Town” co-directed by Stanley Donen and Gene Kelly with songs by Leonard Bernstein. (The film, adapted from a musical of the same name, discarded a number of Bernstein’s original songs for some by Roger Edens; Bernstein subsequently boycotted the film.) Another musical, 1964’s “My Fair Lady” directed by George Cukor from the 1956 Frederick Loewe and Alan Jay Lerner stage musical, is also being recognized.

Stanley Kubrick’s 1980 horror flick “The Shining” might spook visitors to the Library of Congress, whereas James L. Brooks’ 1987 comedy “Broadcast News” may give nearby lawmakers flashbacks to their time on local DC news stations.

“Brokeback Mountain” is joined by another film that broke with social convention: the 29-second-long 1898 film “Something Good – Negro Kiss,” which is believed to be the first footage of a black couple kissing, a sight that, according to the Library of Congress website was then considered “risqué.”

Two films by black female directors, the 1997 drama “Eve’s Bayou” by Kasi Lemons and the 1984 cartoon “Hair Piece: A Film for Nappy-Headed People” by Ayoka Chenzira are also being inducted. “Smoke Signals” the 1998 thought to be the first written, directed, produced by and starring Native Americans is set to enter the Library of Congress as well.