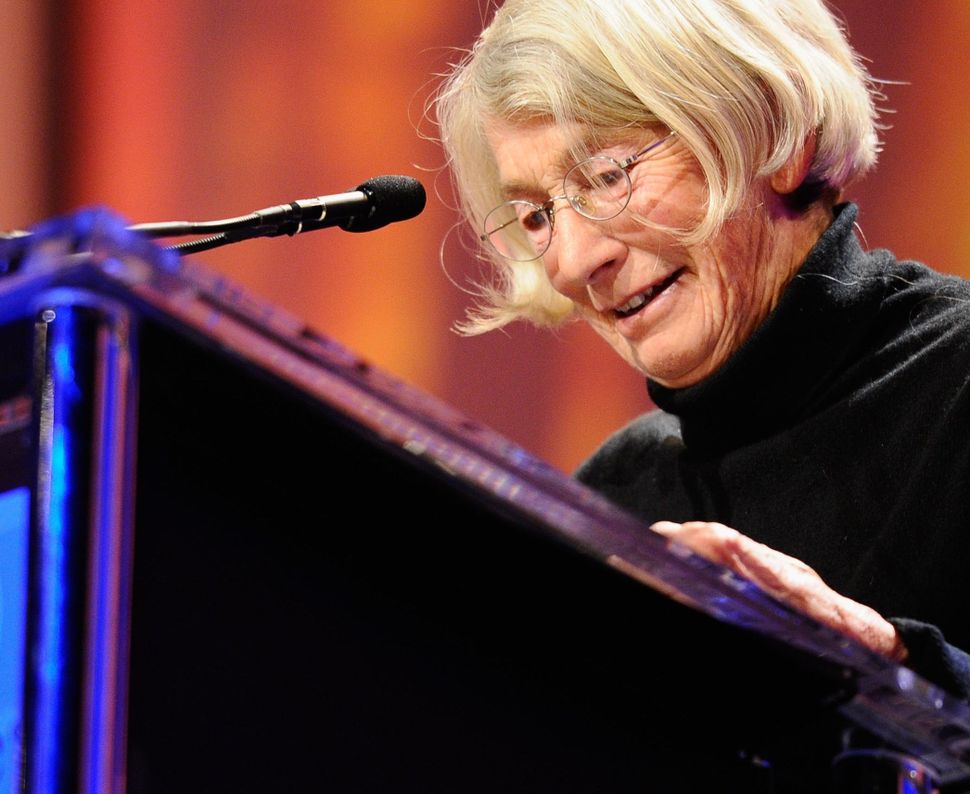 Is it possible to be born in a place that sounds more poetic than Maple Heights? That was where Mary Oliver came from: Maple Heights, Ohio. Not everyone from that town was destined to live out the lyric simplicity promised by their birthplace’s name, but Oliver was, and she did.

The Pulitzer Prize-winning poet, who passed away on January 17 at age 83, was a voice of clarity in American letters. Her work, spare and full of silence, was often out of style. She was dismissed, by some who claimed authority, as a common kind of poet, not especially interesting, radical in neither subject nor form.

But when it came to the dimensions that most matter, those of language and soul, Oliver was unique. She could show you the world just as it was, and in doing so make it seem entirely new.

“What Is It?” she asked in 1990, looking with bright wonder at a pond. “Now the soft/eggs of the salamander/in their wrappings of jelly/begin to shiver,” she wrote. The pond was an ecosystem that revealed every necessary secret about life. Those eggs? “They’re tired of sleep./They have a new idea./They want to swim away/into the world.”

In Oliver’s vision of the natural world, aesthetics had a unique moral value. It was not right to be beautiful or wrong to be ugly; it was just good to look at the world, so intently that you could feel its most minute shifts in your own body. “The Real Prayers Are Not the Words, But the Attention that Comes First,” she wrote in 2005. A hawk glides on the wind; “Speed, obviously, was joy.” The speaker, watching the bird, sees it plummet to the ground and rise again with prey; “and it flew off as my mind sang out oh/all that loose, blue rink of sky, where does/it go to, and why?”

Oliver’s images were profoundly American; she drew a landscape of abundance, wonder and danger, linked together as if by right. But there was another layer of danger: That created by humans, of whom Oliver’s opinion was unvaryingly skeptical. Contrast “Death at Wind River” (1986) with “Death at a Great Distance” (1988). In the former, a group of people — presumably residents of the Wind River Native American reservation in Wyoming, which Oliver wrote about multiple times — live a life haunted by the violence they have suffered: “They have raged drunk over their old grandmothers./They have stumbled on the ghosts of the children./After all that, their nerves click like frozen leaves.” In the latter, a natural source of death is seen as beautiful rather than simply cruel. A water moccasin, a poisonous snake, slides toward a body of water, “the hundreds of ribs/housed in their smooth, white/sleeves of muscle moving it/like a happiness/toward the water.” The speaker watches in silent awe: “it fell/like a stream of glowing syrup into/the dark water.”

With her great spiritual link with America’s land, and her wary, honest gaze at the people who lived and fought on it, Oliver became the voice of something essential and unsung about the country. She became the voice of its natural soul. The soul each of our ancestors was drawn to, and had to learn to live with. The soul that so often feels separate from our daily questions of identity and community and spirituality, even now. Yet it’s always there, no matter who you are, what religion you believe in or what you think of the country that happens to be yours. Oliver knew that: She saw in the trees outside your house, the fields beside your train, the smallest living creatures — those salamander eggs — that you’ll likely never see.

She died in Hobe Sound, Florida. It reads almost like a joke. Hope is promised, but something goes wrong along the way; human error is eternal. In Hobe Sound you can see the ocean as it stretches east. Nature is a mystery there, deep underneath the surface. Oliver might have watched the waves, and wondered what they promised. It was surely beautiful. The world, for its many flaws, invariably was.