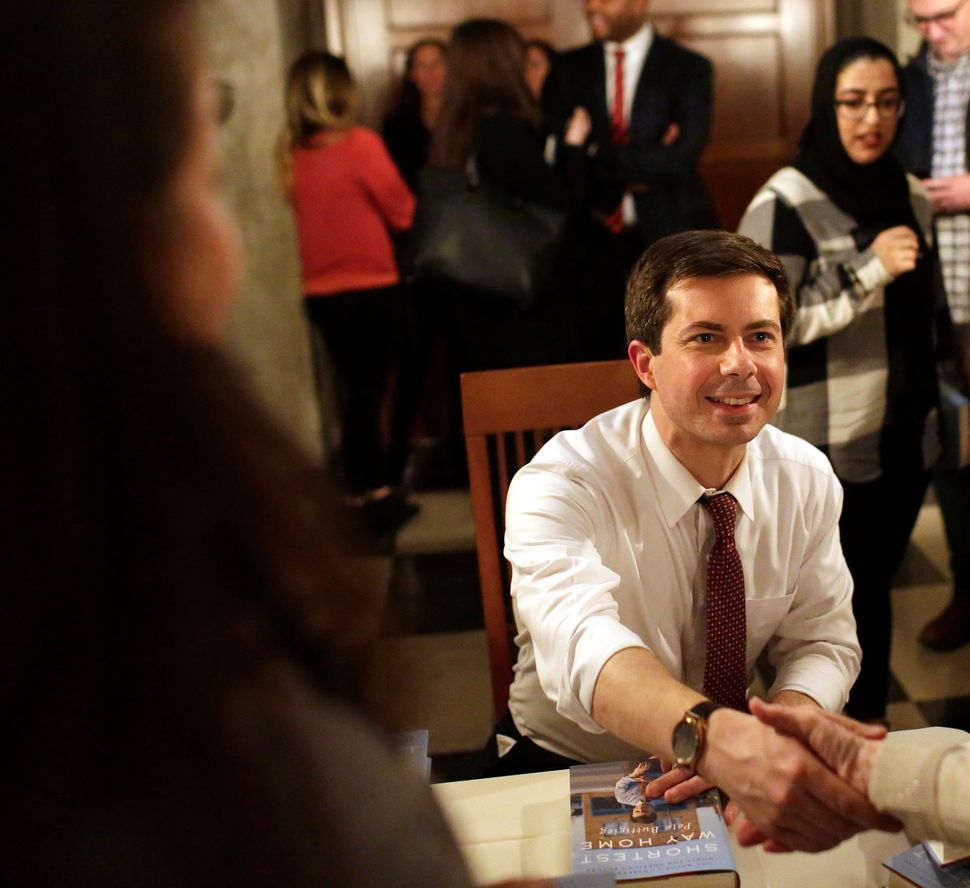 37-year-old South Bend, Indiana Mayor Pete Buttigieg is a longshot presidential candidate in an already crowded Democratic field. At press time he’s still jockeying for the 65,000 individual donors needed to qualify for the first round of Democratically-sponsored debates in June. Meanwhile, Independent Senator Bernie Sanders has raised $10 million for his campaign less than a week after his campaign announcement.

But the two competing candidates, who both support progressive policies like Medicare for all, are simpatico on more than just a platform level. It looks like Sanders served as an early inspiration for Buttigieg’s political career.

The essay, which resulted in a cash prize and photo op with JFK’s daughter, Caroline Kennedy, praised Sen. Sanders as a tonic for post-millennium political cynicism with his commitment to bipartisanship and proud profession of his socialist ideals.

“Sanders’ courage is evident in the first word he uses to describe himself: ‘Socialist,’” Buttigieg wrote. “Even though he has lived through a time in which an admitted socialist could not act in a film, let alone hold a Congressional seat, Sanders is not afraid to be candid about his political persuasion.”

Ironically considering the events of 2016, he also praised how Sanders weathered “criticism from the far left when he chose to grudgingly endorse President Clinton’s bids for election and re-election as President,” noting that the Vermont senator, when pressed about why he backed his one-day rival’s husband, “explained that while he disagreed with many of Clinton’s centrist policies, he felt that he was the best option for America’s working class.” Sanders only gave Hillary this kind of nod at the bitter end.

Buttigieg, who, if elected, would be the youngest and first openly-gay president, concluded that Sanders “represents President Kennedy’s ideal of ‘compromises of issues, not of principles.’” But Mayor Pete also leaves contemporary readers with a foreshadowing of his own future modeled on Sanders’ example.

“Above all, I commend Bernie Sanders for giving me an answer to those who say American young people see politics as a cesspool of corruption, beyond redemption,” Buttigieg wrote. “I have heard that no sensible young person today would want to give his or her life to public service. I can personally assure you this is untrue.”