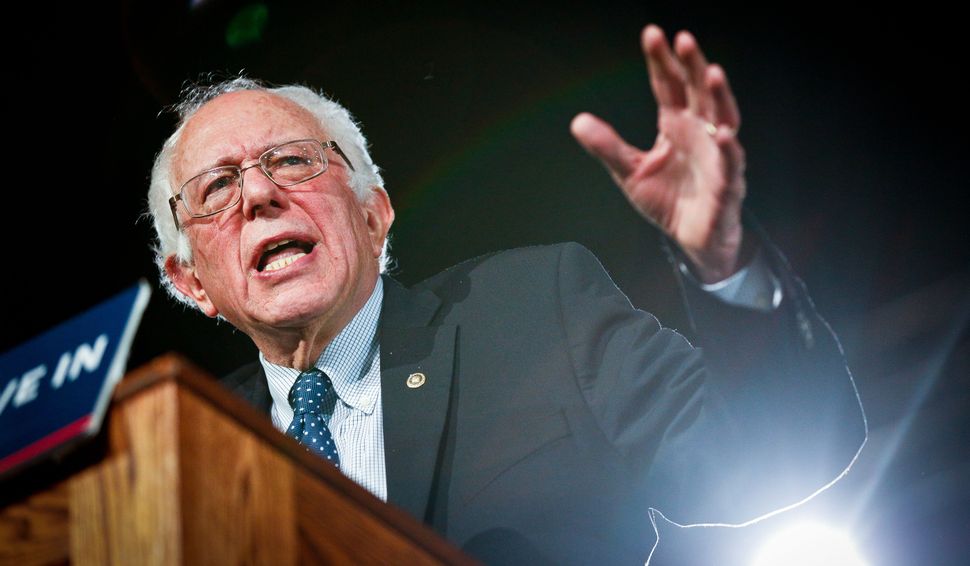 Bernie Sanders at a rally in 2016. Image by Getty

The 2020 campaign launched on Tuesday morning with an email to supporters and a tweet which included a nearly 2-minute campaign video and a request for support.

“I’m running for president. I am asking you to join me today as part of an unprecedented and historic grassroots campaign that will begin with at least 1 million people from across the country,” the tweet said, and provided a link to a fundraising page.

He is seeking the nomination of the Democratic Party, despite an unsuccessful bid in 2016. He is a self-described democratic socialist.

Sanders, 77, who was reelected for a third term to the Senate from Vermont as an independent last year, had been dropping hints for months that he would run for president.

“We began the political revolution in the 2016 campaign, and now it’s time to move that revolution forward,” Sanders told Virginia Public Radio on Tuesday morning.

His 2016 campaign recently came under fire for failing to adequately address allegations by female staffers that they suffered sexual harassment from campaign officials.