Before You Check Out Of ‘Captain Marvel,’ Check Out These Jewish Superheroes 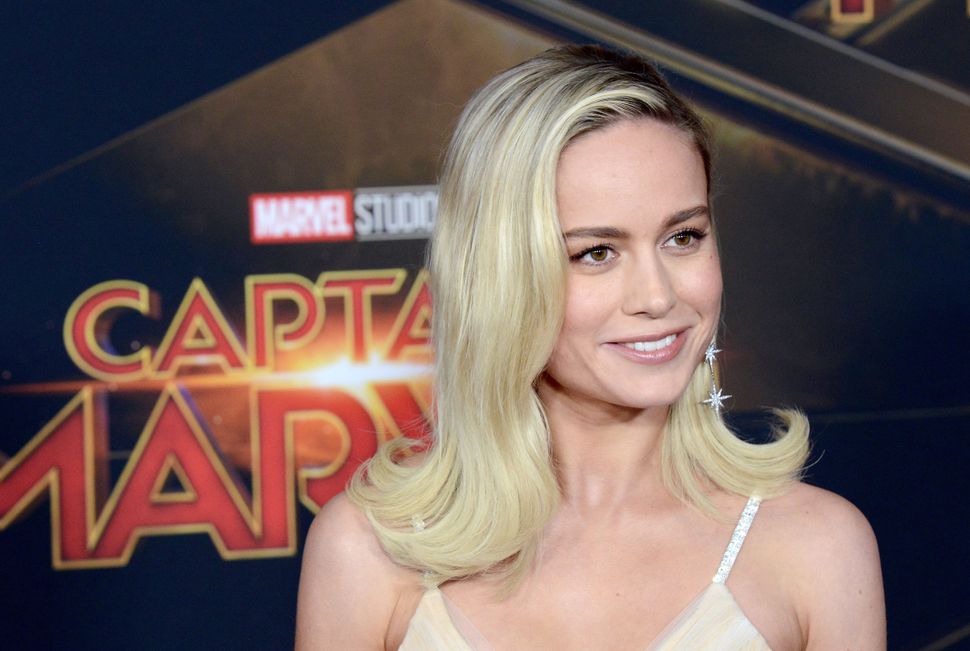 A lot of nerdy men are upset about Captain Marvel.

These men are so upset, they forced Rotten Tomatoes to revise its ratings policy due to score sabotage for the flick, which premieres March 8. Their gripe? Star Brie Larson wants more inclusive press junkets (and also she’s a woman). This type of regressive hissy fit by men’s-rights types is odious, but the outrage machine in geek culture isn’t exclusive to people with old-school gender politics. Quite recently, progressives have also voiced their displeasure over the cinematic and television casting of their favorite comic characters. As with everything comic book-related, the Jews play a part in this.

When the CW announced in August that Australian actress Ruby Rose would be playing Batwoman in a forthcoming series, the internet went wild.

While many in LGBTQ corners cue the batfetti for the casting of an out, gender queer lesbian as a the canonically gay Kate Kane, scores of others in the same camp objected on the grounds that Rose isn’t – like her character – Jewish. The contentious choice proves that the battle for representation needs some more heroes in the mix.

Thankfully, there’s a solid, super-powered lineup of chosen people to consider before we head into the landmark, female-led “Captain Marvel” and the climactic “Avengers: Endgame” in the coming weeks. Here’s a rundown of Jewish superheroes, in no particular order. In honor of Rose’s controversial casting, we’re also appraising the actors who’ve played them. 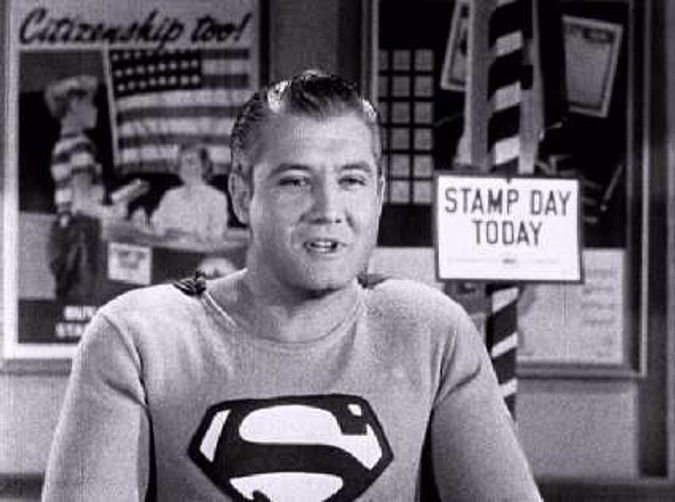 Whole books have been devoted to Superman’s Jewish bona fides. Sure, he hails from the red sun planet of Krypton, light years from the vistas of Zion. But his alien status is exactly what made him Jewish when first-generation kids Joe Shuster and Jerry Siegel dreamed him up. Superman (Kryptonian name Kal El) arrives as a babe, Moses-style, to a new world and has a vast, ancient culture he can’t express for fear of ostracism. He’s also a mensh who goes into journalism and for those yiddy qualities we’ll let the whole Indiana cornfield thing slide.

Actors Who’ve Played Him: Feh. Goyim from Reeve to Reeves to Routh — but at least they have a basketball league. 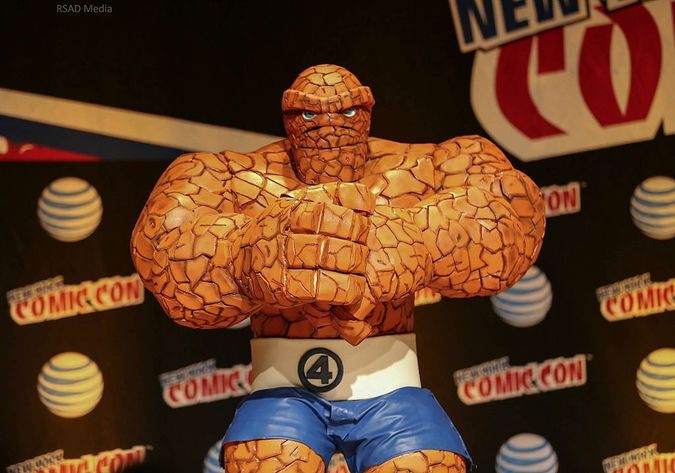 Ben Grimm aka “The Thing.” Image by Creative Commons

The Thing is essentially a golem. But before he morphed into a hulking rock dude, he was Benjamin Jacob Grimm of Yancy Street on the Lower East Side. His early life was based on that of his co-creator Jack Kirby. While the famed metamorphic man’s Jewish foundations were buried in early issues of “The Fantastic Four,” later comics saw a young Grimm reciting the Shema prayer and having a bar mitzvah on his thirteenth anniversary of living as an animate boulder (thankfully don’t ever see him re-up on his bris). Kirby even drew The Thing on his family’s Hanukkah cards in 1976.

Actors That Played Him: Michael Chiklis is Greek and Irish. Jamie Bell is English, but has played Jews before and was married to Evan Rachel Wood, who described herself as Jewish. Not much there. But Jewish actor David Cross, as Tobias Fünke, did present a bootleg “Thing” as part of an unauthorized musical version of the Fantastic Four on the lamentable fourth season of “Arrested Development.”

This is a Jewish name? Surprisingly: Yes. It used to be “Prydeman.” Kitty is the granddaughter of a Holocaust survivor. She proudly wears a Magen David and her faith spared her an ugly death at the hands of Magneto, who saw something of himself in her.

Actors Who’ve Played Her: Ellen Page served her turn as this mutant who can walk through walls. She isn’t Jewish

Magneto is essentially a version of Nazi hunter Simon Wiesenthal who can bend steel girders with his mind. You can’t get much more Jewish or tragic than his origins, which shaped his philosophy to protect disenfranchised mutants by targeting humans that seek to do them harm.

As a child, Magneto, born Max Eisenhardt, fled his native Germany with his family after the Nuremberg Laws were passed. After arriving in Poland, they were captured and deported to the Warsaw Ghetto. Another escape followed and Eisenhardt’s father and sister were killed and he was buried alive in a mass grave alongside them. Shortly thereafter the Nazis deported him to Auschwitz, where he was a sonderkommando but escaped in the October 1945 revolt.

More tragedy followed Max (who changed his name to Magnus) to the Ukraine. His lover was killed and, in retaliation, he murdered a good chunk of Vinnytsia. On the lam, he rebranded himself as Erik Lehnsherr, ultimately immigrating to Haifa. In Israel he met Professor Charles Xavier and the rest is comics history. 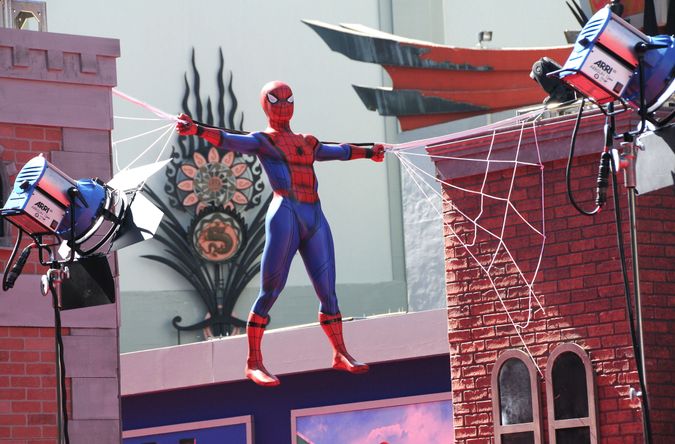 In “Spider-Man: Into the Spider-Verse” one version of the webslinger is seen smashing a covered glass at his wedding to Mary Jane Watson. We’ll take it.

Actors Who’ve Played Him: Andrew Garfield in “The Amazing Spider-Man” films is a Jew, and Jake Johnson, who voice “Peter B. Parker” in “Into the Spider-Verse,” has a Jewish dad. Tobey Maguire, the original cinematic Spidey is not Jewish but he did play self-hating Jew Bobby Fischer and Kevin Kline played his WASP-y dad in “The Ice Storm.” 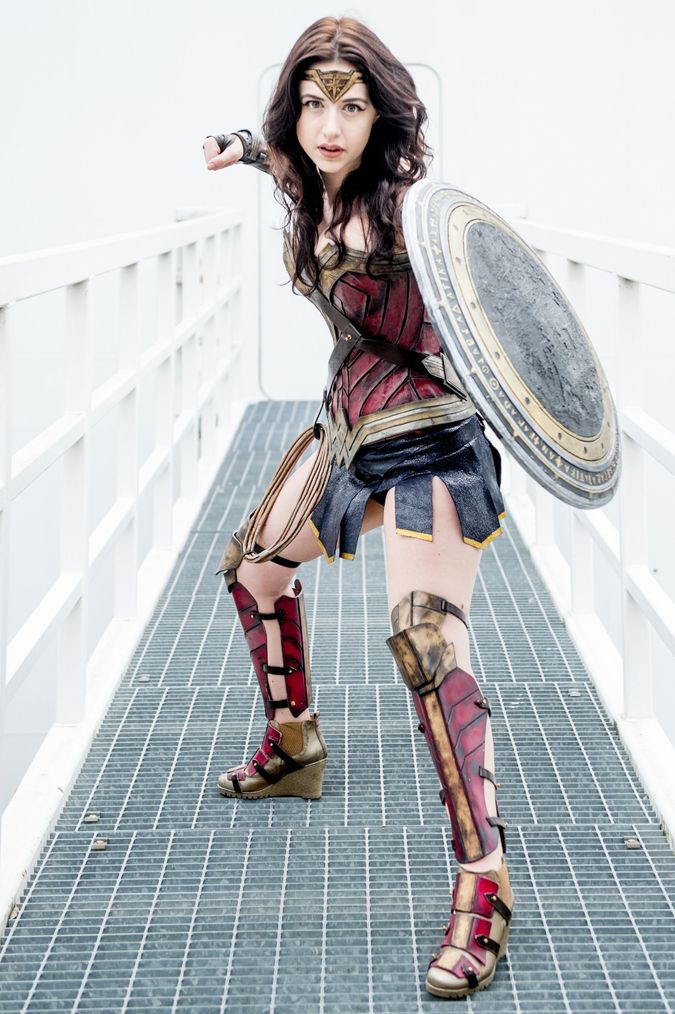 A cosplayer as Diana Prince aka “Wonder Woman.” Image by Getty Images/Ollie Millington/Contributor 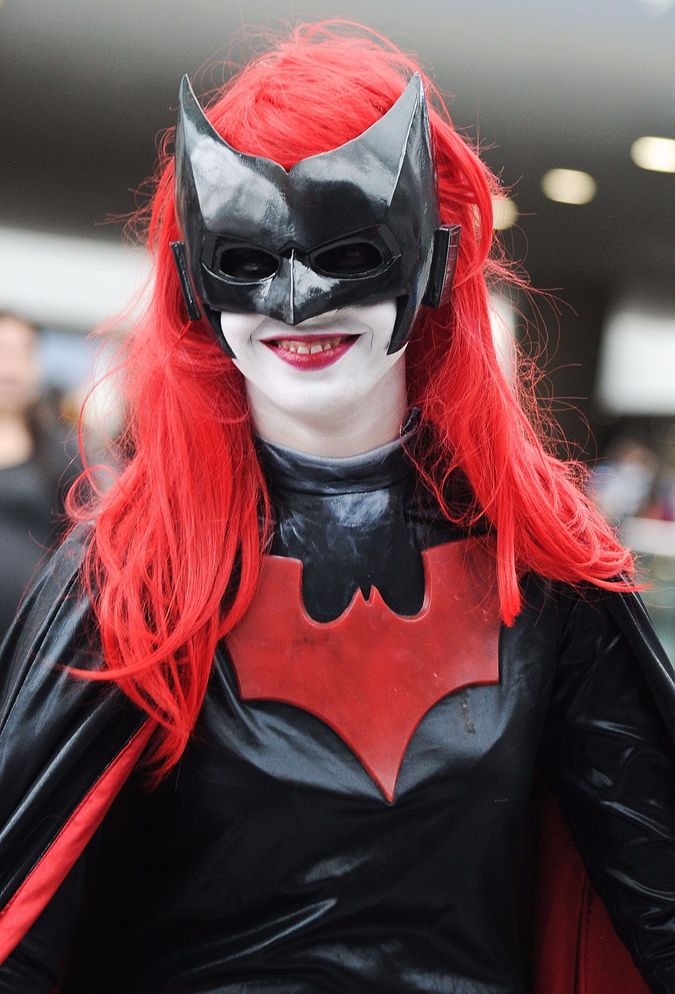 A cosplayer as Kathy Kane aka “Batwoman.” Image by Getty Images/Daniel Zuchnik/Stringer

For all of the kerfuffle about the casting of Ruby Rose, we never see this character in shul. We know she celebrates Hanukkah and… that’s about it? Honestly, Barbara Gordon (Batgirl) is a much more Jewish name anyway.

Actors Who’ve Played Her: We’ve been over this (see the fourth paragraph).

A few very minor characters DC and Marvel characters are either very explicitly linked to Israel or just have ostentatiously Jewish names. Scores more are known to be part Jewish (looking at you Songbird and Booster Gold) but don’t have too much in the way of Jew-y plot points and, for that reason, don’t make the cut. Here are some minor players that bear mentioning.

Albert Rothstein (The Atom Smasher aka Nuklon) is a member of the Justice Society who refused the advances of Justice League member Fire because she wasn’t a member of the Tribe.

Masada is an Israeli woman, Deborah Konigsberg, who can turn into a giantess by summoning the spirits of the soldiers fallen at the eponymous ancient fortress. Sabra is also, well, a Sabra, who [grew up in a Kibbutz](https://marvel.fandom.com/wiki/Ruth_Bat-Seraph_(Earth-616 “grew up in a Kibbutz”)) and was in the Mossad. She’s strong and fast and has cool gear. Sometimes her costume looks like the Israeli flag.

Seraph is a superhero who feels like he was dreamed up by a focus group of rabbis to get kids to think being Jewish was cool. In short, he’s kinda lame. Shoehorned in as the Israeli representative of the “Super Friends” comics’ Global Guardians, he’s basically just a bookish schoolteacher who wears a sash. His powers are derived from the aforementioned sash (the mantle of Elijah which gives him protection), the staff of Moses (which can extend to any length and morph into a snake) and the magic ring of Solomon (for wisdom). And, as he’ll tell you, “the strength of Samson resides in my hair!” He can also lose his powers if he commits sins and only gets them back after Yom Kippur passes. Nice try, DC.

Walter Langkowski (Sasquatch) is Polish-Jewish by way of Canada. He can turn into a big hirsute beast. Esau anyone?

The Escapist had a short Dark Horse Comics run off of Michael Chabon’s “The Amazing Adventures of Kavalier and Clay.” Based on Houdini, his alter ego doesn’t appear to be Jewish (last name’s Mayflower, so…) but his fictional creators, cousins Sam Clay and Joe Kavalier, certainly were.

Legion (aka David Haller) is Professor X’s child with a Jewish Israeli woman. By Halakhic law he’s one of us. Dan Stevens, who plays Legion on the TV show of the same name, is from Croydon, but he likes Bernie Sanders.

Gertrude Yorkes of “The Runaways” is similar to a lot of Millennials in that she identifies as culturally Jewish and religiously agnostic and (like Stevens) has socialist leanings. Unlike most Millennials, she’s psychically linked to a genetically-engineered dinosaur. Ariela Barer, who is Mexican and Jewish, plays Gert on Hulu’s “Marvel’s Runaways.” Like Ruby Rose, Bowers is also gay. These credentials established, people on the internet are presently only upset with the actress’ body type.

Before You Check Out Of ‘Captain Marvel,’ Check Out These Jewish Superheroes