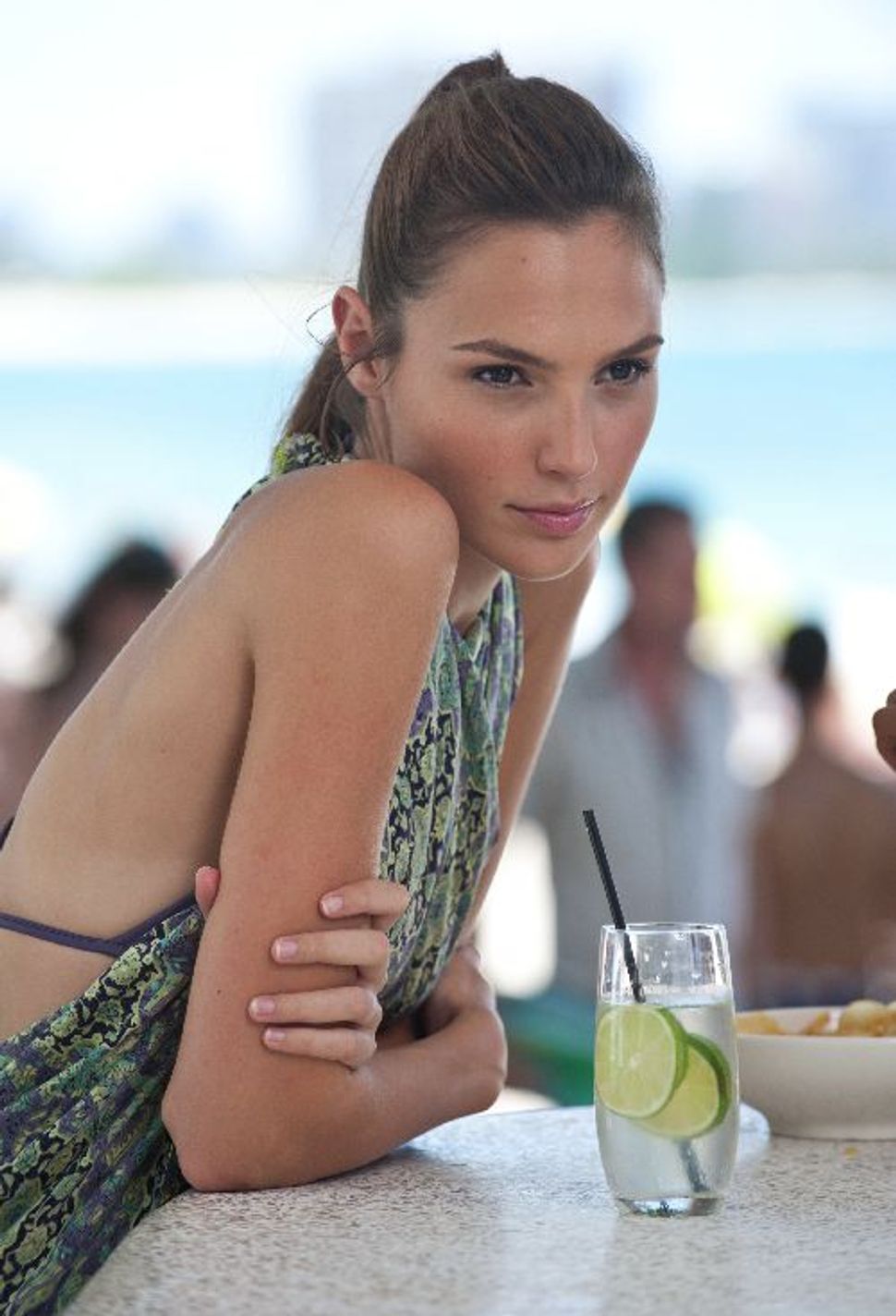 Every high-speed action flick needs a scantily clad woman to help kick some criminal butt. In the case of the newly released “Fast Five” and following Wonder Woman that woman just happens to be a former Miss Israel. Model and actress Gal Gadot, a veteran of the Israel Defense Forces and numerous magazine covers, plays Gisele Harabo in the film, which is the fifth installment in the canon of “The Fast and the Furious.” (Gadot’s character was first introduced in the fourth installment, “Fast & Furious.”)

The viscerally satisfying movie has already garnered its share of accolades: Its opening weekend brought in an astounding $83.6 million (making it the highest-grossing April film opening ever).

From Israel, Gadot spoke to the Forward’s Curt Schleier about the film role and a nagging magazine cover that continues to draw ire.

Curt Schleier: Tell us about your character and how she evolved.

Gal Gadot: In the fourth film, I was the right hand of the leader of a drug cartel in Mexico. We established in her history that she was just supporting her family. And when she had the opportunity, she helped Dom [played by series star Vin Diesel] and eventually became an ally. One of the things I like about her is that she always leaves you craving to know more about her.

Giselle is not Israeli. How was it decided to now have it that she worked with the Mossad?

You don’t have to be an Israeli to work with Mossad. [Director] Justin Lin and I knew we were going to work on [three films together], and we wanted her to evolve. I think the main reason was that Justin really liked that I was in the Israeli military, and he wanted to use my knowledge of weapons.

What was your input?

At the beginning in the script, Gisele wasn’t one of the guys [in the caper gang]. It was really important to make her one of the guys. She’s a woman and very feminine, but at the same time has to be strong and tough and equal to them.

Tell me a little about growing up in Israel.

My parents are sabras. I was born in Tel Aviv and had a normal life until I was 18, just before I was scheduled to go into the army, when I won the [2004] Miss Israel pageant.

That was my entrance into the modeling world. I rescheduled my army time and started working as a model [for three years]. Then I went into the army and served as a [fitness] instructor, and when I was released, I was fortunate enough that my first picture was “Fast & Furious.”

You were involved in a controversial photo shoot that landed you on the cover of Maxim’s July 2007 issue. How did that happen?

In cooperation with Maxim, to bring more tourism to Israel, [the Israeli Ministry of Tourism] was going to start this huge campaign using pictures of girls in the military in bikinis. Some of the women in the Knesset didn’t like the idea of using girls in that context. The next thing I know, I was giving out interviews on Fox 5 and was on the cover of the New York Post.

Did you have a problem with it?

Not at all. I’m a model, not a doctor. When you are a model, your job is to take pictures in a bathing suit. There’s nothing provocative about that.

Gal Gadot and her husband, Yaron Versano, are now co-producing a movie about Fidel Castro.