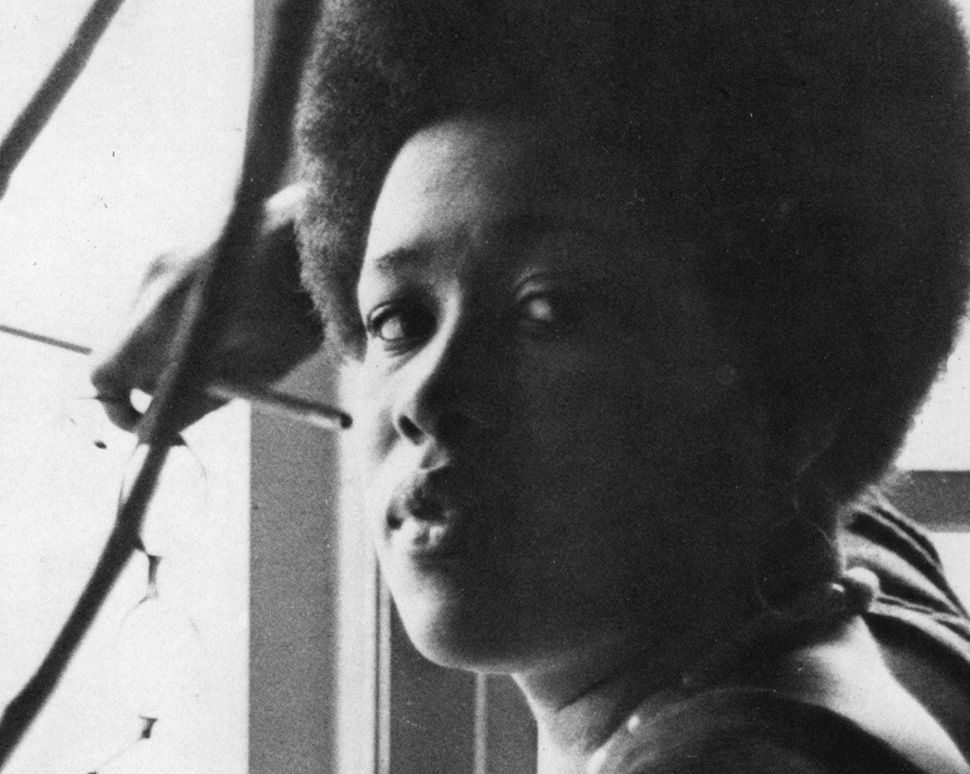 Fran Ross Image by Courtesy of the Fran Ross Estate

Fran Ross was black and Jewish, and she wanted you to know just how difficult that identity could be to manage. In her only novel, “Oreo” (1974), the Jewish Samuel Schwartz and black Helen (Honeychile) Clark make a match, an attachment that provokes outrageous reactions in both their parents.

“When Honeychile had broken the news about Samuel and called herself Hélène Sun-See-A-Ray Schwartz, she had also broken a blood vessel in her father’s brain,” Ross writes. At the mercy of that broken vessel, James Clark’s body locks into the shape of a “half-swastika” – “he managed to croak one anti-Semitic ‘Goldberg!’ before he turned to stone, as it were” — with which his young grandchildren play: “Whenever Louise waxed the kitchen floor, they would get James onto a throw rug and drag him into the kitchen, where they would give him a nice spin and watch him revolve, his half-swastika doubling in the shininess.”

But Frieda Schwartz does him one better. When her son tells her he’s marrying Clark and dropping out of school, “she let out a great geshrei and dropped dead of a racist/my-son-the-bum coronary.”

Such is the origin story of Oreo, whose given name is Christine Clark. Schwartz and Clark’s marriage doesn’t last, and while Clark remains present in the lives of Oreo and her brother Moishe, albeit often distantly, Schwartz disappears, leaving a cryptic instruction for Oreo to come find him once she’s grown up.

Well, she grows up, and makes a decision: “I’m going to find that fucker.” Theseus, the mythical model for Oreo’s ensuing quest, likely wouldn’t have put it in quite those terms.

“Oreo” was a flop upon its initial release, but gained a cult following in subsequent decades. On the occasion of its 2015 re-release, the work gained raves for its unique, blissfully irreverent approach to often angst-marred questions of race and identity in America. One approach to dismantling anti-Semitic stereotypes of Jewish wealth and greed is to earnestly confront them. Another is to, as Oreo does, invent and stand by the term “a rothschild of rich people.”

“Ross knows that ‘mixed’ is never fixed,” the Man Booker Prize-winning novelist Marlon James wrote of “Oreo” in 2018. “There are times in the novel when Christine is 100% black, other times 50%, and other times 25%.” The languages — English, Yiddish, African American vernacular, etcetera — and ideas in the book are so rich and varied that, James, wrote, “a page can look like a table last seen on the blackboard in a chemistry class, rather than in a novel.”

Ross was 39 when “Oreo” was published, a Philadelphian who moved to New York to work in the media. She had a wicked sense of humor in life as well as prose. She did not live on the Upper West Side; she lived, as she wrote in Essence in 1979, “a bagel’s throw from Zabar’s.” Her middle name was Dolores, and she had a habit of signing letters “FDR.” Like so much of her humor, the joke was more loaded than it initially appeared. Looking, as Ross did, at the posh and purist white world that Franklin Delano Roosevelt occupied, what could be more unlikely than a black, Jewish girl — with a full afro — referring to herself by his revered acronym?

As Danzy Senna noted in her foreword to the 2015 reissue of “Oreo,” the novel “is one of the few works of satire written by African American women.” Just as bold as stepping into a field in which, Senna wrote, “black women are far more likely to be the objects rather than the authors of parody and satire,” was Ross’s choice to flout the often strict, if unspoken, artistic norms of the two communities to which she belonged. The Black Arts movement, then at its apex, was the cultural companion to the Black Power movement; it engendered enormous creativity, but also encouraged a somewhat narrow definition of what might appropriately count as black art. The Jewish world, despite its penchant for comedy, never took kindly to a brand of humor that skewered the subject of Jewish racism, sensitive now as then. Was the world ready for, as Senna wrote, “a Jewish immigrant who retains a voodoo consultant named Dr. Macumba?” Apparently not.

In 2019, the ferociously blended identity to which Ross gave voice remains as boundary-breaking as ever. The interests of people of color and Jews are, in the political world, constantly depicted as being at odds. “It may have been first published more than 40 years ago,” Dwight Garner wrote in The New York Times in 2015, “but its time is now.”